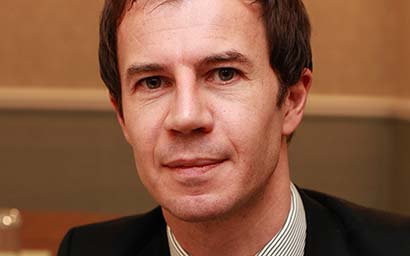 In the past few months, an alternative term for the AI acronym has emerged – augmented, rather than artificial, intelligence. Admittedly, very few things prefixed with ‘artificial’ have ever caught on – from artificial food colourings to the artificial football pitches that were popular for a few years back in the 1980s before falling out of favour.

Artificial intelligence has faced its own critics recently, many of them concerned about the social implications should AI-powered robots replace human portfolio managers. Consequently we have seen a pivot towards the idea of augmented intelligence where the technology is used to arm portfolio managers with tools to help inform their decisions rather than making them on their behalf.

As the behavioural scientist Greg Davies says on p11, the focus is on emulating Iron Man rather than recreating the Terminator, or developing neural prosthetics rather than building autonomous robots.

There are also those who feel the artificial intelligence tag has been bandied about too readily and applied to tools or products that merely exhibit automation or simple rules-based algorithms. Hence the augmented intelligence tag manages users’ expectations and stays on the right side of the technology purists.

Whether the tag endures will have to be seen. Maybe it will be replaced in time by another word beginning with ‘a’. Active? Alpha? Or maybe, in the end, it will be about ‘actual intelligence’.