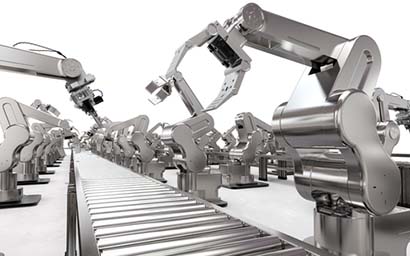 Nicholas Pratt examines the investment opportunities from emerging technology such as artificial intelligence, plus the potential risks.

A recent research paper published by JPMorgan asset management (JPMAM) has forecast that the unprecedented speed of technological advancements could add as much as 1.5% to global real GDP in 10-15 years.

Furthermore, JPMAM believes that a number of emerging technologies have advanced to the point where they are “investible now” and the potential boost to long-term GDP growth could translate to as much as a full percentage point higher average equity returns over the next  10-15 years.

The report, ‘Technology, Productivity and the Labor Force – the impact of technology on long term potential economic growth’, identifies five technology developments: cloud computing (which is fuelling start-ups); the internet of things and its generation of new business models; robotics and the potential for increasing productivity and competitiveness; blockchain technology, which could reduce transaction costs and reshape settlement and record-keeping processes; and artificial intelligence (AI).

The report also lays out challenges that will come as a result of the technological advancement, not least the rapid development and deployment of AI and its effect on global labour practices.

According to JPMAM, ensuring a positive outcome for the global economy will be dependent on the ability to keep pace with technological change and develop appropriate new skills and it envisions a changing role for governments in helping workers and the broader economy to adapt.

But why now? What makes this technological revolution any different from the others that have come before it and worthy of the fourth industrial revolution (4IR) tag? A big difference is that AI is now automating brains as well as brawn, says Shrenick Shah, portfolio manager, multi-asset solutions and one of the authors of the report.

New and emerging technologies are creating positive feedback loops resulting in more innovation and adoption. A manifestation of this has been increasing data generation flow. High volumes of data generation, cheaper costs of storing this data, better algorithms and higher processing power in terms of chips are all critical enablers of AI and automation, says Shah.

Research from PWC shows that by 2030, ai could increase global GDP by 14% ($15.7 trillion), making it “the biggest commercial opportunity in today’s fast- changing economy”. Of this, $6.6 trillion will come from increased productivity via automation and the other $9.1 trillion from increased consumer demand as a result of more personalised services, says PWC. But the report has some caveats, noting that “there will be many positive or negative forces that either amplify or cancel out the potential effects of AI” such as shifts in global trade policy, geopolitical shocks, economic booms or busts or different rates of adoption in different geographies or sectors.

Furthermore, what if AI adoption is faster or slower in certain geographies or if the predicted improvements in product quality do not happen? Consequently, PWC is stress-testing the quantitative effect of several scenarios based on the timing and extent of AI adoption.

But the biggest issue is how AI, robotics and automation will affect employment and labour practices. The World Economic Forum’s ‘Global Risks Report 2017’ focused on the risks posed by emerging technologies and the 4IR. One concern is how to govern emerging technologies – strict rules can restrict development but so can regulatory uncertainty. “Investors will be reluctant to back the development of technologies they fear may later be banned” from irresponsible use in the absence of regulation.

Millions of jobs
The report also looked at potential disruption to the labour market from AI. “With incomes pushed down and unemployment pushed up in affected sectors and regions, there is a risk of social instability,” it stated.

This risk is especially acute in Asia-Pacific, where automation could displace thousands of low-paid workers. The International Labour Organization (ILO) has forecast that millions of jobs in southeast Asia will be lost to automation in the next two decades. And Raghuram Rajan – former chief economist of the IMF and former governor of The Reserve Bank of India – pinpointed technological advances as a major cause for the loss of manufacturing jobs, discontent with trade and the rise of populism at an IMF meeting earlier this year.

Another question is how the investible qualities of the identified technology should be reflected in a fund. AI has become an area of focus for many ETFs and a category in itself among many of the ETF research sites.

According to ETF Database, which defines an AI ETF as one that has at least 25% portfolio exposure to ai-related companies or uses AI methodologies to select securities for the fund, the top five AI ETFs in the US have combined assets under management in excess of $100bn. More than half of that total ($58.6 billion) is taken up by Invesco’s PowerShares QQQ but there are more AI-powered ETFs launching, including the Horizons Active AI Global Equity ETF, which launched on November 1.

In October, London-based investment manager Polar Capital launched an automation and ai fund that will focus on industrial use of the technology as well as machine learning and robotics. it will aim to outperform the global equity benchmark, the MSCI ACWI index.

In terms of multi-asset investing, JPMAM’s Shah sees investment opportunities across the production line, from the manufacturers of the components (semiconductors) right down to the end digital product.

The semiconductor equipment manufacturers are an obvious investment candidate, says shah. “we have a firm conviction around these mega-trends such as internet of things, connectivity via 5g and cloud computing.

We know these will require an increasing volume of semiconductors, in particular memory. One of the ways we’re exploiting this is to invest in the companies that build the machines that produce semiconductors.

“This is a play on long-term secular trends as we expect semiconductor demand to remain high for a long period. We also have increasing capital intensity as these chips are required to become faster and smaller, requiring higher levels of capital expenditure. Finally, the barriers to entry to produce this high-tech machinery are very high.”

Another beneficiary from the technology trends are those companies that benefit from increasing internet usage or monetisation of digital ad spending, the obvious one being google. But it is not just a case of identifying successful tech companies. Rather it is about assessing the impact of technology on all industries and the investment implications, says Shah.

“Technology is too important to ignore in terms of our investment process. We have realised that more and more of our investment decisions require a tech context. so to invest in European utilities, you need to understand how the relevant developing trends, such as the disintermediation of the power grid through technology, may affect business models. what are the technology roadmaps, the chances of disruption and how will incumbents defend them against new entrants.”

Disruption
One area where the JP Morgan Global Macro Opportunities Fund is currently short is in consumer staples, says shah. “There are reasons to be concerned about the sector based on valuations and correlations to higher yields, but clearly from a tech perspective, there is a disruptor in the form of amazon, which is taking market share from these established companies. also, the ubiquitous nature of tech, in terms of the ease and the price transparency it provides, is having an impact on suppressing prices to the extent that top- line growth for consumer staples we feel is likely to lag nominal GDP.”

Meanwhile, FundRock, a third-party UCITS management company with offices in Luxembourg and Ireland, has published a report that looks at the impact of the technological revolution on the real assets and alternative investment space. Similarly it identifies how growing internet usage, and online shopping, has led to the demise of well-known department stores and shopping malls, consequently affecting real estate and private equity investors.

“The change in retail that happened when amazon was born at the tail end of the internet revolution in the 1990s is intensifying,” says Enda Fahy, director, alternatives at FundRock. For real estate investors, more online shopping and less footfall has seen nearly 10,000 stores in America close in 2017 (twice the closure rate at the height of the financial crisis).

Similarly in the UK, high street staples like Debenhams and John Lewis have posted dismal trading figures with the only bright spot being a rise in digital and online sales. The John Lewis partnership posted a profit fall of 5% but online sales growth of 17%, which now accounts for 33% of total sales.

But, says Fahy, for every yin there’s a yang and in real estate, the shopping mall’s loss has been the warehouse’s gain. However, for investors, replacing a shopping centre with a warehouse will not bring anywhere near the same yield. The general value per square metre is four or five times that of a warehouse.

For private equity investors, the trends are less clear, except to note that internet-fuelled disruption is only just starting, especially in retail where the likes of Amazon and Alibaba are achieving the same level of dominance that Google, Facebook and Twitter have in networking. In the US, e-commerce accounts for only 10% of the market but is growing at 20% every year and while internet presence will not change every industry, it will upend many an established business model, says Fahy.

“The new order requires a different model of asset allocation from that of the past,” says Fahy. “Investment committees at many PE houses now require that the proposed portfolio purchase be assessed against possible technological disruption.”

The WEF’s ‘Global Risks Report’ states AI is here to stay and “to ensure that it stays within the boundaries that we set for it, we must continue to grapple with building trust in systems that will transform our social, political and business environments, make decisions for us, and become an indispensable faculty for interpreting the world around us”.

Similarly, in investment terms, we must continue to grapple with new portfolios that will transform our investment environments.