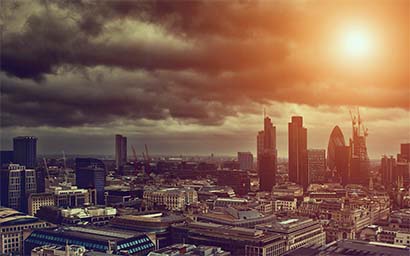 Europe ’s top fund centres are battling each other for the status of fundtech centre of choice. Nicholas Pratt asseses the competition.

Luxembourg and Ireland are no strangers to competition, having battled each other for the mantle of cross-border fund servicing centre of excellence.

But now they are competing for a new title – as centres for fundtech, the latest derivation of the fintech market.

London and the UK still dominate the fintech market in Europe. Research from promotional firm London & Partners, published in October, showed that more than £825 million (€934 million) had been invested into the UK’s fintech firms in the first three-quarters of the year, double the amount raised in 2016.

However, as London’s deputy mayor for business, Rajesh Agrawal, concedes, Brexit “poses major challenges” to its position as a global financial centre. He also notes that London is a “world-class technology hub” that “cannot be replicated anywhere else”, with more software developers than Stockholm, Berlin and Dublin combined.

Nevertheless, the uncertainty sown by Brexit has given rivals like Luxembourg and Ireland extra motivation for their fintech ambitions, especially when applied to the fundtech market.

Luxembourg’s efforts received a big boost in September when State Street teamed up with the Luxembourg House of Fintech (LHoFT), a public/ private-sector initiative to promote Luxembourg’s fintech industry, in a collaboration designed to address fundtech and regtech challenges and opportunities.

The US banking behemoth became the 13th member of the LHoFT Foundation, joining the likes of BNP Paribas, Clearstream and Societe Generale in what state street says is “a natural extension” of its “history of innovation” that will focus on “exploring the fundtech and regtech landscape” and how it is impacting the financial services industry.

“This is an exciting new initiative that will enable us to more deeply explore emerging technologies within the fundtech and regtech landscape and the impact on our businesses and our clients,” said David Suetens, executive vice president and country head of state street Luxembourg.

“Luxembourg is becoming synonymous with technology innovation, with numerous fintech players establishing here. This partnership is a true testament to our history of innovation and our commitment to provide innovative solutions for our clients’ complex asset servicing and solution needs.”

Suetens’ optimism was shared by Nasir Zubairi, CEO of the LHoFT, who welcomed State Street to the fold while talking up Luxembourg’s fundtech credentials. “Luxembourg is the second- largest fund management centre in the world after the US, and thus both regtech and fundtech are strategically important areas of focus in Luxembourg. We welcome the innovation leadership that state street is demonstrating by partnering with us to help align their business with the world of tomorrow.”

Zubairi has also appeared at events held by Alfi, Luxembourg’s funds industry association, speaking recently at its global distribution conference about the distribution opportunities created by emerging technology such as mobile and robo.

Priorities in Ireland
Meanwhile Irish Funds, the Dublin-based equivalent of Alfi, has also invested heavily in promoting its fundtech initiatives. Most notably, it has launched an initiative with consultant Deloitte to test the applicability of distributed ledger technology (DLT) for the funds industry.

Back in 2015, Deloitte had set up a blockchain lab in Dublin for its Emea financial services clients, which led to conversations with various Irish funds members about how the technology could be applied to the funds industry. This in turn led to Deloitte’s collaboration with the association.

“The intention was to focus on a pressing business problem rather than the technology itself,” says David Dalton, head of financial services at Deloitte Ireland and sponsor of Deloitte’s Emea Grid Blockchain Hub.

The money market funds regulatory reporting was identified as a manually intensive process that was both costly and time-consuming, says Dalton.

These challenges also matched well with the operational benefits offered by blockchain technology – data integrity, reliability, storage and speed, as well as analytics and a traceable audit trail.

The proof of concept was launched at the end of 2016 and following ten weeks of testing, was declared a success in February. as irish funds chief executive Pat Lardner said at the time: “regulatory reporting is a key obligation for our members and an area of priority focus for the Central Bank of Ireland in 2017. this project and the development of the proof of concept with Deloitte will benefit industry, the regulator and demonstrates how Ireland is actively embracing fintech.”

While Luxembourg has seemingly focused on the applicability of fundtech for distribution, Ireland appears to have set its sights on the regtech market. According to the global RegTech 100 list compiled by data research firm FinTech Global, Ireland is currently home to six of the top 100 regtech firms and close to €100 million has been invested in 20 Ireland-based regtech firms in the past five years.

While some of these firms cover the entire financial services spectrum, others are particularly focused on the funds industry. These include AQMetrics, which provides automated risk monitoring and regulatory reporting  via a cloud-based platform to both investment managers and broker/ dealers based on the belief that current methods of risk monitoring are outdated and slow.

Ireland and Luxembourg are not the only European domiciles looking to bolster their fundtech prospects.

Deloitte has also collaborated with the Portugal asset management association on applying the blockchain to fund distribution, from the initial subscription stage through to the final distribution of a fund.