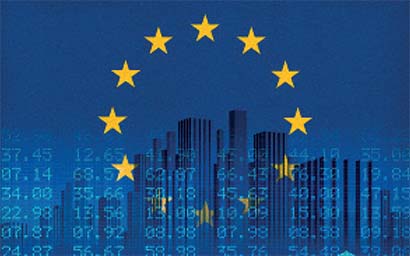 As the EU takes the first significant step towards a regulated digital asset market, Nicholas Pratt takes a closer look at the proposals.

On September 24, the European Commission took a major step forward in its bid to regulate the crypto-assets world after its executive branch issued its most extensive proposals to date for supervising the growing sector.

The Regulation on Markets in Crypto Assets or MiCA bill is a draft law that forms part of the EU Digital Finance Strategy,

It is designed to clarify how existing rules apply to crypto-assets and to propose new rules where gaps in regulation exist.

“This proposal seeks to provide legal certainty for crypto-assets not covered by existing EU financial services legislation and establish uniform rules for crypto-asset service providers and issuers at EU level,” states the text.

Fragmentation
The aim is to not just reduce volatility in cryptocurrency trading or to provide more regulatory certainty for investors and digital issuers, but also to reduce market fragmentation in Europe by ensuring that once a crypto-trading company is approved in one EU state, it is free to operate in all other EU states.

“We must proactively embrace digital transformation, while mitigating any potential risks,” said Valdis Dombrovskis, executive vice-president of the European Commission. “A digital and innovative single market for finance will benefit Europeans and be key to Europe’s economic recovery by delivering better financial products for consumers and opening up new financing channels for businesses.”

A big focus of the bill is the payments sector as part of a push to promote greater use of digital payment methods – at present 78% of payments are still made using cash. But the bill also addresses the tokenisation market, where digital securities are issued and traded.

Digital definitions
It also lays down rules for digital asset custody and capital requirements as well as the relationship between token issuers and token holders.

The bill also stipulates that providers of any crypto-based encryption services have a physical presence within the EU.

There are also measures to deal specifically with stablecoins following concerns raised by a number of finance ministers within the EU earlier this month. These concerns were in turn sparked by the launch of Libra, Facebook’s effort to develop a cryptocurrency of its own.

Importantly, the bill proposes a number of definitions for crypto-related terms:

• “crypto-assets” defined as “digital representation of value or rights which may be transferred and stored electronically, using distributed ledger technology or similar technology”;

• “distributed ledger technology (DLT)” or “DLT” defined as “a type of technology that support the distributed recording of encrypted data”;

• “utility token” defined as “type of crypto-asset which is intended to provide digital access to a good or service, available on DLT, and is only accepted by the issuer of that token”;

• “asset-referenced token” defined as “a type of crypto-asset that purports to maintain a stable value by referring to the value of several fiat currencies that are legal tender, one or several commodities or one or several

crypto-assets, or a combination of such assets”;

• “electronic money token” or “e-money token” defined as “a type of crypto-asset the main purpose of which is to be used as a means of exchange and that purports to maintain a stable value by referring to the value of a fiat currency that is legal tender”.

Establishing standardised definitions will be critical to achieving a harmonised regulatory and legal framework across the EU, as the draft bill notes.

A lengthy journey
If the bill is passed, it would make the EU one of the most regulated centres for crypto trading and digital assets. However, there is likely to be a lengthy legislative journey ahead.

The bill must be debated by both the European Parliament as well the different national governments before it can be passed into law. Meanwhile the Commission has stated that it hopes to see the framework in place by 2024.

The fact that any law must be implemented at a national level may prove to be a sticking point. The Commission has stated its preference for more regulatory harmonisation at an EU-wide level.

“Truly integrated and convergent oversight is needed to ensure a truly level playing field for all market players,” said Dombrovskis. “This will be particularly relevant in a post-Brexit world, with multiple financial centres in the European Union.”

It is no surprise then that at the same time as publishing the draft MiCA bill, the Commission also presented the latest stage in its plan to develop harmonised capital markets via its Capital Markets Union (CMU) project.

The CMU has three key objectives – to make the EU a safer place for individuals’ long-term investment, create a genuine EU-wide single market, and to make the EU’s economic recovery “green, digital, inclusive and resilient”.

And it has put forward 16 measures to “make real progress”, which include creating a single access point to company data for investors, strengthening investment protection to support cross-border investment and pushing “supervisory convergence and consistent application of the single rulebook for financial markets in the EU”.

Achieving harmonisation
Meeting these objectives has become more urgent as a result of both the coronavirus crisis and Brexit. But achieving harmonisation has proved difficult in the past. For example, EU states have recently reduced a 2017 Commission proposal to bolster supervisory powers at an EU level in favour of maintaining power at a national level.

And there is the risk that the EU ends up not only competing with other trading blocs and countries but also among its own member states to be the de facto centres of a brave new word for digital asset management and crypto trading.