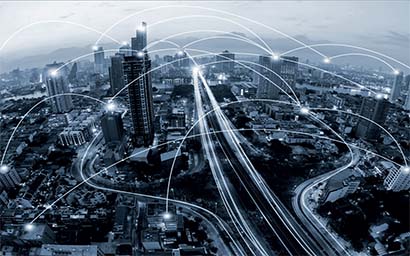 FundTech spoke to four fintechs, all at different stages of development, about their biggest challenges when it comes to engaging with fund managers.

The funds industry has been criticised in the past for the poor quality of its engagement with new technology and start-up vendors. Additionally, there are concerns that so many fund managers all use the same system (BlackRock’s Aladdin) for much of their risk and portfolio management. It is estimated that as much as $21.6 trillion (€18.3 trillion) of assets sits on the platform from just a third of the 240 asset managers and pension funds that rely on the platform.

Meanwhile a number of technology start-ups are struggling to break into the funds industry, especially on the institutional side where operations managers are less enthused by fintechs promising exciting disruption and are simply looking for an app that can help them calculate their initial margin requirements, or software that can automate their form-filling requirements or something else suitably mundane-sounding.

The situation has become more urgent for both sides as a result of Covid-19. Firstly, fund managers have had a chance to review their operations and also appreciate the benefit of digital technology in improving operational efficiency and allowing home working on a mass scale.

At the same time, a number of start-ups have come under heavy financial pressure because they have struggled to make sales or raise funds.

According to research firm Forrester, the global fintech sector raised $6.34 billion in the second quarter, capping three successive quarters of decline and less than half of the $12.83 billion raised in Q2 2018.

Furthermore, the majority of funding has gone to the payments and lending sectors rather than the institutional investment industry. Funding is a particular issue for European fintechs according to a recent report issued by consultant McKinsey, which warns that the sector faces an “existential crisis”.

Fortunately, there are efforts to try and improve this situation – be that industry initiatives to bring the two disparate sides together or newly established private companies looking to act as matchmakers.

Frustration
Adoptech was launched earlier this year with the aim of accelerating the adoption of third-party technology by financial institutions, including asset managers. According to co-founder and chief executive Alastair Goodwin, the company is “a manifestation of our frustration that there are so many excellent fintechs out there that don’t get adopted”.

The company aims to address two of the biggest risks in adopting new technology from small start-up vendors by providing a continuity of service for the customers of cloud-based vendors and by improving the onboarding process for these start-ups and making them “enterprise-ready”.

Asset managers are just as bad as banks at adopting new technology but for different reasons, says co-founder and chief operating officer Chris Hansen. For example, they are more open to innovation but their architecture is so arcane, it makes integration so much harder. “They are either running all of these different systems for order management, portfolio management or execution management, or they are landlocked to an all-encompassing system like Aladdin,” says Hansen.

That said, the situation has got better in recent months, partly due to the galvanising effect of Covid-19 and the mass introduction of home working. “Covid has stretched firms’ architecture and they know they have to employ more technology to remove the friction that Covid has created. So the motivation to adopt technology has increased,” says Hansen.

Adoptech has also encouraged start-ups to focus more on tier 2 institutions such as asset managers rather than trying to break into the upper-tier banks – a process that can take the best part of two years.

Adoption has been highest in the regtech space and any products that relate to regulatory mandates such as transaction cost analysis, best execution or MiFID-inspired trade reporting.

Furthermore, there has been less focus on the fintechs offering to revolutionise the industry and greater attention on products that offer a solution to a particular problem. “Everyone has been through that experience of fintechs promising everything and delivering nothing,” says Goodwin. “But those days are over.”

Both Hansen and Goodwin are sceptical of the benefit of some of the industry-led innovation projects that have emerged in the last two years. Rather than actively seeking to engage start-ups, these are often accused of being branding exercises on behalf of the industry establishment. “It sometimes feels as if they are representing the problem owners rather than the solution providers,” says Hansen.

But while Covid has helped to increase both the business case and the motivation for asset managers to new technology, it has also heaped financial pressure upon many of them due to a lack of cash flow.

“If you’re a good company and you’ve gone through a Series A fundraising round, you should be OK,” says Hansen.

So, what advice does Adoptech have for the funds industry when it comes to engaging with fintechs? “Firms have to decide what is proprietary and income-generating and what its non-proprietary and cost-reductive. By all means keep the proprietary technology in-house, but work together on the non-proprietary stuff and work out how it can be done better, faster and using open technology,” says Hansen.

“There are plenty of common problems to solve and the industry should collaborate more.”

Shop window
Gill Painter is the head of membership at the UK’s Investment Association (IA) and also heads up its fintech incubator programme Engine, which was rebranded in March this year. She calls Engine a “shop window for fund managers to view multiple tech solutions and facilitate conversations”.

In September, the IA also launched a guide for fund managers on how to engage with fintechs. “It became clear that there is a disconnect between fintechs and fund managers,” says Painter.

There has been a lot of talk but not enough cultural change or knowledge about the true potential of new technology, says Painter. “We often act like magpies attracted by shiny objects rather than identifying a problem within our operations and then looking for the solution.”

There also needs to be better expectation management and managers have to accept the realities of working with fintechs and recognise that they are different beasts, says Painter.

The IA’s guide introduces the concept of a “responsible fintech client”, which Painter describes as one that “can clearly communicate their vision and understands the problem they face”. This is critical to ensuring a proof-of-concept becomes viable and becomes a proof-of-value, she says.

It is also important that managers remunerate fintechs for their time and material, adds Painter.

“During Covid, some of the smaller fintechs have struggled with cash flow, so proper remuneration is critically important. And we also have to look at more effective processes for client onboarding and procurement. Some of the current processes may work well for big tech but not for small start-ups. It is important to be agile and adapt the onboarding requirements whilst retaining the security.”