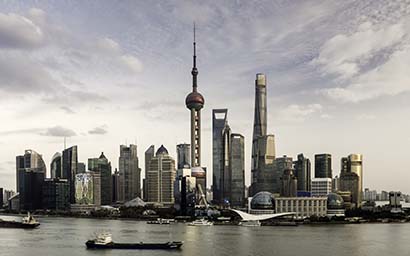 Nicholas Pratt examines whether China’s fintech ambitions will be dented by its ongoing trade war with the US.

The upcoming initial public offering (IPO) of China’s Ant Group is set to be one of the world’s largest ever equity offerings.

Ant Group was spun off from its parent Alibaba back in 2011 and it is set to be valued somewhere between $200-300 billion, cementing its status as one of the largest fintechs in the world. Given that it is less than ten years old, the ascent of Ant Group also shows how China has succeeded in aggressively ramping up its fintech sector.

However, there are two issues that could yet derail or at least hinder these efforts – one is entirely domestic and the second is anything but.

The first factor to examine is the fierce rivalry between Chinese companies, particularly when it comes to young tech companies looking to secure financial backing. It is common practice in China that investors are sometimes only allowed to invest in these start-ups or early-stage companies if they agree not to invest in their rivals.

This has been interpreted as not only seeking to raise as much capital as possible but also to deprive rivals from raising their own funds. And nowhere is this rivalry more evident than between its two largest ecommerce groups – Alibaba and Tencent.

Both companies have large fintech businesses – while Alibaba has Ant Group, Tencent has a number of wealth management businesses as well as a 30% stake in the online-only WeBank and a large payments business in TenPay. And while Ant Group has embarked on an IPO, Tencent announced in May that it would allocate $70 billion (€59.5 billion) over the next five years to new technology companies using blockchain, AI and cloud computing.

The multiple businesses that both companies either own or have financially backed makes it very complicated for investors forced to align with either Alibaba or Tencent and may see some large investors stay away from the Ant Group IPO.

However, there is an argument that the duopoly ensures healthy competition and keeps the other in check. This could prove to be key to their respective futures, given that neither Alibaba or Tencent is state-owned.

Dominance
Elsewhere the Chinese government has looked to be more directly involved in the fintech sector. In May, the Chinese parliament announced the launch of a blockchain development fund to encourage more blockchain-based innovation.

The other area of interest for the Chinese authorities is digital currency, not just as a way to strengthen its own economy but also to compete with the US. China’s central bank has long stated the need to break US dollar dominance by both internationalising the yuan and, more interestingly, developing a digital currency.

The digitalisation of international finance is set to be the next battlefield in the contest to dominate digital finance and China is ready to roll out its digital yuan as well as a new payment system network at a time when the US dollar is under unprecedented strain. As a sign of intent, China’s digital currency research institute has filed 130 patents.

Shanghai is currently home to more than 1,600 financial institutions, the majority of them from overseas.

The city published an action plan back in January that promises to foster 20 top international fintechs and 20 financial institutions with “cutting-edge fintech capabilities” along with plans to bolster R&D efforts around big data, cloud computing, AI and 5G.

Furthermore, in May, Shanghai’s state-backed fund Shanghai International Group and local regulators, banks and education bodies, set up the Shanghai Fintech Industry Alliance, which is designed to facilitate more cross-border and cross-sector collaboration between new fintechs and established institutions.

However, some substantial barriers stand in the way of China’s fintech roadmap – not least its ongoing trade war with the US. Even before the outbreak of Covid-19, China’s fintech market saw a vast reduction in deal-making – in 2019, fintech deals were down by 38% compared to 2018 (216 compared to 348).

Furthermore, discomfort has grown about the influence of large Chinese tech providers like Huawei and messaging apps like TikTok and PUBG Mobile amid accusations of data theft, security concerns and intellectual property infringement.

This issue was highlighted with the efforts of the Trump administration to ban the popular social media app TikTok in the US.

The proposed ban may be on hold due to legal challenges, but the US tensions will negatively affect China’s efforts to export fintechs around the world.

Nor is the tension limited to the US. In September, and in the wake of border clashes between Indian and Chinese troops in June, India banned 177 Chinese apps, citing security concerns over citizens’ private data as well as government defences.

The UK, on the other hand, has sought to strengthen its fintech ties with China. The UK-China FinTech Bridge was launched in November 2016, underpinned by a regulatory cooperation agreement signed by the UK’s Financial Conduct Authority and the Bank of China.

However, the ongoing dispute over the role of Huawei in the creation of the UK’s 5G network suggests that the UK-China relationship is not immune to tension.

Singapore’s surge
China has also sought to counter the tension with the US and India by expanding into Singapore. Its biggest fintechs, including Ant Group, Tencent-backed WeBank, brokerage Haitong Securities and Huawei’s cloud division have all sought membership or partnership with Singapore’s industry groups, including ones representing both fund managers and fintechs.

The Investment Management Association of Singapore has reported a surge in interest from Chinese firms looking to set up shop in the country and is subsequently looking to establish a China chapter to attract more firms.

In the meantime, thanks to Chinese firms, the Singapore Fintech Association has seen its membership more than double in the past six months, from 350 to 780, leading the association’s president Chia Hock Lai to declare that Singapore is “benefiting from geopolitical tension”.