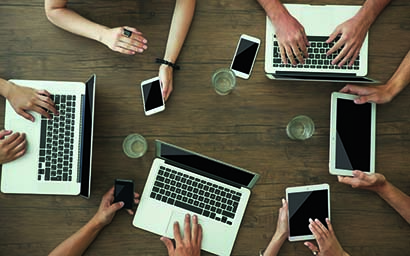 The financial services industry may regularly rail at all the regulatory requirements they have faced in recent years, but spare a thought for the regulators trying to supervise a group of market participants with budgets and resources far superior to their own.

It is little surprise then that the regulators are beginning to embrace new technology such as artificial intelligence, robotic process automation and big data analysis to try and bridge the resources gap – and to make the compliance process more manageable for the firms they supervise.

The UK has been at the forefront of this trend. For more than year, the Bank of England and the Financial Conduct Authority (FCA) have been involved in a pilot project to develop a rulebook that could be machine-readable. In June 2017, the FCA’s head of data and information operations, Nick Cook, told the delegates at the London Fintech Week conference that the aim of the pilot was to “put out rules which are written manually in ways that can be fully and unambiguously interpreted by machines”.

He added that the FCA was also looking to make better use of speech-to-text analytics and media analytics tools within the organisation and to use “supervised machine learning” and “unsupervised AI” to detect financial irregularities.

In November 2017, the FCA and Bank of England held a two-week ‘TechSprint’ involving financial services firms, technology vendors and compliance experts to explore the potential for model-driven, machine readable and executable regulation.

And then in February 2018, the FCA issued a ‘call for input’ to further explore the idea of a reporting regime of automated and straight-through-processing of reporting returns. Lombard Risk was one of the technology firms that participated in the TechSprint; James Phillips, its global head of regulatory strategy, welcomes the development and expects progress to be swift. “Machine-readable rules will happen and will happen fast,” he says.

Profound benefits
By moving to a machine-executable compliance world and codifying the rules where possible, would the benefits be purely around automation and processing efficiency or would there be potentially more profound benefits to be had? For example, could the predictive abilities of AI and ML technology be applied?

The industry’s work on machine-readable rules could be a preliminary step on the path to machine learning, says Phillips, while also making clear that the two technologies are very distinct.

“We could see a new regulatory regime embodying continuous process improvement. If you were able to apply machine learning to the process and generate information that could be fed back into the system, it could turn the compliance and reporting process into a virtuous circle,” he says.

“There are classic model AI services out there that buy data from private sources, apply some AI learning and then sell that enhanced information on to its subscribers. What we could see in the future is industry-wide, forward-looking, pooled data held informed by federated private machine learning that would be operated not for commercial application, but as a common utility,” notes Phillips.

However, he adds that numerous challenges exist – some of them technical, many of them commercial. It would require everything to sit in the cloud yet be highly secure. Then there are questions of governance, ownership, maintenance and so on.

But should these challenges be overcome and the adoption of AI and DLT tools continue to accelerate, the industry could yet find that it is possible to provide a predictive compliance outcome for both regulator and regulated, says Phillips.

Algorithms
Other providers in the regtech space see the development of machine-readable rules as a welcome disruption to the interpretation of legal documents that will complement compliance services looking to apply behavioural science and cognitive computing to the reporting and surveillance process.

“In the future, it could lead to certain regulatory reporting feeds acting as an input into our system,” says Taras Chaban, head of buy-side solutions at Nasdaq. It may be a work in progress, says Chaban, but he also recognises that for other AI technologies to really flourish in the compliance world, it does need more machine-readable data that can be algorithmically processed.

“Ultimately it is about simplifying the process and making compliance officers more efficient and with a better understanding of a portfolio manager’s decision-making. We are seeing the same thing happening in other industries so it is inevitable that the funds industry will evolve in the same way.”

The immediate priority, though, is addressing the cost and time taken to complete even the simplest of compliance tasks, say both the asset managers and their service providers. For some, the arrival of new technology cannot come quick enough.

“The FCA’s consultation on the use of machine-reading compliance solutions has raised a critical issue, given the rocky start to MiFID II reporting this year,” says Andrew Milne, head of wealth client services at GPP, a UK-based hedge fund servicing company.

“The amount of data to report across the industry has increased tenfold, and combined with the barriers of both out-of-date systems and tight time constraints, there is no solution to move forward other than standardised, efficient technology across the board.”

But technological ‘disruption’ has brought unexpected complications, says Milne. “Firms have spent considerable sums upgrading their reporting systems with the latest technology available but surprisingly, it has been the regulators that have not held up their end of the bargain and have been unable to process all of the data being received.”

Firms have also struggled to implement the necessary compliance technology needed to meet the requirements of new technology. This struggle has been exacerbated by the fact that the FCA and others continue to move the goalposts, says Milne.

“MiFID II was years in the making, but regulators only announced certain requirements just months ahead of the deadline. It is hard to see the industry taking new technology under its wing while out of its depth with much of what is being asked of it.”

Other service providers in the hedge fund space are slightly more optimistic about regulators’ efforts to embrace new technology and appreciative of why any effort to introduce machine-readable rules could prove to be so important.

“The way in which most regulation is written is not always tech-friendly,” says Ed Gouldstone, head of product management at Linedata. “The interpretation of rules can lead to divergence in tech approaches, causing uncertainty among the firms first trying to achieve compliance,” he says.

“I believe regulators are starting to see that where the technology approach to meeting regulation has converged, somewhat independent of their actions to date, they have an easier time managing and monitoring those regulations themselves, so this is something they should look to encourage and facilitate.”

Encouraging
The FCA’s work on machine-readable rules is an interesting development, in Gouldstone’s view. However, he says it is too early to say what this might mean for asset managers. “The project completed was quite narrow in scope, and is quite a long way from addressing the challenges faced by an asset manager in meeting reporting and regulatory obligations today.

“I think what’s encouraging is that it was acknowledged that more specific clarification of rules was needed, so that the uncertainty of interpretation is reduced. That’s certainly a good thing. However, it remains to be seen how far this can go in the world of asset management, where the complexity of rules that govern derivatives, leverage, regulatory assets and the like will make clarifying and codifying a definitive view of regulations a real challenge.”

It is not just regulators that have a role to play here, adds Gouldstone. Industry bodies and collaborative working groups will also help to bring about a consensus on the best approach.