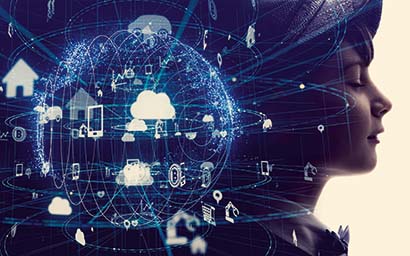 In April 2018, Legal & General (L&G) appointed Robert Jamieson as its chief digital and technology officer. Reporting to the chief executive of Legal & General Investment Management (LGIM), Mark Zinkula, he heads up a new group-wide team in what the firm has described as the next stage in L&G’s digital evolution.

Jamieson will create digital-only propositions for retail customers. “It is still a new role for both me and the group,” he says. “Our aim is to create an excellent online service that is straightforward, engaging and intuitive.”

Such a service has become essential for customers, he says, and his appointment is recognition of this fact. The group is also accelerating its ambitions to meet its clients’ digital needs, he adds. “Technological innovation is one of our strategic drivers and my team is supporting this.”

Jamieson was previously chief operating officer of Legal & General Retirement (LGR) where he was responsible for developing a single administration platform for institutional clients and creating a single source of data for 700,000 retirement clients. This platform is also being extended to retail customers. He was also credited with implementing a “technology-first strategy” by introducing divisional technology teams, an ‘agile’ portfolio and continuous delivery models.

His previous position, also a new role at the time, focused particularly on the operational side and ensuring more internal efficiencies. His current role has a wider scope in that it is also focused on the customer experience and is group-wide. The starting point is to bring together all of LGIM’s retail systems in the front and back offices. “It is important to have a single look and feel when you’re engaging with customers across multiple products, services and tools. You have to develop a common user experience and user interface that is fast-moving and real-time,” he says.

As is common with all financial institutions, LGIM’s back office contains a mixture of systems, from one to 20 years old, and either real-time or batch-driven. “You want an architecture that communicates between very fast-moving front end and perhaps a slower-moving back end and that’s some of the technology we are building out.”

Rather than embark on a raft of legacy system replacements, or ‘replatforming’, LGIM will make us of existing systems where possible, he says, by employing new technology such as application program interfaces (APIs). “Even batch-driven systems can be opened up through the use of APIs and micro-services architecture.”

The starting point for L&G’s digital strategy is always the customer and their needs, says Jamieson. “Rather than selling products to customers, we want to respond to their needs. We see our digital strategy as a collection of tools, products and services organised around a particular theme or ecosystem. If you then underpin that with powerful data insights, you can start to think about a more tailored service that better reflects what the customer wants in what is becoming a more complicated world.”

It is a principle Jamieson employed during his time at LGR, where he developed the ‘technology first’ strategy. “As a starting point, we developed a single, scalable administration platform across LGR institutional customers and products – a single view of the customer and a single source of data. We then added on pricing and analytics.

“Rather than seeking incremental improvements in a labour-intensive operating model, we took a step back and a long, hard look at how we worked and used technology to break down areas. Perhaps we could do a better job. If we did it right, it would not only drive down our operating costs, it would also drive up customer satisfaction.”

However, he says, this technology-first strategy is only successful if it is aligned with the group’s internal culture. “You also need to take the people with you.”

“This meant making sure our employees were equipped with mobile tools to access their data and with collaborative tools like video-conferencing. We removed the fixed desks in our offices and set up spaces where they could be much more open and collaborative. It was agile with a capital A. Indeed, for our digital initiatives we are creating Digital Hubs at our London and Hove locations.”

Another feature of L&G’s digital evolution is greater collaboration with start-ups and fintechs such as Smart Pension, a digital pension platform that provides auto-enrolment for small and micro companies. LGIM invested in the company in 2016 and is now working on joint initiatives around digital pensions and savings plans.

Other collaborations are in the pipeline. “We’ve invested in more than 120 tech-focused start-ups. Some of these have been through our venture capital partners but increasingly we are investing directly, such as in Salary Finance. In some cases, this has helped us innovate and accelerate the development of our technology stack. In other cases, we have not just provided investment but insight around distribution, scaling up and strategy.”

Customers expect a much more personalised and digital experience, which is where new fintechs have come into play, he says. “There are reduced barriers to entry from a technology perspective.”

The large investment managers are excellent at executing and some are even doing a lot of their own digital innovation. Meanwhile, start-ups are often about looking for the next disruptive proposition. They innovate at pace, often cheaply. They may be seen as a threat but they often lack scale, he says. Consequently, it makes more sense to see them as an attractive partner. “We can rapidly add innovative new technologies to our technology stack and try them out to a certain extent.”

Jamieson is also part of the advisory panel on the Investment Association’s fintech accelerator VeloCity, with various chief operating officers, innovation heads and chief digital officers. It is still a relatively exclusive club, though, in the asset management world.

“I think the appointment of a chief digital or technology officer reflects where a company is in terms of wanting to transform itself into agile, digital players,” he says. “All financial institutions have to get faster, better and more innovative in delivering digital solutions to our customers. It’s a very fast-paced world out there.”

“I think most companies, regardless of the market it works in, all share similar traits and business capabilities from strategic planning to people management,” says Jamieson.

“The same applies to LGIM. The mechanics that underpin the retail and the institutional side are by and large similar. The challenge is how we pull those components together and lay a customer proposition on top of that which is compelling to the two different markets.”