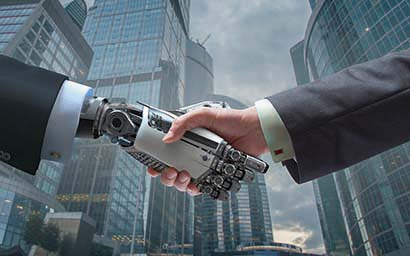 APIs are the talk of the industry. Nicholas Pratt looks at how they might help to encourage more innovation.

Application programme interfaces (APIs) are not a new technology but they have become increasingly popular with asset managers in the past two years as the industry moves to a more digital environment where data is exchanged online, instead of via traditional file formats.

Back in September 2016, a report from Deloitte on the future of investment management stated that “APIs have been elevated from a development technique to a business model driver and boardroom consideration”.

There are now more than 12,000 APIs available to managers to “explore ways to further develop the next generation of technology play” states the report, citing a migration from legacy architecture to micro services and integration with external data feeds as two “plays” that are made more viable.

Much of the excitement about APIs is because they are a simple and standardised way to connect with other systems that previously sat behind firewalls or involved expensive middleware, says Anders Kirkeby, vice president, technical architecture at Simcorp.

“They lower the threshold for connecting to data sources and external systems. APIs do not require middleware, they can communicate without need for modification and they are self-contained,” says Kirkeby.

It is still early days for asset managers and the use of APIs, though. Other financial services sectors, such as payments and retail banking, are looking to APIs as a way to develop new client-focused services – especially with the recent introduction of the European Union’s Payment Services Directive II and Open Banking, which allows non-bank third parties to connect to banks’ payment and transaction data via an API and offer their own payment services to consumers.

For asset managers, APIs are predominantly used to connect to data sources rather than as the basis for a rich tapestry of client services or new sources of revenue.

“We mostly see APIs being used in the front office where there are proprietary tools and they can use APIs to push data back and forth to end-users,” says Kirkeby.

Nor, he adds, will APIs necessarily enable asset managers to throw out banks of in-house software and data management systems any time soon. “There might be some middleware that you can dispense with, but the main thing you are getting rid of is the inconvenience and the files, which makes the data easier to protect and the process much easier to manage.

“The vision we have for the future is that systems will be wrapped in APIs which are an expression of something very understandable. The system becomes a platform where everybody is able to access existing components and we are able to expose our functionality to third parties.”

Different angles
It sounds simple and it is in concept. However, one inconvenient reality at present is the lack of standardisation in APIs. “Ideally, everyone would issue standard APIs where every field is a known type,” says Kirkeby. “But there are so many different angles and aspects to the same data that the API market will continue to be unstandardised.”

This lack of standardisation is no great help to the idea of more innovation. However, Kirkeby also says it is important not to overstate the potential role of APIs in, for example, helping asset managers move from a legacy-based application environment to a platform of micro, web-based services.

“Over time, we will see more APIs on top of micro-services. This will change how granular we make our online services, but that is not down to APIs; it is more to do with changing enterprise software into well-behaving components. That is what we are trying to do with our own systems.”

APIs’ greatest benefit is that they allows firms to pursue a best-of-breed approach to their operating platforms, rather than employing large enterprise systems to cover multiple processes, according to Jan Hoffmeister, chief executive of Drooms, a German-based provider of cloud-based document management.

“APIs allow you to buy best-of-breed software and then combine it all in an intelligent way,” he says.

Fund managers are especially suited to the use of APIs, says Hoffmeister. A lot of other businesses may use an enterprise system like SAP, but there is no equivalent for the investment management industry.

This is not to say that there are no legacy systems, but they are not as central as a core banking system may be to a transaction bank.

In addition, fund managers work with a lot of external third parties and have to exchange data with them. This can be done via APIs. For example, Drooms has worked with an asset manager that has an internal digital data management system and connects with Drooms via an API.

Less paperwork
Can the use of APIs allow more innovation for fund managers? “In theory they are more innovative and they are getting there in reality,” says Hoffmeister.

“The industry is increasingly digital now. There is less paperwork involved and more connectivity with online and mobile devices. But if you have a legacy system that cannot connect to mobile and other devices, then that is a big problem.”

Similarly when it comes to data management, firms have often been reliant on expensive in-house data management systems that require a lot internal knowledge, which makes it difficult to work with third parties to outsource any part of the data management process, says Hoffmeister. “Greater use of APIs should help solve this issue,” he says.

But technology trends are cyclical, so is there a danger that APIs will fall out of favour in five years and firms will be left with redundant technology? One of the problems around legacy technology is not the core system itself, which often still works very well; it is the pile of systems that have been added on top. Could APIs simply be adding to this problem rather than helping to solve it?

Hoffmeister disagrees. He says that APIs can be easily removed and substituted, unlike technology of the past. This is not to say that the use of APIs is not entirely without risk. The technology is still not fully mature and APIs need to be administered and require some manual development. But through the greater use of AI, they will be able to learn on the job and self-configure.

Currently, the API market is unstandardised, so buyers should beware, says Hoffmeister. “You have to know who you are dealing with. For example, if it is a cloud company, where is it physically based. It is still a very individual and diverse market because of that lack of standardisation.”

For other software firms in the asset management world, API technology is ideally suited to business process management, giving firms the flexibility to select the most relevant and appropriate option for their specific operational needs.

Nimbleness
Combining APIs and a collaborative mindset creates the best of a federated approach, says Mark Goodey, director, senior principal, investment analytics at Eagle Investment Systems. “Why would asset managers worry about a specific product and the debt of ongoing support of that product, when they can demonstrate nimbleness to plug in solutions as needed? I see revenue as a by-product of the service offering; more of a fortunate co-incidence. We should only be constrained by our imagination.”

The investment management industry currently lags behind other industries in the use of APIs, says Goodey, due to the traditional multi-year development cycles and long-term views of asset managers and owners respectively. However, ongoing market complexity, coupled with regulatory pressure, is demanding more agility and speed from managers and this could elevate the use of APIs to act as a central ingredient for technology innovation.

“I am not foreseeing a near-team utopia where data management systems and workflow tools disappear,” adds Goodey. “Why would we not join together and also create a revolution to reduce the cost of data full stop?

“Given fintech disruption and the introduction of blockchain, the industry could see the asset management equivalent of Spotify, sharing and streaming the market and reference data digitally using distributed ledgers and access to information using APIs. When you don’t use it, don’t pay.”

One area of focus for Eagle, says Goodey, is moving from legacy architecture to micro-services. “As an industry, we have the choice of rightsourcing where we can select complementary mixes of insourcing, outsourcing, offshoring and nearshoring.

“If all of your information is hosted securely in the cloud, why would you not consider API enablement and have the expert service provider help you? You remove the technology debt and operational woe while moving into controlled oversight. If it is not core to your business offering, leverage someone whose business it is.”

Some of these concepts may be new to asset managers, says Goodey, but those with vision and a willingness to explore partnerships will be able to benefit. “We should only be constrained by our imagination and we should not be afraid to try things.”