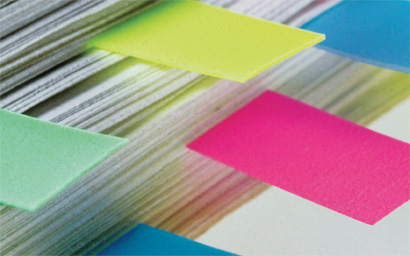 Net inflows for third-party fund administrators are half what they were on the previous twelve months, finds Nicholas Pratt.

This year’s survey features 19 participants, as opposed to the 20 that appeared in 2011. The notable absentee is Bank of Ireland Security Services (BOISS) which was acquired by Northern Trust in June – a move that signified the pressure facing Ireland’s domestic banking sector and also gave Northern Trust (NT) a boost in terms of exchange-traded funds expertise.

Given that competition is so fierce among third-party administrators (TPAs), it is perhaps surprising that the BOISS/NT deal is the only example of consolidation. But as David Dibben, head of global fund products at RBC Dexia Investor Services, says: “The number of players appears to have stabilised, and many firms are now concentrating on establishing unique elements to their service which will make them more attractive in particular niches.”

The numbers in the 2012 fund administration survey suggest that times are tough. Net inflows for 2011 are at least positive with €294.7 billion; however, this is less than half the 2010 figure of €630 billion. Conversely, the number of funds or mandates won by the 19 firms that participated totalled 5,182 compared with the 1,828 of 2010.

Fierce competition
This could, of course, mean that the extra mandates were not a result of new fund launches but instead indicative of the fierce competition that exists in the TPA market and the willingness of managers and asset owners to switch providers.  Proving this is the case, however, is not so easy. The survey shows that the majority, but not all, of participants are happy enough to tell of the number of mandates they retained but, unsurprisingly, not of those that they lost.

Looking in more detail at some of the new funds and mandates awarded in 2011, the size of the assets under administration varied from €979 billion (State Street and an investment operations outsourcing deal for an investment manager) to €87 million (Swedbank and a Ucits fund). As with previous years’ surveys, there was a wide variation in the client types (traditional asset managers, pension funds and insurers on one side and a Nordic private equity firm on the other) and also the product types.

Another metric of note is the number of net asset values (Navs) calculated each month. BNY Mellon tops the 2012 survey with more than 255,000 – an increase on last year’s monthly figure of 198,000. Meanwhile, at the other end of the scale, the 85 monthly Navs calculated by IPES is also an increase on last year’s 75. The majority of participants have seen an increase in their monthly Nav calculations. The need for more regular Nav calculations relates to one of the most commonly stated challenges of the TPA market – the increasing demands of their clients fuelled as they are by the demands of their investors and a desire for greater transparency.

In terms of the geographies targeted by administrators, there are very few surprises – Europe, Latin America and Asia feature heavily. Some are more specific – RBC Dexia cites Malaysia, Taiwan and China as its Asian targets; Custom House mentions Brazil; and in Europe, Russia (IPES), Switzerland (JP Morgan), Netherlands (Northern Trust) and Jersey (UBS) are mentioned alongside stalwart jurisdictions such as Dublin and Luxembourg.

Next year’s survey may yet throw up new geographical opportunities. However, it may well be that TPAs’ international expansion efforts over the past few years have been successful enough that there are few territories left uncharted.