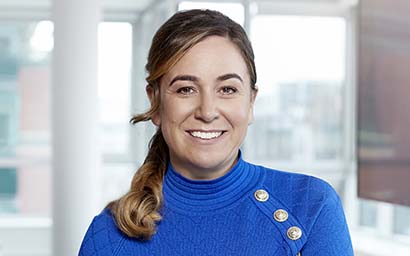 The EU Commission published its consultation on AIFMD on October 22 last year. It is anticipated that a draft proposal on a revised version of the regulation, called AIFMD II, will be published later in 2021.

The focus is likely to be on enhancing the existing framework of AIFMD rather than wholesale changes to the directive with a concentration on increasing harmonisation of interpretation of the requirements of AIFMD across the EU, primarily to improve the efficiency of the passport by limiting national gold plating, further clarifications to avoid differences in the interpretation of national marketing rules and the creation of common rules for loan originating funds.

As part of the drive for harmonisation of marketing rules and in particular pre-marketing of alternative investment funds (AIFs), in August 2019, the EU enacted a directive and regulation on the cross-border distribution of collective investment undertakings. Member states have until August 2021 to transpose the directive into national law. The intention is to provide clarity, or even allow unrestricted pre-marketing, for the first time in many member states. Not all member states were pleased with the introduction of the directive and regulations. Certain markets, such as Germany, had established practices around pre-marketing and it was felt that further legislation was creating an additional burden.

The Commission is also canvassing views as to whether reverse solicitation should be harmonised. France has a strict interpretation requiring the AIFM to document the investor’s approach as evidence of genuine reverse solicitation, while other member states have less stringent requirements in place. It seems unlikely that any harmonisation would result in a lighter-touch approach.

The consultation also queries if harmonisation is needed when marketing to so-called semi-professional investors – a concept that is primarily German. The European Securities and Markets Authority (Esma) seems to favour clarifying the definition of ‘professional investors’ under AIFMD, and suggests that any introduction of new categories of investors should be accompanied by appropriate investor protection rules.

Another key aspect of the consultation is the proposal to create a common set of rules around loan-originating products. Lending activity by an AIF is a sensitive topic for many national competent authorities but it has now become one of the main financing sources in the EU, providing enhanced market liquidity. Esma has issued wide-ranging recommendations for loan-originating AIFs covering authorisation and organisational and prudential requirements for loan-originating AIFs.

The stated aim of the discussions around AIFMD II is to enhance the existing AIFMD framework. Though some market commentators feel other aspects of the discussions (centralising control and greater power being passed to Esma) are somewhat politically motivated. There are benefits from harmonising the EU market for AIFs, which was one of the key objectives of AIFMD, but care should be taken that this key objective remains the focus of any reforms to AIFMD.