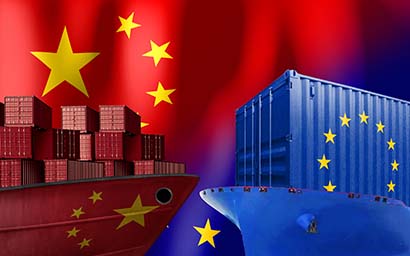 Fund managers have welcomed the landmark EU-China Comprehensive Agreement on Investment (CAI), saying it trumps even what China is offering the US.

Ursula von der Leyen, the European Commission president, said that the CAI – which observers have called the most ambitious agreement China has ever concluded with a third country – would “provide unprecedented access to the Chinese market for European investors” and “rebalance Europe’s economic relationship with China”.

Although the text of the investment agreement is still awaited, asset managers feel the deal is mutually beneficial. Not only does it guarantee greater access to China for EU investors, allowing European companies to buy or establish new companies in key sectors, it will also help level the playing field for EU companies with Chinese state-owned enterprises (SOEs) and commits China to rules on transparency in subsidies.

In turn, China gains from the transfer of technology and high-end equipment to its industries. Yet asset managers believe China’s human rights record has not been addressed strongly enough, and this could prevent the ratification of the deal in the European Parliament.

Increased market access for EU
The EU will gain market access for its companies to invest in, for example, China’s air transport sector, such as computer reservations and ground handling. It applies also to telecom cloud services, electric cards and international maritime transport.

Joint venture requirements will be also removed for the automotive sector, many financial services and for private hospitals in major cities, as well as for the advertising and real estate sectors and environmental services, such as sewage and waste disposal.

“European business will gain certainty, as China will no longer be able to prohibit access or introduce new discriminatory practices in these sectors,” says Patrick Zweifel, chief economist at Pictet Asset Management.

However, the manufacturing sector, which makes up more than half of EU investment in China, is the “biggest winner”, he says.

“Investment in the manufacturing sector comprises 28% towards the automotive sector and 22% towards basic materials. This is the first time China has committed to market access in this sector with a trade partner.”

China has pledged that SOEs active in the market will take decisions solely based on commercial considerations and will not discriminate against European companies during the buying or selling of goods.

EU companies will be given information and consulted on subsidies that could have a negative effect on their investments’ interests. In addition, China will put an end to investment requirements that compel transfer of technology. These measures will “level the playing field” for EU investors, says Lale Akoner, senior market strategist at BNY Mellon Investment Management.

The agreement includes guarantees that will make it easier for European companies to obtain authorisation and complete administrative procedures, as well as secure access to China’s standard-setting bodies.

Aidan Yao, senior emerging Asia economist at Axa Investment Managers in Hong Kong, says: “If you compare what China has offered European businesses under CAI to what it is offering the US under Phase 1 of the trade deal, European firms have been given unprecedented access to the Chinese market.”