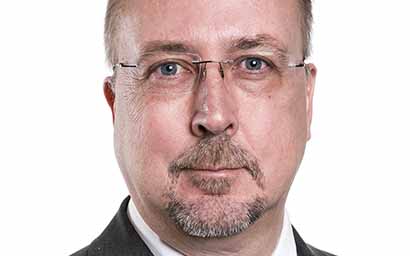 Alternative investment fund managers wanting to raise money in the EEA in the future will need to monitor forthcoming changes to the rules. Proposed changes from the EU Commission to the Alternative Investment Fund Managers Directive (AIFMD), and other directives regulating funds and their marketing, were billed as intended to make cross-border fundraising easier. They have not achieved their goal.

The Commission’s proposal was intended to fix uncertainty across different EU jurisdictions as to what EU managers of EU AIFs can do in a particular country without having to get regulatory approval in order to have initial discussions with professional investors – a concept known as pre-marketing. There is no definition of pre-marketing in AIFMD, meaning that there is no level playing field across the EU in this respect. In some countries (eg the UK), regulators take a pragmatic and permissive approach, whereas others don’t recognise the concept of pre-marketing (eg Ireland).

Part of the Commission’s solution was to propose a standardised definition of pre-marketing that would apply equally across the EU. One of the main problems was that the proposed definition was very narrow. For example, it excluded any situation where the fund is already established, or reference was made to an existing fund, and it didn’t allow any circulation of draft documents. The proposal didn’t permit much communication which may take place prior to formal notifications and getting approval for cross-border marketing.

More recently, however, the Council of the EU published a revised version of the proposals that allayed many of the fears of most of the industry. The revised proposals are more user-friendly, practical and in many ways similar to the approach the UK’s FCA, and some other EU regulators, already take. So, while the AIF may not yet be legally established, managers will be able to carry out pre-marketing in a broader sense provided investors are not able to invest in the AIF. Constitutional documents must be in draft form, must not constitute an offer and must state clearly that they are incomplete.

Other irksome aspects of the original proposal have also been watered down. The thresholds within which managers would be required, under the Commission’s proposal, to offer to buy back fund units in jurisdictions they had discontinued marketing in, have been materially relaxed. Moreover, closed-ended funds will be exempt from the repurchase obligation.

Despite being a significant improvement on the Commission’s drafts, these proposed amendments are not ideal. The introduction of national discretion over the conditions for cessation of marketing, the languages for investor servicing facilities, and retention of national powers to charge fees for cross-border marketing, mean even for EU managers and funds, marketing rules will not be consistent across the EU. The ability of non-EU managers and funds to carry out pre-marketing in the EU remains uncertain and a matter for national discretion.

The position of the EU parliament is now awaited. However, from past experience, it’s expected that the parliament’s willingness to agree with the Council’s proposed amendments is unlikely to make marketing and pre-marketing easier for non-EU managers and funds.