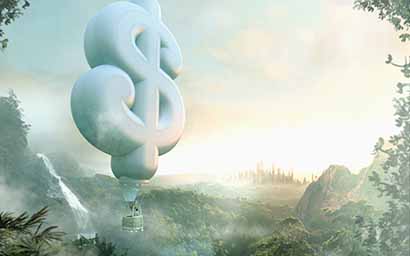 Ian Simm, chief executive of green fund house Impax Asset Management, talks to Mark Latham about how money can be used to benefit the environment.

There is a sense of vocation, often missing from financiers, behind Ian Simm, the founder and chief executive of sustainable investment house Impax Asset Management.

The London-based, AIM-listed investment house has grown its assets under management (AuM) to £11.6 billion (€13.2 billion) since its founding 21 years ago and claims to be the largest global investment manager dedicated to environmental projects.

Fifty-two year old Simm recounts how, when he graduated from Cambridge University in the late 1980s, most physics students either went into accountancy, teaching or the nuclear industry. With no interest in any of those career options, a seminal moment for him was reading ‘Our Common Future’, a United Nations report on sustainable development written by the former Norwegian prime minister Gro Harlem Brundtland.

The report, published in 1987, advocated a multilateral approach to reducing the consumption of natural resources and minimising the impact on future generations. “I remember being particularly captivated by the book, which looks at the problems facing the environment and human habitation as a result of economic growth,” says Simm.

“The book coined the term ‘sustainable development’ and I became really fascinated by how the private sector could help to solve environmental problems.”

After Cambridge, he studied for a master’s degree in economics at Harvard, was a consultant for a bank and worked at the management consultancy McKinsey in its recently founded environmental department. He subsequently spent a couple of years in corporate finance in the renewables sector, working for the now defunct Impax Capital, before founding Impax Asset Management in 1998.

“When the opportunity arose to help the World Bank to establish a solar energy investment fund, then I was able to pick that up and that became the foundation for the asset management business,” he says. “I had become convinced that there was money to be made in the environmental space: renewable energy, water supply, water treatment, recycling, and there were lots of really interesting companies that were active in those areas.”

Despite Impax’s reputation in sustainable investing, Simm prefers not to use the ESG (environmental, social and governance) tag that has become an industry buzzword in the past decade.

“ESG as a term was only really coined in 2004. We don’t really position ourselves as either an ESG manager or an ESG investor,” he says.

“What we are trying to do is to continue to generate investment outperformance relative to global indices like MSCI’s All Country World Index by investing in companies and markets that are set to benefit as the world transitions to a more sustainable economy.

“We can go to a traditional pension fund or private bank or sovereign wealth fund and make the case for the transition to a more sustainable economy, but we pitch for an allocation without mentioning ESG or socially responsible investing or impact investing, or any other term of art that generally speaking gets in the way.”

The problem with such terms, Simm believes, is that they presuppose “that there is an allocation for those types of investing and 99 times out of 100 there is not. We deliberately avoid those labels to avoid getting trapped in the 1%.”

Put on a pedestal
Simm – whose remuneration last year amounted to £953,604, including a bonus of £700,000 – maintains that, despite the Impax name, he did not set up the company as an impact investor with the aim of fundamentally changing the companies that his firm invests in.

“Generally speaking, our preference is to invest in companies that have got reasonably good governance or very good governance,” he says. “We don’t have a big engagement team and in that sense, we are not activist investors.

“Governance is right at the heart of a company and should be the bread and butter of all investment and management work, but environmental and social issues are two of the wider issues that good investors or investment managers ought to be looking at. 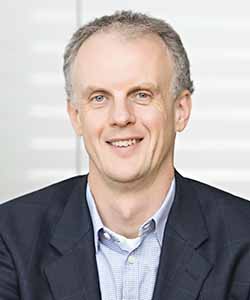 “However, it is not obvious why environmental or social factors should be put on a pedestal relative to other broader factors, like technological change or the change in consumer preferences or the changing views of millennials around social issues.”

Asked whether the term ESG serves any useful purpose, he replies: “It is not a bad thing, no, and in fact it is helpful so long as you unpack what it means. It is just that we have chosen not to use the ESG brand. ESG is a reminder to do a better job in each of the three areas of decisions on how to deploy investment, the search for opportunities and the management of risk. Our view is that it is a very useful tool to avoid complacency in those three steps.”

It remains the only acquisition that Impax has ever made and Simm insists that it is not Impax’s intention to be an acquisitive company. “We had worked with Pax for ten years to jointly establish an environmental fund for US retail and we share the same investment philosophy,” he says.

“Their product range is skewed towards US equities and US fixed income, whereas what we do out of London is global and private equities.

Last year its adjusted profits before tax rose 120% to £19.2 million, while revenues doubled to £65.7 million.

Despite the swing to passive in recent years, Impax is firmly committed to the active investment style. “We can demonstrate that our investment processes have been delivering alpha relative to a basket of the passive version, if you like,” he says. “We can justify our fees because of our outperformance.”

The acquisition of Pax World was strategically important, says Simm, as it gives Impax the opportunity to bring US fixed income and equity products to a European client base. Likewise, it offers Impax the chance to take its London-managed strategies to the US market.

An unconstrained global equity strategy, launched in 2015, invests in companies “inclusive of large-caps that are well positioned to deliver strong returns over five to ten years”.

The unconstrained strategy, which also invests in financials with a focus on financial inclusion in developing countries, along with healthcare, was selected by wealth management business St James’s Place for its Sustainable and Responsible Equity Fund last year.

Simm says that winning this mandate, previously held by Standard Life Aberdeen, for a strategy of just under £300 million was “quite an important milestone for Impax: it gave us quite a big step up in our UK profile”.

When it comes to green energy in Europe, Impax prefers to concentrate on non-UK investment opportunities – partly because of inconsistent government policy in the UK on subsidies such as feed-in tariffs for wind and solar power, which have been cut back severely and often with little notice. “In contrast countries such as Germany, France and Ireland have much simpler and more stable policies for renewable energy, which we have found to be more appealing.”

Brexit, and the threat of being cut off from European investors, is also a headache for Impax, which is planning to create a subsidiary in Ireland through which it plans to route some of its European business.

Passion and logic
Looking back at his career so far, Simm expresses quiet satisfaction that he has been able to “join the dots” back to his fascination with the environment as an undergraduate. “The fact that has translated into me building up a business to do that in an investment management framework is a logical consequence of that passion that I have held for 30 years,” he says.

His contribution towards building a more sustainable, or circular, global economy was recognised last month by the World Economic Forum, which awarded Impax its coveted Circulars Investor Award. But there is still plenty to do, he says, listing global threats such as the environmental consequences of population growth, urbanisation and excessive resource consumption.

“At the same time, there are hundreds of millions, if not billions, who are going to be dependent on the financial results of their savings plans or long-term retirement,” he frets. “There is still an enormous amount to be done to connect those two areas to make sure that those savings pots are as efficiently managed as possible so that people don’t lose money unnecessarily.”