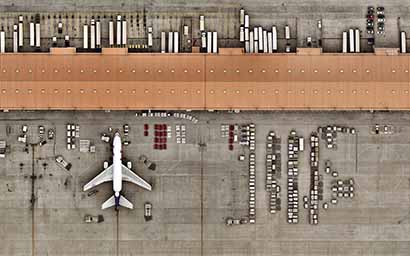 They probably don’t, but they might start to now that the European financial regulator is releasing annual fee statistics. Fiona Rintoul reports.

“We need everyone who is buying an investment product to know what the full charges are in terms that they can understand,” says veteran investment fees campaigner David Pitt-Watson, now an executive fellow at Judge Business School, Cambridge University.

Sounds simple, huh? But a year on from the introduction of the second Markets in Financial Instruments Directive (MiFID II), are we there? No, we are not. There have been improvements, though. “Disclosure is better,” says Hugues Gillibert, founder of Fitz Partners, the London-based experts in fees and expenses. “Ongoing charges are more widely used and hopefully people understand a bit more what it’s all about.” At least the days are gone when an “executive” workplace pension plan could present savers with a fee formula for fully paid deductions such as this one: T/100 x (5 x n/a + (100 – IP/12) x b.

Let’s not bore ourselves with what the letters mean. The definitions run to a page and don’t really help. And pension products are a different beast – though they do, of course, often come from the same stable as investment funds.
Wilful opacity has afflicted both pension and investment fund products in the past. Between that and complete transparency lie many staging posts. Right now, the funds industry is in a place that looks like a bright but wayward child’s end-of-term report: “Could try harder”.

Any movement?
Not really. Figures from Fitz Partners show little movement in fund fees over the past four years in the three major domiciles of Dublin, Luxembourg and the UK. Meanwhile, the first annual statistical report on the cost and performance of retail investment products released by the European Securities and Markets Authority (Esma) in January this year does not paint a pretty picture.

It shows that, for Ucits-regulated funds, the total cost presents a significant drain on performance. The impact varies across asset classes, but on average, costs accounted for 25% of gross returns between 2015 and 2017.

Twenty-five percent of gross returns… It sounds like rather a lot. You surely wouldn’t get many takers if you advertised a fund with those kinds of fees. So, what is to be done?

European legislation, such as MiFID II, which aims to make charges more transparent, has produced mixed effects. Industry bodies such as the European Fund and Asset Management Association (Efama) complain that different pieces of legislation interact in unhelpful ways.

“The issue we have is that, while MiFID II brings additional clarity to investors, other European Union legislation also contains cost-disclosure requirements that are not fully aligned to those under MiFID II,” says Andreas Stepnitzka, senior regulatory policy adviser at Efama.

Culprit-in-chief is the regulation known as PRIIPs, which mandates a three-page Key Information Document (KID) for retail investors. “Unfortunately, the PRIIP KID not only uses diverging methodologies that are incompatible with those set out in MiFID II, but these methodologies themselves are deeply flawed and produce misleading cost information,” says Stepnitzka. “This is why Efama has been calling for a comprehensive review of the PRIIPs regulation to fix these flaws.”

This is a point on which there is some unity, for consumer protection bodies aren’t impressed either. “If anything, the KID for PRIIPs is making it more difficult for savers to compare fees as the KID provides only for future projections on costs, not actual costs, making it extremely difficult to compare one product to another,” says Arnaud Houdmont, chief communications officer at Better Finance.

Unhelpful information
Others are concerned that the focus on transaction costs in the fee debate is a red herring. Gillibert says it would be unhelpful to include them in the ongoing charges figure (OCF), not least because they are hard to calculate for fixed income investments: “To me, the one cost that is built and managed by asset managers is operating expenses.”

Distribution costs can also play a sometimes unacknowledged role in the total cost to the client – particularly the retail client. However, distributors don’t seem to come under the same pressure as asset managers to lower their costs.

“What is very tough on asset managers is that they are blamed for things over which they have no control,” says Gillibert. “The cost of distribution is not theirs. All they can do is try to lower their own costs. Maybe platforms should make an effort as well.”

This kind of comes down to how the industry is structured. European distribution channels can pile on costs that don’t exist – or not to the same extent – in, for example, the US. “A significant share of US funds are sold through financial advisers which charge asset-based fees in addition to the funds’ total expense ratio (TER),” says Stepnitzka. “This is an important distinction when comparing European funds’ TERs to US TERs.”

US mega-firms can also benefit from economies of scale in the US not available to European firms in Europe. Firms such as Vanguard may be exporting some of those benefits, but that doesn’t change Europe’s fragmented architecture.

Back in 2011, Efama commissioned a report from Strategic Insight (SI) to analyse the impact of these differences. The report found that when the three mega US managers of American Funds, Fidelity and Vanguard were excluded from the data, US and European fees for retail actively managed equity funds and bond funds were broadly similar.

SI calculated these fees by excluding retrocessions to distributors to measure the fees retained by European investment fund managers, having estimated that managers in Europe retain on average 42% of the TER. Though both markets have moved on, Efama believes the SI analysis remains valid to understand why TERs are higher in Europe. However, not all US funds are distributed through advisers. There is also an important direct distribution channel, which means fees charged by distributors are often avoided. “In this respect, it is key to shorten the intermediary chain in the EU and reduce the dominance of commission-based distribution,” says Houdmont, who also sees conflicts of interest in the long intermediary chain.

“What is needed is a better alignment of asset managers’ and distributors’ incentives with clients’ returns.”

A question of value
Another topic that cannot be ignored is the active/passive debate. The Esma report finds that costs for actively managed equity funds are significantly higher than for passively managed funds. That is to be expected because of the cost of active management itself and because active funds are often sold through distribution channels that attract distribution and advice costs.

The question, therefore, is really one of value. Unfortunately for active managers, Esma finds that the cost disparity “leads to lower performance net of costs for active compared to passive funds”.

The Esma report also highlights a host of other problems. On average, retail clients pay twice as much as institutional clients. There is a lack of available and usable cost and performance data for retail alternative investment funds and structured retail products.

Neither are the problems confined to the retail market. Pitt-Watson highlights high charges for institutional investors in alternative investments such as private equity. Including hidden fees, charges can soar as high as 6%-8%. Indeed, fees for alternative investments lack transparency across the board. “There is a bit more clarity on quoted stocks and bonds, but deep obscurity on anything more complex than that,” he says.

Gillibert believes active managers are aware of the problems. “Over the past three to four years, a lot has been done,” he says. “Some of our clients have restructured their pricing from scratch.”

Perhaps something further has to give. Efama notes that fees reflect the current complexities of distributing funds throughout the EU. The European Commission’s cross-border distribution initiative, which it supports, may help to fix this. Better financial education is also a factor. However, the main driver of lower fees will likely be the competition provided by the Vanguards of this world.

As Detlef Glow, regional head of Lipper research at Thomson Reuters, has noted: “Under pressure from the competition with passive products, the fund industry needs to review the cost structures of its products to identify those products that allow higher fees by the level of outperformance they deliver for investors.”