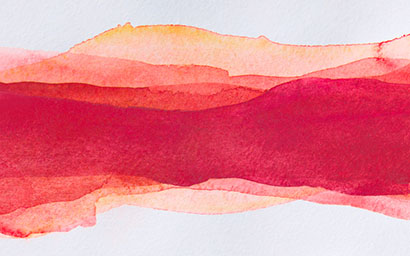 Recent closures of so-called ‘CLO 2s’ by Natixis and Axa Investment Managers highlight how securitisation has wound its way back into play in the asset management industry.

Don’t be surprised if your Ucits-regulated fixed income fund has exposure not just to mortgage-backed securities (see pages 18-19) but also to another form of investment that has been lumped in with complex derivatives.

We speak of the collateralised loan obligation (CLO): a bucket of 80-100 loans in one wrapper, split into tranches of varying credit quality with commensurate yields.

Returns for AAA-rated tranches of CLOs have been at 0.80% on a total return basis recently, while investors could have gained 3% for riskier BBB tranches, according to Bank of America Merrill Lynch estimates. Those yields, which were higher at the beginning of 2017, have gained attention and CLO issuers have found willing funders.

And Axa Investment Managers, part of the French insurance group Axa, said it had a record year in 2017 also acting as a CLO manager, with $1.4 billion (€1.1 billion) raised in three transactions, including Adagio VI, a euro CLO closed in December. Axa IM counted asset managers among its investors, along with insurers and pension funds.

Though sophisticated investors will often invest in segregated mandates, Ucits funds may also invest in CLOs as long as the CLO issues meet certain criteria. “It depends on the CLO,” says Mike Newell, a partner at law firm Norton Rose Fulbright.

“A Ucits fund can invest in an asset-backed security as long as the investment is a transferable security. If the CLO is relatively vanilla and listed on a major market, then it would be quite easy for managers to make that decision.”

The Natixis and Axa successes in the CLO market are a sign of what asset manager Insight Investment says has been a resurgence in recent times in this area of structured debt.

Insight invests some of its client money in CLOs through two asset-backed securities-pooled funds, including the Liquid ABS Fund. Both are Ucits-approved and benchmarked to Libor. The firm recently published a paper about the nearly half-a-trillion dollar market (of which $75 billion is in Europe and $400 billion is in the US). The paper (‘The resurgence of the global CLO opportunity’) cited Morgan Stanley research that indicated CLOs occupied the highest concentration of overweight positions among investors within asset-backed markets.

What has been behind this?
“CLOs are still cheaper versus other forms of credit,” Jeremy Deacon, senior portfolio manager in secured finance at Insight Investment, tells Funds Europe.

In part, he says, this is because history has been unfair to CLOs and the market is still largely misunderstood.

The main thrust of the Insight report is that CLOs are not the ‘toxic’ assets that many investors – who recall Warren Buffett’s “financial weapons of mass destruction” quote about derivatives in 2002 – may think.

The subsequent blow-up in derivatives in 2007 seemed to prove the Sage of Omaha right, though the crisis centred more on subprime mortgage derivatives and credit default obligations (CDOs).

CLOs are much safer than supposed, and the yields from CLOs more than compensate investors for the credit risks, supporters of the asset class say.

For example, the Insight report says that even during the financial crisis, the fundamental performance of the CLO sector was “remarkably robust”. Quoting S&P data, AAA and AA-rated tranches of CLOs never incurred a default over many years of study from 1994, it notes. Cumulative defaults further down the capital structure of a CLO were 0.41% in the US and 0.11% in Europe over 23 years, including the crisis period. 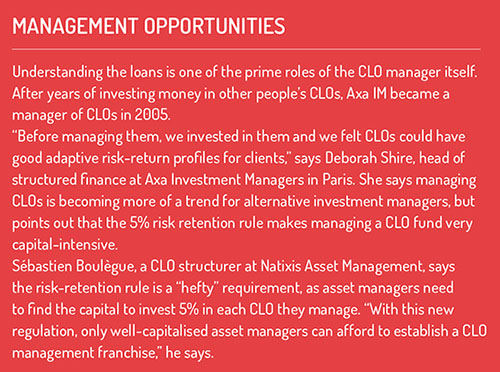 It was different in US residential subprime mortgage-backed securities, which saw a 15.9% default rate. That figure rose to more than 20% for CDOs made up of subprime mortgages following the events of 2008.

CDOs have not made a comeback. CLOs have. But they are now often referred to as ‘CLO 2s’ to distinguish them from the instruments sold around the time of the 2008 crisis.

Deacon maintains that CLOs are still misunderstood and did not deserve to be lumped in with subprime mortgages and CDOs in people’s consciousness following the financial crisis. There were about 4,500 individual CLO tranches in existence during the financial crises and fewer than 12 made a loss, he says.

Where people did lose money was in cases when they failed to understand the underlying loans and bought because of the yields on offer.

Skin in the game
CLO 2s have added structural protections. Primarily, these improvements come down to the rule that originators and sponsors of CLOs (and other asset-backed securities) must have a 5% economic interest in the CLO. This is the so-called ‘risk retention requirement’ of the Capital Requirements Directive, a concept often referred to as ‘skin in the game’.

According to Deacon, many Ucits assets managers applied risk measures like this even before the rule. “In reality, a lot of managers would have had that pre-crisis anyway.”

Skin in the game is intended to align the interests of both investors and issuers. Structured finance, with its non-bank lenders and complex lending models, is a central plank of the EU’s Action Plan on Capital Markets Union to bolster the region’s economy, so promoting confidence in CLOs is important.

In 2017, there was €19.7 billion of new European CLO issuance, according to Bank of America Merrill Lynch, and an additional €24.6 billion issuance from refinanced deals. In the last quarter of 2017, issuance in the European CLO market was reaching a record.

Deborah Shire, head of structured finance at Axa Investment Managers in Paris, says the European AAA tranche, or senior tranche, was recently at 75 basis points (bps) above the three-month Euribor cash rate. It was 125 bps above it in January 2017. “AAA has been a spread tightening. In 2017, there was a constant tightening trend in line with demand acceleration,” she adds.

And at Insight in London, Deacon says AAA-rated tranches were yielding 0.8 bps over the three-month Libor return in sterling, down from 140 bps earlier in the year – a dip no doubt caused by the renewed interest in CLOs.

BBB-rated tranches were yielding 280 bps over three-month Libor in the last quarter, down from 400 bps.

Deacon says spreads in 2018 will “grind tighter, like a lot of ABS might”. This will happen as more investors buy CLOs, he says, to take advantage of how cheap they are in relative terms.