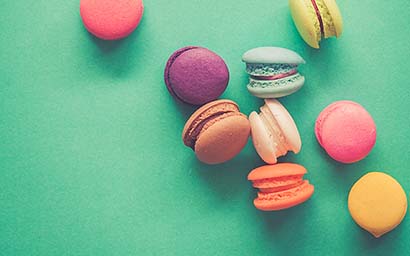 At a time of continuing low interest rates, some income funds are paying 8%-9% a year against a global equities benchmark of half that amount. Mark Latham examines some of the reasons.

Many equity income funds produce returns for investors by distributing the dividends paid by companies. But because the managers of funds have a broad discretion as to how income is distributed, there are also income funds that distribute any capital gains generated.

The marketing materials of funds that return capital growth, such as Schroder’s Global Dividend Maximiser (which targets a yield of 7% a year), make it clear that income comes from both sources: dividends and cash received from selling some of the potential capital growth on the equities held in the fund.

While the existence of a wide range of income funds with such different return levels might be confusing for investors, Igor Krutov, director of research at Swiss fund house Vontobel Asset Management, says that the important thing is “whether investors understand what is being distributed”.

“I think the recommendation to investors should be that one can never forget about the fund’s total return; it should not just be about distributions,” he says.

“Investors in equity income funds may care more about the income component of total return than investors in regular equity funds. But total return should still be very important.”

Richard Garland, managing director of Investec Asset Management, believes that the issue should be examined by regulators. Speaking at a Funds Europe roundtable in New York recently, he said that in Asia particularly, investors want and expect high-yielding income funds.

“They don’t care about the capital return: they want the high yield number,” he said. There are funds that pay out income of 8%-9%, and a portion of the income comes from capital.

“So, yes, it’s income, but at what cost? An investor may be better off having a good capital growth fund and redeeming units every month. But it’s always the headline yield that people look at,” he added.

A run on the bank
Garland also frets about the potential impact on liquidity. “If there were a run on these funds, who would make the market? If there were a slew of redemptions but the banks weren’t making a market any more, spreads would widen dramatically.

“If you are generating a certain level of yield which is not a natural level of yield – in other words, not the yield that is in the portfolio of securities or bonds – then you are supplementing that yield from capital.

“That means you have constant capital erosion and if you are stretching the yield to the point that you have to go down the quality curve – so that you end up in triple-C or even unrated stuff – then if you ever have this problem, you end up with a sort of run on the bank.”

Garland notes that the issue of capital gains distribution is an issue in Asia (and to a lesser extent, Europe) particularly and affects both  mnand bond-based income funds.

“There are high yield funds out there paying 8% but when you look at the high yield market, you cannot get 8%,” he says. “The market is yielding 6% or 5%, so how on earth can you have a US or global high yield fund creating a yield of 8%? That is the issue, bluntly.

“If you look at some of the prospectuses of the funds, you can read that a portion of the income being distributed comes out of capital gains, but the question is, what happens when there is no capital gain?

“This is something that we as fund managers or the industry have to look at very carefully but at the end of the day, I think the regulator should probably look at it.”

Lost in the risk
Jeff Klepacki, head of distribution at Aberdeen Standard Investments, believes that the issue of potentially unsustainable returns extends to bond funds.

“Clients can get lost in the risk they’re taking to get a yield,” he says. “Consistently, the bigger yield number wins. If one bond fund has a five handle and one has a four, you’re going to get more business, regardless of how it is that you achieve five.

“I don’t think some investors realise there are unrated securities in some of these funds and they are risking a high level of defaults.”

Roul Haerden, manager selector at Amsterdam-based Kempen Capital Management, thinks that returns are not the only factor for those selecting income funds – or even the primary consideration.

“From a manager selector point of view, we try to assess closely how such an income fund is really composed. This should mean genuinely fixed-income asset classes that provide varied sources of yield,” he says.

“Those assets can certainly range between different risk categories (for example, low-yielding versus high-yielding assets) or liquidity levels, but they must be complementary and combine to give a diversified level of risk attribution to the income fund label.”

John Looby, senior portfolio manager for global equities at Dublin-based KBI Global Investors, suggests that the issue of whether capital gains are distributed or reinvested in a fund highlights an important point for any investor attracted by the headline yield or income level.

“People need to get behind that number and see what it is made up of, as not every yield is created equally,” he says. “My advice would be don’t just look at the surface of the yield or income figure and ask some questions as to how it is made up.”

The income in KBI’s equity-based income funds is generated entirely from income from dividends but the fact that the income in funds managed by other investment firms can come from a mixture of different asset classes should prompt investors to take a good look at (in Looby’s words) “what is under the bonnet” before committing themselves.

“Investors need to really look at what the underlying assets are that make up the payment of the income or the dividend yield or whatever they are receiving,” he says.

Falling into a trap?
Wealth manager Sanlam last month published its biannual ranking of open-ended UK equity income funds, which found that the best-performing funds yielded between 4% and 6% in 2017, comfortably above current bank interest rates.

The report, which ranks funds based on the income and capital growth over five years and the volatility of their returns, put the LF Miton UK Multi Cap Income Fund, which delivered a return of 111.3% in the five years to December, in pole position.

Philip Smeaton, Sanlam UK’s chief investment officer, warns that investors motivated purely by yields could be falling into a trap.

“Chasing yields is a dangerous game – as eager investors pile into buying these stocks, it becomes an ever-larger proportion of the index,” he says.

“Today this situation is exacerbated because risk-blind passive funds are then forced to buy more.

“Ultimately, this is pushing up the valuations of high dividend payers to unsustainable levels. Smart managers with longer-term horizons will know to avoid these stocks as they are overpriced. It is important for investors to remain sensitive to the total return level and not be drawn into chasing any stock that is paying income.”