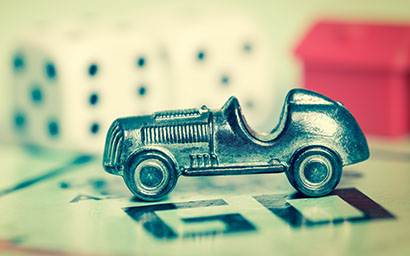 US mortgage-backed securities probably make up a large part of your fixed income portfolio, so what happens at the Fed is crucial. Nick Fitzpatrick reports.

Few people would say the global financial crisis is truly behind us, not while interest rates remain this low. But when an investment fund is using mortgage-backed securities (MBS) to reduce risk in a broader bond fund, it surely symbolises how some things have changed.

A December 2017 Morningstar report on the Amundi Pioneer Strategic Income fund – a US dollar flexible bond vehicle – noted that ‘agency MBS’ were a 29% portion of the portfolio at the end of September, up from 20% a year before.

Mara Dobrescu, a Morningstar specialist in fixed income manager research, said the fund had increased its exposure to agency MBS over the year and cut exposure to high yield. In the report, she described this as a steady shift by the fund into “defensive assets” in response to “tight” valuations in the lower-quality parts of the corporate bond market.

Charles Melchreit, who is a joint lead manager of the fund, told Funds Europe the portfolio’s exposure to agency MBS had increased over 2017, though it had reduced slightly again recently (it was 23% by the end of the year).

He emphasised the defensive point, saying the move reflected a wariness of lower-grade corporate bond valuations rather than a hunt for yield, which is one other reason why MBS might look attractive to many investors.

“We are not chasing yield,” he maintains. “It’s a relative value issue.”

Bad reputation
MBS were closely associated with the start of the financial crisis when the US housing bubble burst in 2006. The value of US subprime mortgages was estimated to be $1.3 trillion at the time.

It might seem odd that what could now be seen as a defensive asset class was once fiercely criticised for its complexity – although it must be said that the subprime mortgages at the heart of the crisis are a world away from those that the Amundi Pioneer Strategic Income and other bond funds invest in today.

The MBS in the fund are not delinquents. Indeed, the agency MBS portion of the wider residential MBS market is a segment that is guaranteed by the US government.

On top of that, not only are agency MBS guaranteed, but the Federal Reserve’s post-crisis policy measures are designed in large part to support the US housing market, which underlines the health of MBS.

There is clearly a liquid market in these agency bonds, given that they make up 28.07% of the Bloomberg Barclays US Aggregate Bond Index (at December 31, 2017). The index does not include MBS bonds with ratings lower than BBB-.

Exposures
Monthly agency MBS issuance in the US is about $120 billion (€96 billion) and Morningstar’s Dobrescu suggests it would not be unusual to find MBS in the sleeves of diversified bond portfolios.

For example, the Pimco Total Return Bond fund – a $6.3 billion fund in Europe – had a 15.4% allocation to agency MBS according to recent Morningstar data. By contrast, at September 30, 2017, it had an 18% exposure to US Treasury bonds.

The average exposure at this time for the Morningstar US diversified bond funds category was 31.3% – almost ten percentage points higher than the category’s average holding of government bonds.

BlackRock’s Fixed Income Global Opportunities Fund recently had a 5.1% allocation, according to Morgningstar.

Diversified bond funds aren’t the only places where you will likely find high exposures to agency MBS. Pure government bond funds have turned to what are quasi-US government bonds in light of their slightly better yields, Dobrescu tells Funds Europe.

Non-agency MBS – that is, US MBS that do not have a government guarantee – account for less than 2% of this fund category’s exposure, though Dobrescu notes that risk has come down among these instruments due to improvements in the US housing market.

Safe as houses?
Robustness of the US housing market is crucial to confidence in the US residential MBS market. In turn, Fed policy is linked directly to supporting the residential property sector. The Fed’s low interest rates obviously support borrowers.

The central bank has more than $4 trillion in Treasury debt and MBS, bought mainly to stimulate the US economy.

However, the portfolio is expected to shrink by a third by 2012, according to Fed figures, as it unwinds this balance sheet. A great deal of attention has therefore been levelled at the Fed’s rate rises over the past year and the unwinding of the balance sheet.

Whatever the views on how MBS will react in the so-called rate normalisation environment, the high exposures in some funds reflect confidence in the sector.

Brian McDonnell, senior portfolio manager of the fund, said standalone agency MBS funds can act as diversifiers in an environment of rising rates for portfolios exposed to corporate bonds and equities. Agency MBS have close to no correlation with S&P 500 equities and low correlation to global equities, he says.

As for correlations within fixed income, he says: “All bond spreads have narrowed [over the past year] versus US Treasuries, but agency MBS still offer value in terms of quality and income.”

Until the Fed’s announcement last year, narrowing spreads had been more significant for corporate bonds. Even when the Fed announced it would reduce its balance sheet of MBS and Treasuries, spreads tightened, contrary to what investors had expected in the event of this type of action.

McDonnell says this was down to good communication on the Fed’s part: “The Fed did a good job of telegraphing it, unlike in 2013 when tapering happened.”

Fed assurances calmed people’s nerves. “The Fed said it would review the situation quarterly to see if its action had any negative effects on mortgage rates and the housing market. If so, they could pause,” McDonnell adds.