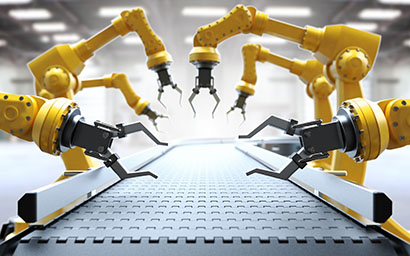 The digital revolution in the asset management sphere has begun in earnest, but will it help basic processes become more automated? Nicholas Pratt asks how effectively this new technology is being applied.

Evidence suggests that the funds industry is still unable to eradicate one of its most persistent inefficiencies – certain basic manual processes. And this is despite the era of heightened innovation and technology that we are witnessing.

The most recent report on automation in cross-border funds, released last December, showed that automation rates had failed to increase substantially during the second quarter of 2017, which happened to be during a period of record fund sales for the industry.

The data – from financial messaging cooperative Swift and the European Fund and Asset Management Association – was based on 28 transfer agents and indicated that the automation rate across Ireland and Luxembourg had reached 86.6%. By comparison, the final quarter of 2016 saw a rate of 86.7%.

Manual rates during the latest period of study had remained “stable” at 13.4%.

There is also anecdotal evidence that the industry has stalled in its efforts to increase automation. According to one software firm, even the biggest global custodians are choosing to employ thousands of manual processors in an Indian offshore centre rather than invest in new software that could eradicate the last instances of manual processing.

Manual processes in the back office occur at a time when in other parts of the industry, we see the rise of artificial intelligence in fund selection and in portfolio management.

So are operational issues to do with processing automation being neglected?

One problem is that using artificial intelligence to build products that provide portfolio managers with investment insight is far more interesting than using robotics and process engineering to automate the numerous legacy tasks that are heavily manual.

The challenge for the industry, says Chirag Patel, regional head of research and advisory at State Street Global Exchange, is to devote enough resources to the latter, even though it is the less eye-catching project.

“Robotic process automation may be less visible to clients than a robo-adviser but it can have an immediate effect on efficiency,” says Patel. “Those benefits can be made visible to clients through faster fund price confirmations or through the delivery of enhanced reports – for example, mobile-optimised risk reporting.”

Worth the effort?
Another challenge is that the battle for straight-through processing (STP) is more than 20 years old and all the easy things have been done. Automation rates may have plateaued but they still remain high, at around 90% of all processes.

Automating the last 10% of processes is demanding, so firms have to consider if it is worth the effort.

Jerry Norton, head of strategy for UK financial services at CGI, a technology consultancy, says it is worth it at a time when asset management firms’ costs are subject to greater scrutiny.

But the possibility of using new technology to solve old problems like STP is made harder by the fact that a lot of fintech firms are focused on the front office, or the “accessories”, as Norton calls them.

Data visualisation and robo-advice are both important services but they are not going to change STP rates. Culture, people and technology will all play a part in changing the situation, as will pricing, says Norton, citing firms such as US manager Vanguard that have focused on lowering the costs of their funds.

“They have achieved this through simplification – simple products in high volume – but also a more efficient process that presumably has a more streamlined back office and higher STP rates. If this approach makes a successful impact in the market, it will lead to more firms doing the same.”

Alternatively, if the funds industry continues to find ways of passing on costs, then no one will care about STP rates, says Norton.

Fintech misalignment
As chief research strategist at Rosenberg Equities – the quantitative equity investing team at Axa Investment Managers – and a member of the firm’s big data steering committee, Michael Kollo not only meets a lot of fintech firms pitching for business but is also responsible for deciding how to apply these new technologies within operations.

In his view, the various objectives of fintech firms are often misaligned with the needs of the operations managers they’re pitching to.

“The operations managers want to know how to apply the technology in their middle and back office and how it may be able to solve a specific problem,” says Kollo.

“Many of them suffer from huge legacy system issues but rather than undergo a wholesale replacement of that system, most firms are looking to isolate a particular process and employ a fintech to automate that function rather than automate everything.”

Conversely, many of the fintechs that are looking to sell into the investment management market are focused on the front office. “Many of them are backed by venture capitalists who want to promote the company as solving a big problem, revolutionising the industry and generally pitching very aggressively,” Kollo says.

Both sides could learn from each other, he adds. Fintech evangelists could focus less on branding and venture capitalist funding and more on understanding the mechanics of the funds industry, while fund management companies could be more open-minded in their approach to new technology, spending more time looking at how they can best apply it and devising proof of concepts.

“Most people in finance are not at the stage where they are reinventing their processes,” Kollo says. “But it is a competitive industry and firms are driven by what others are doing. We will increasingly see the importance of research and development. At the moment, though, there is a lot of fear and hype.”

Another potential catalyst for improving STP rates is a change in market conditions, says Jason Whitaker, global investment management solution lead at Finastra, one of the biggest fintech firms in the world following the merger of Misys and D+H.

The past few years of low yields has reduced returns. It has also seen a fall in sales of high-margin, actively managed investment products, while sales of low-cost vehicles such as ETFs have increased.

“The rising market has effectively prevented these reduced revenue margins resulting in falling profits for firms,” says Whitaker. “But that can’t carry on forever and at some point the industry will come under pressure to cut costs and that could lead to more interest in new technology like AI [artificial intelligence] and how it can be applied to back-office processes.”

Whitaker agrees that a lot of work has gone into applying these technologies into front offices, such as using big data for investment ideas, and into distribution, such as robo-advice. However, there is only a limited scope in the short term for these areas, given that they require very sophisticated technology and huge processing power, he says.

The real interest should be in the back office, says Whitaker. “If you have a well-organised back office and a well-defined idea of what you want to get out of the technology, it can free people up to perform more high-value tasks.”

Welcome, blockchain
Funds processing may still be more manual than other industries and transfer agents may be more focused on regulatory requirements rather than service improvements but, says Olivia Vinden, principal at consultancy Alpha FMC, there is growing enthusiasm for applying distributed ledger technology (DLT), also known as blockchain, to transaction processing.

The use of DLT would remove a lot of friction from the post-trade process and should see STP rates go up. Vinden expects to see a number of DLT solutions for funds coming into production before the end of 2018.

“Fund dealing is still a low-margin business, so any reductions in operating costs would be welcomed. Plus, there is a lot of frustration from both managers who dislike the lack of visibility of their inflows and outflows and investors who want a better service. Blockchain/DLT could be a win/win.”

However, as with the use of other new technologies, some are urging caution around the potential of DLT. Questions still remain around scalability, traceability – and the fact that blockchain is not the only way to build a distributed system.

“Write down all the potential use cases and requirements and then replace the word ‘blockchain’ with ‘database’,” says Piotr Laskawiec, software architect with software firm Metrosoft. “If it makes sense, then using a private blockchain is probably pointless.”

The technology is not the problem, it is the lack of common sense and a failure to use the right tool for the right action, says Laskawiec. Others believe that there is evidence of more common sense emerging, helped by a better balance between financial practitioners and technology experts and a realisation that the massive potential of new technology has to be matched by a disciplined and scientific approach to its implementation, particularly in terms of analytics-based services. “The most interesting innovations have come from the fintechs that have got that balance right,” says State Street’s Patel.

As for fund management firms looking to deploy new technology for key back-office functions, Patel urges them to be aware of the regulatory implications.

“It is a very heavily regulated industry and overnight revolutions and disruptions are full of risk. So you have to not only have a grasp of how the technology might work in scale, but also understand the impact at a low level, so engage in more proof of concepts and bring regulators onboard.”