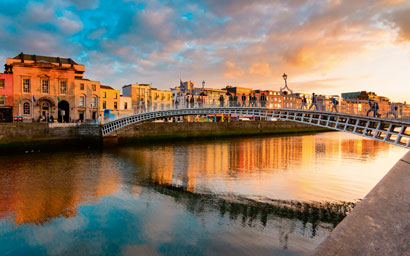 Hopes are high that the Central Bank of Ireland’s final guidance on fund governance will help to dispel its financial service sector’s Wild West image. The guidance took years to arrive, writes Nicholas Pratt. But has the issue really been resolved?

In late December, the Central Bank of Ireland (CBI), the regulator of one of Europe’s largest international funds markets, issued its final guidance on fund management company effectiveness, theoretically bringing to an end a process that had been ongoing since 2014.

More than two years of consultation between the CBI and Ireland-based ‘management companies’ – the regulated entities for fund providers with funds, if not headquarters, domiciled in Ireland – brought up several concerns, mostly regarding the composition of management company boards.

The CBI had imposed a location rule: two-thirds of directors must be based in the European Economic Area (EEA) and, for the majority of management companies considered ‘low’ risk by the CBI’s supervisory system Prism, at least two members of the board must be resident in Ireland. That rises to three for firms ranked as ‘low to medium’ risk.

The central bank also insisted on the appointment of more independent directors and an increase in their responsibilities, especially in relation to overseeing the organisational effectiveness of the companies they represent.

In their feedback to the CBI’s ‘CP86’ consultation, some fund managers complained that these steps would actually weaken governance by restricting the pool of director talent available. Meanwhile, the CBI continued to press on with its objective of raising the bar for directors and, in turn, bolstering the corporate governance credentials of the funds industry.

Now the process has come to a close, both sides have seemingly settled on a way forward. There is relief that the process is over and fund managers can get on with implementing the guidelines and making changes where needed.

A CHANGE OF HEART
“It has been a bit of a journey,” says independent director Noel Ford of the changes framed under the consultation. The most significant are for directors, particularly independent non-executive directors.

In addition to reappraising the level of expertise, the CBI has also compromised on its location rule – the stipulation that two-thirds of directors and designated persons must be within the EEA was reduced to 50% in the December guidance.

“This is not an attempt to bolster the Irish funds industry by making more home-based appointments but to make it easier for the central bank to supervise,” says Bredin.

The CBI has scrapped the proposed blending of the independent and designated person’s role, recognising it is not conducive to good corporate governance.

Also, the CBI has indicated that there are too few independent directors stretched across too many fund management companies. There has been a challenge to what can be considered as a reasonable number of independent non-executives to be effective. The CBI guideline for the number of directorships an individual can take on is 20. The number of hours is also limited to 2,000 – the idea being that directors will be able to focus on the sub-funds as well as the master funds and generally perform a more granular oversight of the fund management companies.

The guidance from the CBI has been broadly welcomed by the director community, says Ford, given that it both clarifies the depth of skill sets within the jurisdiction and ring-fences their responsibilities. However, these enhanced responsibilities will require some adaptation and education for many independent directors.

The CBI expects independent directors to monitor the operational effectiveness of the fund management company and how this could be improved upon. The Organisation Effectiveness Review will take in the revised management functions noted in the CP86 paper. This will include a new focus on specific functions such as distribution, investment and operational risk.

“This may be a challenge for many independent directors who may have more specific skills, but I see it as a great opportunity for them to see how the company/organisation works,” says Ford.

“There are many INEDs [independent non-executive directors] serving on boards that will need to be assisted. For example, monitoring fund distribution is included within an INED’s role for the first time. It is a very hot topic with regulators but there will be INEDs that have no prior experience in this area. The challenge for the INEDs will be to get comfortable with their new role – the increased expectation and the closer relationship with the executive board. The bar has been raised.”

MORE FOCUS ON DISTRIBUTION
The requirement for knowledge and oversight of the management company’s distribution strategy may be a new responsibility for directors but it should not be a surprise, says Sarah Murphy, distribution services leader at PwC. “There has been an increased focus on fund distribution across the industry over the last few years and not just the CBI. Europe in a wider sense has been engaged.

In addition, there are already requirements within the Ucits regulations and the Alternative Investment Fund Managers Directive regarding distribution and responsibilities of management companies, although these are focused more on compliance and are not as broad as those featured in the CBI’s guidance, says Murphy.

“Not only are directors expected to ensure compliance with regulatory requirements, but also to have a deeper knowledge and understanding of distribution strategy, including how this strategy is implemented and how marketing is taking place in target markets. This is no more than any director should expect to be doing to meet good corporate governance principles.”

So, are directors likely to be adequately prepared for such a role? Yes, to varying extents, says Murphy. “Directors have always been expected to have a general knowledge in relation to distribution, but the level of knowledge in terms of the detail now required varies. This may be dependent on board structure, the level of complexity within an organisation and how the whole distribution process has been managed.”

One consequence of the latest guidance is that some directors might choose to stay away from the designated person function, given that it has more potential for a day-to-day role than they might prefer. And this might lead to more boards outsourcing the function to third-party consultants, says Dillon Eustace’s Bredin.

IS IT ALL OVER?
So, will the latest and (for now) final guidance achieve the CBI’s objective of bolstering Ireland’s corporate governance and increasing investor protection? “A lot of it makes sense from a corporate governance perspective,” says Bredin. “The process went on for a number of years. We will have to wait and see how it works in practice but I see no glaring reason why it would not achieve the CBI’s aim.”

The queries that Bredin has had to field since the December guidance was issued have centred on numerous issues, including whether the UK will be given an ‘equivalence’ status for the purposes of the ‘location rule’ if it exits the EU. “But mainly everyone is somewhat relieved that the consultation period is over,” he says. “For us, we are no longer trying to guide clients in a vacuum but have some kind of certainty and firms can now start making plans for the future.”

But how long will this certainty remain? The code, which was initially devised as a response to the financial crisis of 2008 in a bid to change the perception among some that Ireland’s financial services market was some kind of Wild West, now faces the problem of being overtaken by the geopolitical changes taking place at a far more dizzying pace than the slow grind of regulatory change.

“The code will be an evolving feature, not least because on some of the more contentious areas – such as the requirement that a certain percentage of independent directors and designated persons be based in Ireland and the EEA – the CBI’s preferences may have been superseded by world events,” says Ford. “With Donald Trump’s presidency and Britain’s Brexit plans coming ever closer to reality, the EEA may look very different by the time CP86 is due to be implemented in July 2018.”