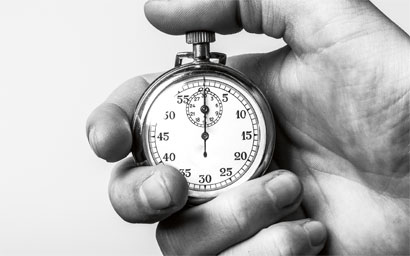 One of MiFID II’s numerous implications for funds is ‘target markets’. The way this investor protection regime is managed is still to be finalised and David Stevenson finds distributors need to work harder at it.

It’s just under a year until MiFID II – the updated Markets in Financial Instruments Directive – comes into force, following the 12-month hiatus imposed by Jonathan Hill when he was EC financial stability commissioner.

One reason for the delay was the directive’s ‘target markets’ regime. Target market is essentially a measure to ensure financial products are suitable for end investors.

UK-based asset managers and distributors should be ahead of their continental peers in their preparations for those aspects of MiFID II involving product suitability. In 2007, the Financial Services Authority (now the Financial Conduct Authority) released the Responsibilities of Providers and Distributors for the Fair Treatment of Customers (RPPD). This outlined the responsibilities of both asset managers and distributors in ensuring that products were suitable for investors.

The Retail Distribution Review (RDR) followed it and gave even greater emphasis to investor protection.

Behind the regulatory barrage were not just the financial crisis, but scandals such as the case of Arch Cru Funds.

In 2009, it transpired Arch Cru funds that had been marketed as ‘low risk’ were nothing of the kind: 20,000 unsuspecting investors had their assets invested in a mixture of hedge funds, private equity, forestry, wine and creaky Greek shipping. 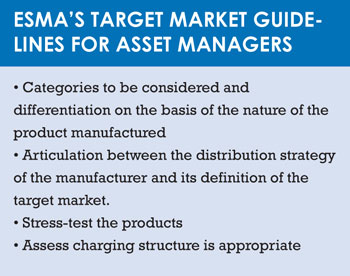 That may be an extreme example, as the funds were actively mis-sold. Arch Cru was not a breakdown in communication between the firm and its distributors about who products were suitable for.

But this type of communication between distributors and fund ‘manufacturers’ (as MiFID II terms them) is a key issue within MiFID II’s product suitability agenda – and the ability of distributors to communicate relevant ‘market information’, and asset managers to obtain it, is still a debating point with less than a year to go until the button is pushed on the directive.

WEAK UNDERSTANDING
“The market information that fund managers receive is not well handled,” says David Moffat, group executive of International Financial Data Services (IFDS). “They get masses of it through different platforms. Fund managers are very weak at understanding who is buying the fund for what person in combination with what other products. They really do run a bit blind.”

Even the Investment Association (IA), the UK trade body, thinks that more needs to be done about this. Florian van Megen, retail markets specialist at the IA, says that although the FCA’s previous focus on the issue means there is some familiarity with it in the UK, MiFID II goes further and many fund firms – manufacturers and distributors – in Europe will have no experience.

“The same product can be sold by various channels adding layers of intermediaries,” says van Megen. “We need standardisation so the MI [market information] we get back at top level is useful. If it’s all in different formats, the manufacturers can’t deal with it.”

Jeffrey Mushens, technical director of the Tax Incentivised Savings Association (Tisa), says Tisa has run a product governance group for over a year and is about to release a recommendation for standardised market information reporting.

Tisa has worked with the IA and other groups to produce a best practice guide and has had separate groups for manufacturers and distributors.

Steve Jenner, head of customer strategy at Henderson Global Investors, has also been involved and says consultation with bodies such as the European Securities and Markets Authority (Esma) is ongoing.

Jenner says that the consultation with Esma is generally constructive and positive. However, a representative of an asset management firm who preferred not to be named described it as a “long and tedious process”. Distributors, who may well have to communicate target market information, are in vital need of further guidance. Fidelity International, in response to a request from Funds Europe, said in a statement: “We are looking for pragmatic and proportionate solutions but before this can be achieved we need a common understanding of the requirements and have asked Esma to provide more clarity in this area.”

Other distributors contacted did not wish to comment – a possible sign of how uncertain they are with this new responsibility.

The fact that it’s the first time that distributors have had to provide market information to manufacturers on a European level does not seem to evoke any sympathy from commentators – many see the burden as equal on both sides.

However, Henderson’s Jenner does say that there is less clarity on the information requirement from the distributor to the manufacturer. As Fidelity illustrates, this has been mentioned to Esma.

IFDS senior manager Jennifer Shelley, a member of Tisa’s MiFID II working group, says distributors took quite a while to get involved with the process as it’s the first time they’ve been told they have a responsibility for providing market information.

“Fund managers are used to being hit by the FCA with new requirements. Distributors aren’t quite as aware of the detail,” she says.

EXTRA COMPLEXITY
Under MiFID II, products are deemed ‘complex’ or ‘non-complex’. Therefore a frontier fund – one that invests in stock markets less established than emerging markets and which is likely to have highly volatile returns – is deemed ‘non-complex’.

This again puts the onus on the manufacturer to define which type of investor is suitable for this type of product. But as the IA’s van Megen says, “how it works with MI [market information] is unclear as of yet”.

There is also some confusion over Ucits and fund managers regulated by the Alternative Investment Fund Managers Directive that are not MiFID II firms. In this case, the onus may be on the distributor to ask for target market information from the manufacturer whether they are MiFID II or not.

“What’s unclear,” says Jenner, “is that, as a non-MiFID II firm, what is the responsibility to ask for the information? And even if we ask for it, what is the distributor’s requirement to provide it? There’s a risk it gets more piecemeal and less scalable and useful.”

However, Tisa’s Mushens sums it up by saying that Ucits managers who are non-MiFID II are still caught by the directive through the people selling them, the distributors.

Another complexity may be that as distributors will have to do more work, will they be able to charge for providing market information?

“Initially a number of platforms thought this would be something they would be able to charge a fee for,” says Moffat at IFDS.

The RDR, which generally restricted payments from fund manufacturers to distributors, had some exemptions under the ‘PS31’ section where payments could be paid by a manufacturer to a platform for certain services.

“One was for nebulous marketing support,” says Moffat.

However, he goes on to say that it was made clear by the FCA that enabling a manufacturer to fulfil requirements under MiFID II would not be classed as marketing support.

Market information is necessary compliance information and if platforms did try to describe it as ‘marketing support’, the PS31 exemption under RDR would be changed.

As if this all weren’t enough with less than a year to go, there are other troublesome questions. For example, what happens if it all goes wrong? Who will the regulator go after?

Shelley at Tisa invokes the principle of ‘deeper pockets’: “Who is the FCA going to go after?” she asks. “Desperate distributors who are small – or big manufacturers?”

Perhaps the jury could deliver a quick verdict on that question.

Even with various bodies and firms engaged in consultation with Esma, the implementation of MiFID II is going to be tough. While the FCA’s action around target markets only constituted guidance, MiFID II becomes formal law next year and distributors need to get their act together. They will be responsible for identifying target markets as well.

That only one distributor – Fidelity – responded to Funds Europe’s requests for a comment could be an indication that many still have a lot of work to do.