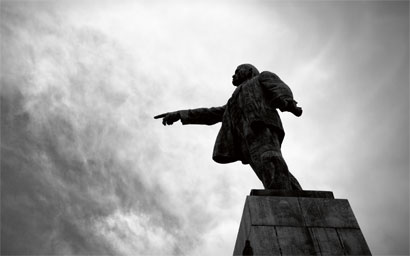 Investors that have relied on central banks to support asset prices may be in for a rude awakening as the easing of monetary policy goes into reverse. David Stevenson asks if this will benefit long-suffering active managers.

Since the collapse of Lehman Brothers, the top 50 central banks have cut interest rates more than 700 times. Central banks have also purchased more than $23 trillion (€21.3 trillion) in quantitative easing (QE) programmes, approximately half of the outstanding global government bond market, according to figures from JP Morgan Asset Management (JPMAM).

With the recent US rate rise, there are signs that this period of extreme monetary easing is drawing to a close as countries look to fiscal stimulus now that, in some instances (Japan), they have exhausted their policy options.

What impact will this have on the asset management industry? Returns have benefited from QE – passives, for example, have enjoyed a period where the proverbial rising tides have floated all boats. So, could active management – stock picking – pay off?

THE BIG QUESTION
Henderson Global Investors’ head of multi-asset, Paul O’Connor, views this policy change as the “big question” facing investors. “The era of super monetary easing is over and the character of markets continues to change as central banks withdraw. It has significant implications for what active managers can do,” he says.

But as Salman Ahmed, chief investment strategist at Lombard Odier Investment Managers, says, last year saw the beginning of a “regime change”. He adds that there were signs of a move from a bond bull market to a bond bear market, from monetary to fiscal stimulus and from low growth to “hopefully” higher growth.

There’s no doubt that after the financial crisis, central banks had to intervene. Their intentions were simple, says O’Connor, and it’s easy to forget how difficult conditions were in Europe during 2011 and 2012. If central banks managed to lift financial markets, “that wouldn’t do any harm” and would also help unblock credit mechanisms.

During the greatest period of easing, from 2009 to 2014, literally any asset would earn double-digit returns, he adds. These included emerging market debt, sovereign bonds and equities.

But by the middle of last year, monetary easing policies were having a diminishing effect: sovereign bond yields had been driven into negative territory in many cases and financial institutions were down by 40%-50%.

“It has always been the case that easy monetary policy tends to support asset prices while tighter policy hurts them,” says Antti Ilmanen, a principal at US alternative investment manager AQR. “What is different in recent years is that easy policies brought riskless yields to near-zero for a sustained period.”

As well as pushing down bond yields which would impact pension fund investors relying on income, the flood of money coming in from central banks also made stock fundamentals virtually redundant. When central banks were driving markets, they were pushing up price-to-earnings ratios, even though fundamentals were stagnant.

John Bilton, head of the global strategy team for the multi-asset solutions group at JPMAM, describes the period of monetary easing as “squeezing the toothpaste tube” so that everything goes up. He freely admits that the gains one could get from active management were often less than from a passive beta approach.

Richard Dunbar, head of economic and thematic research at Aberdeen Asset Management, adds: “If one describes the introduction of quantitative easing as a massive monetary experiment for which there is no instruction book, then its withdrawal is similar.”

A CHANCE TO OUTPERFORM
While this change may well benefit active management, even its proponents are not suggesting passive investing will flounder.

Cutler Cook, associate director in portfolio management at Paamco, says that the powerful passive trend can continue. “Low-cost passive investment has benefited from monetary stimulus and an approach to investing which requires little more than the gaining of exposure to asset classes,” he says. “I think with the tapering of that stimulus, active management probably has a chance of outperforming.”

JPMAM’s Bilton talks of a “greater ration of capital”. Without central bank stimulus, there’s more of a ration of capital because rates are also going up. He says as capital is becoming a more scarce resource, the ability of active managers to decide which is the most deserving of capital allows active investment much better capacity to differentiate itself from passive.

Henderson’s O’Connor is equally bullish about what he also terms a “regime change”. He says in a liquidity-fuelled market, it’s the growth stocks that do well at the expense of value stocks, or those deemed underpriced by stock pickers.

“We’re in an environment where growth is picking up and understanding the difference in momentum in different markets will be the thing that drives asset prices. Donald Trump’s policies are a reflationary play,” says O’Connor.

Aberdeen’s Dunbar is less sure about whether we’re in a much-needed reflationary environment. He says Trump has greater enthusiasm for reflationary policies, but “there’s still a two-way pull in that argument”. As many have said, it will take time to see how much of President Trump’s pre-election rhetoric will become reality.

But if global growth is needed to replace central bank generosity, there may be some problems. The world has an ageing demographic, and for this reason, Bilton estimates that over 15 years, global growth will average out at 1.5%. Yet he also views reflation as driving change and adds that, in a more inflationary environment, there is a pick-up in stock and bond correlation “which argues against the purely passive environment”.

PASSIVE AGGRESSION
Active managers may feel their time is coming, but those involved in passive investment do not seem worried. Active manager Bilton says “there’s room for a broad set of investment styles”, adding that a totally passive approach is probably not the optimal choice.

Paul Jackson, head of multi-asset at exchange-traded fund provider Source, says he “fails to understand that one particular market environment would be more suitable for active managers than others”. He adds: “At the moment, the balance is still in favour of passive; if you look at the performance of active through to September [2016], the performance is shocking.”

Jackson concedes that there is an opportunity to find a manager that can add value, or alpha. The hard part is finding one that can perform successfully year after year. “The attraction of passive is taking the stress away from finding that [successful] manager and lowering the cost,” he adds.

While no one has forecast the demise of passive investment, an entirely passive world would be highly inefficient, in essence handing the market to active managers. As has been said, having a mixture of both styles seems prudent. It makes sense to add in active management in pockets of the market where you need risk management, or do not want to hold everything in an index tracker.

In a world with the monetary policy taps turned off, adding active managers would allow them to allocate to cash to mitigate downside risk and also be reactive to policy decisions, which could have great upsides for certain stocks. For instance, if President Trump does deregulate the banking sector, a selection of JP Morgan, Bank of America and Citigroup would make sense, as they were all on forward-looking price-to-earnings ratios of around 13 and price-to-book ratios between 0.8 and 1.35. That said, an ETF provider would probably launch a US financials product that would catch the upside at a fraction of the price.

Moody’s senior analyst Stephen Tu has a stark warning for those active managers looking to make hay due to changes in market conditions. “Investor adoption of passive and low-cost investment products will continue irrespective of market environments, and we estimate that passive investments will overtake active market share by sometime between 2021 and 2024.” Worrying words indeed for those hoping for a regime change in asset management.