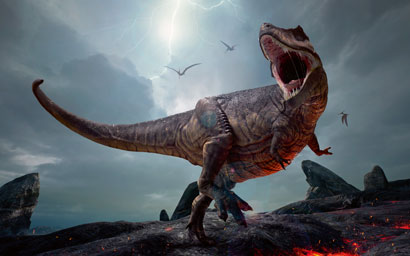 Global custodians feel blockchain will strengthen their market position. But unless they use it to overhaul their service, rather than just refurbishing it, they could find their whole existence under threat. Nicholas Pratt reports.

“A lot of people hide behind the inefficiency of the industry – that because there are many layers of intermediaries in between the buyer and seller, it is too complex to do anything,” says Nick Ayton, a blockchain business architect who advises a number of businesses on their use of blockchain technology.

As middlemen between buyers and sellers go, global custodians are one of the most conspicuous. Along with asset managers, they are also one of the most vulnerable to the disruptive potential of the blockchain, says Ayton.

He is a firm believer in the disruptive potential of blockchain technology, particularly for any industry where the presence of lots of market participants adds time and cost and where the inefficiencies of legacy systems prevail.

Ayton claims blockchain technology could create an entirely new model in custody banking. He highlights the use of so-called ‘smart contracts’, pieces of software code that help execute the conditions of an agreement, record whether terms have been met and also record any changes in the underlying conditions. Smart contracts can automate business logic and speed up processes between buyers and sellers.

Blockchain works effectively with smart contracts by managing the ‘state’ of transactions. It works on a ‘positive balance’ basis, where transactions are predictable and guaranteed, as opposed to the credit-and-debit model of traditional banking where everything has to be reconciled and settled across numerous parties.

This can be applied to counterparty monitoring and other components needed in a custody service.

However, there are limits.

TRUST BARRIERS
Firstly, the technology is still nascent and cannot be scaled as needed. And secondly, custodians are not very good at trusting external parties or at sharing information – something that is vital to effective use of distributed ledger technology, or blockchain.

This puts the onus on custodians to make radical changes to their models to exploit the benefits of blockchain, rather than using the technology to make incremental improvements to their existing services, says Ayton.

“If global custodians use blockchain as an overlay on the same basic structure rather than a fundamental change, they will face a slow death. Imagine if someone came into the market with an offering that is 50% cheaper, then it will be game over. There are a lot of smart people looking at new ways of creating a custody service.”

Many firms are paying lip service to the blockchain, he says. “They have their labs, but they are an insult to intelligence. The blockchain is a structural shift. It is not going away, so ignoring it is not the right approach.”

He claims custodians should be looking at how to reinvent their industry, not improve it. “Custodians may think they have time, but they don’t. The need for custodians only comes from the inefficiency of the industry and the lack of confidence in the certainty of transactions.”

BLOCKCHAIN COLLABORATION
Caceis, the French asset servicing firm, is involved in a number of consortia focused on developing blockchain-based services for financial institutions in the belief that collaboration among market participants will be more effective than pursuing their own projects.

These include Fundchain, a Luxembourg-based project focused specifically on the fund industry, and LaBChain, the French banking-finance-insurance consortium dedicated to blockchain.

“Our main objective is to see how blockchain can be used to make custody cheaper for us and more efficient for clients,” says Arnaud Misset, group product director at Caceis. “When we talk about it to clients, it is not the technology they are interested in but the result.”

Misset says some issues need to be resolved before he accepts the technology fully, such as interoperability between the different versions, security and cost. Questions also remain about how the blockchain can be combined with smart contracts. “The blockchain on its own is not enough,” he says.

As to whether custodians still face the threat of disruption and disintermediation from blockchain-based newcomers, Caceis believes this threat has passed and there is more focus on how custodians can use blockchain – for example, a private blockchain would still need a body to approve the trusted third parties invited to use it.

“We won’t disappear but we will have a rethink about how our business model changes,” says Misset. “It will depend on how widespread the adoption of blockchain becomes. If everyone is on it, the efficiencies will be much greater. But there will be a cost of interfacing with existing legacy systems, so I don’t know how long it will take for any savings to be passed on to asset managers and end investors.”

“A lot of what we do involves getting information from one business unit to another. So, the more efficient we can make these processes, the better for clients and us,” says Sheriff.

The second category is focused on the medium-term projects that digitise existing services, such as collateral management, securities lending and syndicated loans, through the use of a distributed ledger.

The third and final category looks at the rethinking of the custody function and infrastructure.

“There has been a lot of debate about how the role of the custodian will change, but a lot of the custodian’s activities and roles will not go away,” says Sheriff. “Custody can go digital on the blockchain but every participant in that chain will need a key to decipher those messages.”

Custodians can therefore assume the role of safekeeping those keys while using blockchain technology to automate the transactional side and the commoditised process of moving securities from A to B.

“It will be more efficient for clients and will leave custodians the room to focus on adding value through more advisory services in areas like collateral management, securities lending and data analytics,” says Sheriff.

Fintech disruption has been a concern, but Sheriff says a newcomer would find it hard. There is only a remote chance they’d have the scale, and then there is regulation – not to mention the dependence of large asset owners and managers on the established infrastructure.

“For example, we have not seen robo-advisers replace traditional asset managers. Instead, these services have been integrated into traditional offerings and that could be one likely path that blockchain technology takes among custodians.”

IT WON'T BE A REVOLUTION
Distribution ledger technology has potential in a number of areas but is more likely to evolve in pockets of internal processes, says Paul Stillabower, managing director, global head of client experience at RBC Investor and Treasury Services.  “Blockchain should be viewed as a fundamental infrastructure development, not a replacement of custodians.”

He adds: “Much has been said about blockchain’s potential and it will indeed be a key part of how the client experience is reconfigured and retooled, but it won’t necessarily revolutionise the industry beyond recognition.”

RBC, a founder member of Fundchain, sees the potential of blockchain to reduce risk and increase the transparency and traceability of transactions. But Stillabower says the technology still needs to meet risk and compliance requirements.

“Blockchain has the potential to improve scale in previously very manual processes – for example, contractual processes – reducing operational risk or human error. However, a number of challenges need to be overcome, with regulatory oversight and comfort being significant requirements before any implementation could take place. We are probably some five years or more away from seeing real material impact from blockchain applications for the custody sector.”

BNP Paribas Securities Services (BNPP SS) is involved in two key blockchain initiatives. One is for cash payments and has processed several payments already for two corporate clients using multiple currencies and accounts in Germany, the Netherlands and the UK; the second is a platform to allow private companies to issue and distribute shares and manage their life-cycle.

This is being developed in partnership with crowd-equity and crowd-lending platforms.

As far as Ruault is concerned, the custody industry has faced many changes, of which blockchain is only the the latest. He says the biggest challenge is that these technologies are in their infancy.

“The blockchain protocols are still in development to accommodate the needs of financial markets. Moreover, the industry is still investigating the benefits of blockchain and the new business models it create,” he says.

It seems likely, then, that blockchain will emerge at some point in the custody industry, whether through incumbents or other actors.

The technology will first be tested in smaller markets, where volumes are low or where manual processes are involved, and the experience gained will help to define if and how it can be deployed in a much larger setting.