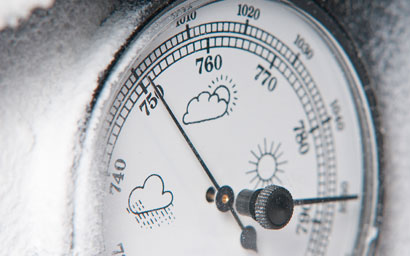 When Deutsche Asset Management’s ETF business, db X-trackers, marked the tenth anniversary in January of the first listings of its ETFs, the celebration was a little marred.

During that decade, the firm has risen to become the second-largest player in Europe, after BlackRock’s iShares, with about €53.5 billion in ETF assets under management (AUM).

Despite another strong year for ETFs across the industry in 2016, with assets under management now at about €515 billion, db X-trackers’ AUM was dropping.

Europe ETF provider rankings from Deutsche Bank, for example, showed that at December 31, 2016, db X-trackers’ AUM had fallen by 5% compared to the year-end 2015 figure. Net flows were negative and it was the only firm in the top ten to have seen its assets fall.

At db X-trackers’ closest rival, France’s Lyxor, ETF assets increased 6% over the full year, according to the firm. Flows were positive but substantially down on the previous year.

Db X-trackers and Lyxor are the two largest Europe-based ETF providers, with a bridgeable gap between their AUMs, and ranking second and third, respectively, in provider rankings after America’s iShares in first place.

Other top-ten firms enjoyed more of a bonanza in 2016. UBS, in fourth place in industry rankings, had seen AUM jump 17% in the year, though it remains some €20 billion behind Lyxor.

Vanguard’s AUM was up 35% and State Street’s was up 48%. Just outside the top ten was France’s BNP Paribas Investment Partners which saw a notable rise of 33% for its AUM.

A LARGE SWING
Simon Klein, head of ETF sales for Europe and Asia at db X-trackers, said a large swing in asset allocation affected the firm at a time when it continues to convert its ETFs from synthetic to physical replication.

“We lost assets in Europe equity and Europe periphery, which reflected a market trend as investors re-allocated out of Europe and towards emerging markets to a small extent, and to the US in particular,” he said. “Europe is a strong area for us. We gained a lot of assets in 2015.

“But the largest asset allocation trend last year, especially in Europe, was to fixed income and most assets went into physical ETFs and we had only recently started converting our synthetic fixed income ETFs to physical.” Lipper figures show that bond ETFs saw €19.1 billion of net inflows, and that when it came to asset types, bonds accounted for the largest amount of new money in the European ETF industry last year.

With little to capture the outflows, other firms seemed to benefit from db x-trackers, one being Vanguard, which introduced a fixed income range in February last year.

Klein said: “By the end of the first quarter [of 2017], the conversion to physical fixed income ETFs will be mostly completed and we will be in much better shape than before, when we only had synthetic.”

He pointed to the success of the db X-trackers Barclays USD Corporate Bond Ucits ETF, launched in October 2015, which had gathered $655 million (€614 million) of assets by December 29, 2016, according to the fund’s fact sheet.

Klein declined to comment on whether a restructuring at Deutsche Asset Management, which operates db X-trackers, had been an influence on last year’s figure. The asset manager announced a comprehensive reorganisation in October 2015.

But he did say some of the firm’s sales efforts in 2016 were geared towards longer-term growth, which will be seen in flow numbers “further down the line”. In particular, there was a focus on smart beta ETFs (or “strategic beta” as the firm prefers to call it). These products require a longer selling process than ETFs based on traditional, cap-weighted indices, Klein says.

‘FUTURE INTEREST’
In a written response to questions, Lyxor said 2016 had been a positive year with assets finishing 6% higher at €51 billion.

“New assets were admittedly down in 2016 compared to 2015 – however, this is very much in line with broader European market trends where new assets were down 43% on the previous year.”

The Deutsche Bank figures (not shown in table) reflect this, with with iShares, UBS, Source and Comstage all seeing lower net inflows compared to the previous year.

Like db X-trackers, Lyxor said it had seen outflows from European equities, but expects to capitalise on “future interest” in this asset class.

Lyxor also expects further growth over the coming year due to “some important changes” in 2016. Like its rival, Lyxor has in recent years been converting synthetic ETFs to physical.

More than 40% of its fund range is now in physical replication, and funds have been moved to Luxembourg to make them more attractive internationally. At the same time, fees on core fixed income products and flagship indices have been reduced to aid performance.

The firm pointed to its Inflation Expectations ETFs, a “unique” offering within the European market, which have raised more than €750 million.

UBS is chasing Lyxor at fourth place in the Deutsche Bank rankings. It has 215 ETFs in all key market areas and a number of sustainable ETFs, an area of growing demand. UBS’s market share is 5.7%, which was a slight increase last year as Lyxor’s market share fell by 0.7% to just under 10%.

Amundi follows UBS and last year saw €4 billion of inflows, a record for the firm.

Skirting the top ten is BNP Paribas, which runs the Easy ETF brand. Its net flows jumped by €1.03 billion in 2016, from a relatively humble €305 million the year before.

Bourcier was appointed head of ETF and indexed fund activities at Theam, a division of BNP Paribas, last year. She was previously at Ossiam.

Meanwhile, back at db X-trackers, Klein says he will be hiring for his team in 2016, adding: “We have plenty of steam in us and it will be more visible this year.”