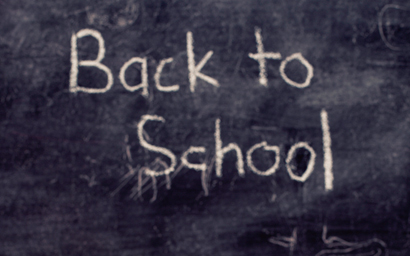 Following a difficult start to the year, David Stevenson looks at theories such as Eugene Fama’s efficient markets hypothesis to see if they provide any guidance.

For those trying to make sense of the volatile markets, it may be time to go back to school.

In 2013, the Nobel Prize for economics was jointly awarded to academics Eugene Fama, the father of the efficient markets hypothesis, Robert Shiller, the proponent of behavioural finance, and Lars Hansen, who developed tests of market efficiency.

This was strange, because Fama and Shiller’s ideas were at odds with each other. Fama claimed securities prices reflect all available information, so the market price always equals the fundamental value. What’s more, as soon as additional information comes out, prices immediately react and reflect this. In other words, you can’t beat the market.

Conversely, Shiller claimed there were vast amounts of evidence of investor irrationality, such as when investors continued to pour funds into subprime mortgages even though the housing bubble had reached its peak. This means that securities prices deviate from fundamentals because people make mistakes and are subject to panicking, herding and over-exuberance.

Lasse Pedersen, a financial economist who also works for hedge fund AQR, takes issue with the idea that every investor having all the available information translates as not being able to beat the market. In today’s world, a multitude of financial information is available through outlets such as Bloomberg, Reuters and the internet as a whole – but it’s what you do with it that counts.

“There’s lots of information but processing it is expensive. At AQR, we spend money on collating data, but to process it requires lots of analysis,” says Pedersen.

Active managers such as David Riley, head of credit strategy at Bluebay Asset Management, while not discrediting market efficiency, also suggests that a degree of skill is needed to outperform.

“Are markets so inefficient that there’s easy money to be made and people come along and scoop it up? There’s few instances where there’s money left on the table to do this. Markets are not as inefficient as some of its critics might suggest,” says Riley.

He believes there is a way to generate excess returns through fundamental value-driven analysis, although he concedes that the market will catch up to this over time and prices change accordingly.

BEST GUESSES
Even for the most hardened proponent of Fama’s efficient markets hypothesis, it couldn’t work without active investors who are crucial for price discovery. Indices based on market capitalisation are essentially following the best guesses of all investors investing, according to Todd Schlanger, investment strategist at Vanguard Asset Management.

However, Yves Choueifaty, president of Paris-based asset management firm Tobam and winner of Funds Europe’s chief investment officer of the year award 2015, is certainly not an advocate of investing in any investment vehicle following a market-cap index.

He says investors who think that a benchmark is not efficient because the market is not efficient are wrong. Not being able to predict markets guarantees they’re efficient and should be played using a well-diversified portfolio. It is using a market capitalisation benchmark that is the height of irrationality, he says.

“The benchmark replicates active managers. If you follow your output, you are a dog following its tail,” he says.

For PineBridge Investments’ chief economist Markus Schomer, the key is defining what is meant by the term efficient. Schomer says: “It’s more what efficient means. How does that academic debate impact what markets are doing?”

Schomer uses 2008 as a point of reference for when thoughts on market efficiency changed dramatically. Pre-2008, the stock market was liquid because there were so many buyers and no problems getting out of a position. After 2008, it was difficult to exit due to a lack of liquidity.

The Federal Reserve’s programmes of quantitative easing soon provided said liquidity and led investors to follow the ‘don’t fight the Fed’ mantra, according to Schomer.

IRRATIONAL PLAYERS IN AN EFFICIENT MARKET
One thing that China’s start to the year’s trading illustrated was the negative impact interventionist actions can have. Fearful of a repeat of last year’s summer rout, the Chinese authorities introduced circuit breakers, which suspended trading on the opening day.

As Choueifaty at Tobam says, market efficiency is down to the rationality of the agents. When looking for profits, the market is efficient. But he says that when the market is governed by non-rational agents like central banks and governments, they are not rational in a traditional sense, they aren’t looking for profits and if they have a strong influence, they will make markets inefficient and contribute to the emergence
of bubbles.

Bluebay’s Riley also sees the presence of these players as something Eugene Fama did not account for. Fama believed all market participants were trying to maximise profits. “We’ve seen $7 trillion of asset purchases. Central banks are no longer arm’s length in the market, they are active participants in the market. If you are buying bunds or Italian bonds, you are competing with the European Central Bank,” he says.

We’re clearly in a different world to the one in which Fama was researching his efficient markets hypothesis in the late 1960s, pre-empting Burton Gordon Malkiel’s influential book A Random Walk Down Wall Street, which contained similar ideas on investment. The market is no longer just full of sophisticated market participants looking to maximise their own profits, which in turn keeps prices accurate, as when assets are bought, prices rise and when sold, the prices fall.

Despite the greater influence of central banks, artificially increasing asset prices by injecting liquidity into the market and other monetary controls, the old doctrines may still provide some limited guidance.

As Schomer says: “Efficiency is an objective term but doesn’t provide any structure. If you want to devise an investment strategy, you need structure to base it around. Markets are only ever efficient at any moment in time, it is a random walk on Wall Street.”

Lasse Pedersen sums it with the title of his book on the subject, Efficiently Inefficient. The market is just inefficient enough to allow talented investors to beat the market using, in Warren Buffett’s case, value and trend investing, but also efficient enough to warrant the success of passive tools such as the omnipresent exchange-traded fund.