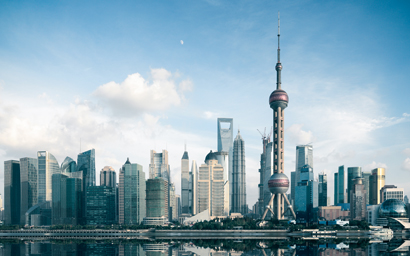 Investing in China passively last year brought a range of returns and losses from MSCI indices. Nick Fitzpatrick looks the importance of exposure in some of the leading indices and hears that Europe is in need of more finely targeted ETFs.

The choice of index for passive investors in China made a big difference last year. Returns for MSCI’s three main Chinese indices, which a number of European exchange-traded funds (ETFs) use, ranged from a loss of 15%, to a gain of 7%.

The 2015 net percentage returns in US dollars were:

Clearly, success at playing the China story for a passive investor depended greatly on which index was followed.

A distinguishing factor between these MSCI indices is their weightings towards financials (or ‘old economy’ stocks) versus their holdings in IT. The poorest performer, the MSCI China H, which invests in Chinese companies listed in Hong Kong, had a weighting towards financials roughly double that of the other two indices (68.8% versus an average of 34%), while its IT holdings were a fraction of them (0.78% versus an average of 16%).

The MSCI China tracks China stocks that are listed offshore and also stocks that are listed on the mainland but traded in foreign currencies. Its tech weighting last year was added to in November with the inclusion of 14 Chinese companies whose stocks trade as American Depositary Receipts in the US. These included internet giants Baidu and Alibaba.

Though negative, this index lost less than the MSCI China H.

The ‘H’ index, with its large exposure to financial firms, counted a major state-owned enterprise or SOE, China Construction Bank (CCB, founded in 1954), as its biggest holding.

MSCI China’s largest holding was Tencent, which was founded in 1998 and is one of the country’s largest internet portals, with interests in media and mobile.

Investing in the HSBC MSCI China ETF in the 12 months up to December 31, 2015, would have seen a loss of 8.62%, fairly in line with the direction of the MSCI China index. (See Morningstar table).

The Amundi ETF MSCI China, which tracks the net returns of the H index, would have seen a loss of 16.55%, according to Morningstar – again fairly in line with the direction of the index, which made a significant loss last year.

The best-performing index in 2015, the China A shares, invests in mainland companies and has a relatively low exposure to financials. The Lyxor MSCI China A Fortune SG (DR) Ucits ETF, which tracks it, returned a net 16.93% in euro terms last year, according to Lyxor (not shown in table).

So the index referenced – and the ETF invested in – certainly has made a difference to the outcome for passive investors.

Monika Dutt, a passive funds research analyst at Morningstar, studied the performance of the MSCI China before and after the November 2015 inclusion of the ADRs. She found that “the story is pretty much the same”.

“Across all asset classes the worst performers were basic materials and energy, and the best were tech,” she says. She adds that the inclusion of well-known internet or e-commerce firms like Alibaba only benefited the MSCI China with just a few percentage points in the short period towards the end of the year.

CAP-WEIGHTED PROBLEM
The problem with China investing for passive European investors is that the MSCI China, and its H and A counterparts, are market-cap indices, making them exposed to SOEs such as CCB and ICBC, another bank. Should the Communist Party use these stocks to execute economic policy, this may take precedence over the performance of the company.

What European-based passive China investors need, says Dutt, are more ETFs similar to those in the US that tap right into the China growth story. The KraneShares China Internet ETF, for example, targets the Facebooks and Googles of China. KraneShares and others in the US offer ETFs that target only internet, mobile, e-commerce and e-pay stocks. Geared towards the growing consumer and service-oriented sectors, they stand to benefit from the rise of the middle class.

“In Europe, the story is a little bit less interesting because there are not that many ETFs that are tactical. Providers need to offer more tactical exposure with less construction, less heavy industry and less manufacturing, and more exposure to retail and food & beverages because of the growing middle class,” says Dutt.

The MSCI China and its A shares cousin are not tapping that growth as well and are still weighted towards ‘old economy’ stocks.

Investing in cap-weighted ETFs in China entails having a bullish view on financials, which is not an easy position to take, given the banks’ risk exposure to the well-publicised Chinese property bubble.

European investors do have some choice, though. Db X-trackers, the ETF arm of Deutsche Bank, targets Chinese healthcare stocks listed on the mainland with its CSI300 Health Care Ucits ETF, which last year returned nearly 28%.