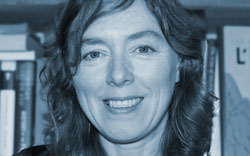 Given that I'm not a part of the fund management industry, but a small scavenger being who feeds on its fringes, I sometimes feel as though I am living in two worlds: the financial world and the real world.

Increasingly – or so it seems – these two worlds react very differently to just about everything. It’s almost as though they were separate worlds, spinning on different axes.

Take the recent Greek elections. After the left-wing Syriza party’s victory on January 25, I logged on to Facebook. It was pretty much joy unconfined.

“The fightback begins!” wrote one cyber chum. “At last!” gushed another.

Then I checked my work emails. Bit of approbation, fading slowly into grudging acceptance.

My favourite financial comment came from Stephen Thariyan, global head of credit at Henderson Global Investors, the morning after the elections.

“I find it hard to believe, given Draghi’s clear desire to facilitate a monetary environment for investment and growth, that the Greek electorate cannot see the reason to balance the pain of austerity against the potential for growth,” he wrote. “They need to buy into the liquidity injections on offer and, in my opinion, must tap into the largest European stimulus ever designed.”

Hmm. “Buy into the liquidity injections on offer.” Not quite as catchy as “The fightback begins!” But, hey, this is the sober, rational world of finance.

And maybe I’m hanging out with the wrong people, but I can’t think of anyone from my real life who would agree with Stephen. (To be frank, I can think of precious few people who would even understand what he wrote.)

Is that a problem? I think it kind of is.

For as long as the financial world reacts differently from lots of other people to world events as diverse as the Occupy Central movement, the Scottish and Catalan referenda and the Greek elections, it remains a world apart – not understood and frequently disliked by rank-and-file citizens.

Often, the reason the finance world reacts as it does is that old bugbear: short-termism. Event X is bad because it creates volatility in the short term; never mind that it might create a better world in the long term.

And, of course, when faced with an unalterable reality, such as the fact that the charismatic Alexis Tsipras in his open-neck shirt is now the prime minister of Greece, the finance world, like the real world, quickly adjusts. ‘The EU will find a way to do business with this guy and everything will be fine’ was very much the tone of commentaries that trickled in once the dust from the elections had settled. Or: it’s a buying opportunity.

However, short-termism isn’t always the culprit. Sometimes you just really get the feeling that people who work in finance need to leave the finance district and visit the real world more often.

The most shocking disjunct I’ve seen of late between reaction in the real world and reaction in the finance world was to do with the #JeSuisCharlie movement that sprung up after the Charlie Hebdo cartoonists were murdered in Paris.

In the real world, debate raged about the rights and wrongs of being Charlie. In the finance world, or corners of it, the import of what had happened so failed to penetrate that BoA Merrill Lynch Global Research chose to headline a weekly report on fund flows: “The Flow Show: Je Suis Bullish.”

I’m sorry, but that is unforgivably crass. No offence, I am sure, was intended. But this choice of headline displays a failure to get it that is not OK.

Don’t fall into the trap. Get out more, that’s my advice. If you’re in the City, visit Hackney this evening. If you’re in New York, go to Harlem. Go somewhere. Anywhere. Get real.