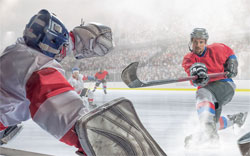 Active managers need to stand up and be counted in the face of criticism about their returns. Nick Fitzpatrick hears how the genuinely active might do this.

In a fightback against the tarnishing of active investment management by managers who hug indices and overcharge, Natixis Global Asset Management – one of the 20 largest asset managers in the world – is considering a plan to publish the ‘active share’ figures for its Luxembourg-domiciled equity funds.

Index-hugging has been brought to light more and more over the past two years by the likes of Cass Business School. Various research studies show that many active managers fail to outperform their benchmarks after fees because they closely follow the benchmark composition of stocks.

Euan MacLaren, head of UK/Ireland institutional business at Natixis, says the company is “exploring the idea” of including active share data for its Luxembourg equity funds.

“I strongly believe active managers need to stand up and fight their corner,” he says.

“What frustrates me greatly in the active-versus-passive argument is that anything that is not classed as an index fund is shipped into active, and in my view that’s not strictly true. Some managers considered to be active are really closet indexers charging high fees and running 120-150 stocks in their portfolios, which won’t outperform because they don’t have the conviction.”

MacLaren says there needs to be more distinction made between truly active managers and others. One idea is to place those with an active share above 80% into the active bucket and label the rest as index-plus.

MEASURING THE ACTIVES
Active share, created in 2006, is a formula for measuring how much an investment portfolio deviates from its benchmark. It can reveal which managers are the closet indexers and which are truly active.

Natixis’s proposed move – which, should it happen, would see active share information published in its funds’ factsheets – is squarely placed within the active-versus-passive debate.

This debate has intensified over the past two years. Cass Business School released a damning report last year that found 99% of active managers in a sample underperformed their benchmarks after fees.

The issue is anything but an academic one for fund managers, though. While flows into passive funds have increased, active flows have gone into reverse. At the same time, in the retail market there is now the phenomenon of the ‘ETF strategist’ – a low-cost wealth manager that invests only in exchange-traded funds.

But the issue is not confined to retail investors. Punter Southall Investment Consulting usually seeks passive investments in developed markets for pension funds with less than £100 million (€133 million) of assets under management.

However, Helena Morrissey CBE, speaking as the chief executive officer of Newton Investment Management (though she is also chair of the IA) did reveal that the IA has commissioned Oxera, a research house, to look at the economic benefit of active management.

Annette Spencer, head of communications at the IA, said the research is “aimed at understanding the economic contribution of the asset management sector” and would be released this year.

Funds Europe asked Morrissey if the IA commissioned the research in the face of criticism about active management and the rise of passive investment.

“Yes,” she says. “Although this research is not trying to convince individual pension funds to go active. However, the limiting case of everyone going passive is that it would be a problem for companies that are growing and which are the future.”

Morrissey makes the point that indices are based on past trends.

“Although there is a problem for active management when markets are benign – last year very few global equity managers beat the index, for example – right now, if I was a passive investor, I would go active. I know I’m speaking as an active manager but these are fearful and treacherous times. This is not a time I would want to invest my money in the past.

“In two years’ time, I suspect people will say how daft it was to go passive.”

USEFUL FIGURES
Just because an active share number is high, it does not mean the manager is necessarily better. Morrissey says that a fund with a very high active share may be so highly concentrated that – she jokes – it has just three stocks in it, implying a reckless level of risk. She adds that Newton shares its active share figures with consultants and platforms, and to others who ask, though not in fund literature at present.

She does not want to use active share as a “blunt instrument” and says the information ratio – which measures the risk a manager takes to produce a return – is also important.

FIGHTBACK
The possibility of Natixis publishing its active share, coupled with the IA research into the economic benefits of active management, may indicate a defence for active management and a nascent fightback against the passives.

But how would fund selectors receive active share as a tool in fund manager selection?

Nathan Gelber, founder and chief investment officer of Stamford Associates, says it is one measure used by his firm.

“We are looking for investors who are essentially benchmark-agnostic. We need to see this expressed in an easy-to-assess measure, namely how much of the capital in a portfolio mirrors the index,” he says. He also notes that genuinely active managers have an active share of 80%.

Jeremy Beckwith, director of manager research at Morningstar UK, says there is some research that shows active share correlates with performance, but investors should be aware that it does not necessarily predict outperformance.

He adds: “Morningstar would encourage funds to publish their active share data as best practice in communicating to their investors.” The firm makes active share information available in its manager research reports.

THE RIGHT STUFF
Meanwhile, there are still a number of genuinely active managers out there, says James Hamel, portfolio manager within the growth strategy team at Artisan Partners.

Funnily enough, this fact is more or less acknowledged in the active-bashing Cass Business School research.

The report found 99% of the 516 UK domestic equity funds studied over 10 years made an average 1.44% loss after fees.

“There are certain aspects of the research I agree with. But whether it’s 1% or 2% of active managers that outperform, there are thousands of funds, so there are still 40-80 good active managers out there,” Hamel says.

Perhaps more need to stand up and be counted.