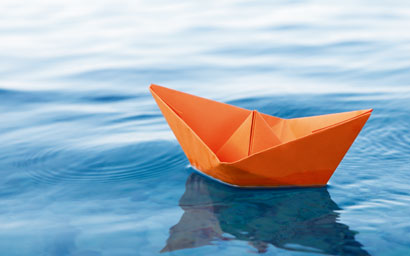 Quantitative easing has seen huge inflows into ETFs that reference European indices. David Stevenson looks at where the flows are going.

To say the European economy has been in the doldrums for the past few years is a gross understatement; barely a week goes by without some new Eurozone woes. Meanwhile, our American friends are enjoying their sixth year of an equities bull market, prompting record inflows into US equities exchange-traded funds last year.

Since the European Central Bank (ECB) decided to join the party by announcing its own programme of quantitative easing (QE) in January, worth around a trillion euros, investors have pulled $24.9 billion (€22 billion) from US equity funds and shifted $22.8 billion into funds buying European stocks, according to data from fund flow monitor EPFR.

The wager is that the ECB’s actions will buoy stocks. But this refocusing of investor sentiment away from US equities is curious, as the S&P 500 has reached a new all-time high, led by gains from the materials, healthcare and consumer discretionary sectors.

Simon Maierhofer, founder of iSPYETF, says that the US bull market still has at least another eight months left before it “overheats”. Investors want to stay ahead of the curve, so the timing of this reallocation may prove extremely savvy.

Now that the liquidity floodgates have been opened for European equities, the question is not if,but howinvestors are going to climb on board the train. An ever-increasing number of ETFs are on the market, suited to whatever an investor feels is right for their particular toolkit.

Sofia Antropova, investment strategist at iShares, says: “What we’ve noticed about the [ETF] flows is that last year they were mostly into the Euro Stoxx 50. In January this year they brought it into single-country exposures. Investors were more selective.”

In January, more than $2 billion went into single country equities, she says, with investors favouring the UK, Germany and Switzerland. However, regional ETFs – that track the Euro Stoxx 50, for instance – have attracted the majority of inflows. James Waterworth, vice-president of ETF sales at Lyxor Asset Management, notes that Eurozone countries such as Italy and Spain have also noticed inflows since January – albeit modest ones – arresting a prolonged period of ETF outflows from these countries’ stock markets.

UNDER THE BONNET
The vast array of ETF products on the market would bemuse any investor, as most claim to be the best choice in terms of capturing European equities’ recent reversal of fortune.

Bryon Lake, head of Invesco Powershares, says that if the ECB’s programme of QE replicates the uptick in the US’s economic performance, a smart beta product is the best way to capitalise.

Lake believes a fundamentals-weighted index is the best to track. He says that from the bottom of the US market in 2009 up until last year, the RAFI 1000 outperformed the S&P 500.

“On the macro level, things are lining up nicely for European equities, but the question is how you participate in that and how you capture that exposure. The RAFI index is perfect for that upcoming cycle,” he adds.

Looking at fundamentals such as cash flow, book value, sales and dividends is better than following market capitalisation that will overweight overvalued securities and underweight undervalued securities, according to Lake.

“A cap-weighted index will do well in a bubble. But if you’re coming up from a bottom, a fundamentally weighted portfolio has repositioned the index for those types of scenarios,” he notes.

Tim Huver, ETF product manager at Vanguard, believes that any move away from tracking market capitalisation is active management (an assertion that Lake disputes). Vanguard is known for its low-cost ETFs, having been extremely active in the passive price war that Invesco entered in 2012 when it lowered its prices for non-market-cap ETFs. Price aside, there is a multitude of factors to consider when buying a European ETF.

CURRENCY HEDGING
A recent option from ETF providers searching for investment is the offer of currency-hedged products. Maierhofer believes that with the euro continuing to depreciate against the dollar, ETFs that remove currency from the product offering are to be avoided.

“The only ETF I would stay away from is WisdomTree [Europe Hedged Equity ETF] because it takes the US-euro exchange rate out of the equation – the euro has fallen so hard for nine months, the upside potential for the euro for the rest of the year is bigger than the downside risk,” he says.

It should be realised, says Lake, echoing Maierhofer’s sentiment, that hedging means potentially giving something away. This is especially true of strong export-driven economies such as Germany’s, where a falling euro provides a competitive advantage to its exports and boosts industrial production.

But the recent listings of a few currency-hedged ETFs suggest that these products are in demand. The largest supplier is UBS, with £2.5 billion (€3.4 billion) in assets under management. Last month it added to its suite with the London Stock Exchange listing of its US dollar-hedged MSCI EMU ETF.

According to Andrew Walsh, head of UBS ETF in the UK and Ireland, these products are about mitigating currency fluctuations. With central banks’ influence on equities markets continuing, such as the Swiss Central Bank removing its currency’s peg to the euro, currency hedging may well suit investors, depending on their view of the currency.

FORWARD THINKING
The policy of QE has helped each country or region that has committed to it: the US, the UK, Japan and now, probably, Europe. Maierhofer, however, thinks that this extraordinary monetary policy measure can create problems at first. He says investors hated it when the US introduced it, as they felt it was wrong to bail out the banks. Such pessimism has kept the US bull market going, he believes, as an abundance of optimism would create a market top.

Lake, at Invesco Powershares, says the important thing is that “the patient got better regardless of the medicine”. But this medicine may be addictive. When the Federal Reserve indicated that it may be winding down the QE programme in 2013, the ‘taper tantrum’ afterwards caused mass outflows from ETFs, though these tended to be linked to bonds rather than equities.

The rotation towards ETFs that tracked non-US indices began last year, when the Fed had reduced its monthly asset purchases. At that time, three of the top six leaders in ETF fund flows tracked non-US equities indices: the Vanguard FTSE Europe ETF, the Vanguard FTSE Developed Markets ETF and the iShares MSCI EMU ETF. With the ECB’s announcement, this pattern has accelerated.

CONTINENTAL DRIFT
There are obvious differences between the US and European markets. The US is a single market, for example, whereas Europe is made up of various indices. However, the shocks that plague the Eurozone, such as Greece’s mounting debt issues, had their counterparts in the US. Investors became jittery, for instance, over the fiscal cliff and subsequent threat of a debt ceiling, forecast to reduce US gross domestic product by up to 6%. The federal government shutdown in 2013 also raised anxiety levels.

Vanguard’s Huver says: “There is, in periods of volatility, a feeling of a need to do something. If you believe in your asset allocation before a certain announcement, it’s good to revisit, but we would caution against any extreme measures.”

Shocks and tensions aside, investors seem to favour ETFs as a way of accessing equities, with Europe gaining the upper hand for the time being. Investors are always trying to distinguish between alpha and beta. If they’re looking for beta, then they’re looking for something cost-efficient – hence the growth in the ETF market, says iShares’ Antropova. “Investors don’t look at the middle ground, they look at high-alpha-generating active managers or low-cost beta. They use cost-efficient ETFs as a core and then some of the alpha active managers,” she says.

Whatever the technicalities of alpha vs beta, the general trend as the ECB embarks on its QE programme is that investors expect to see a rising tide in the European equity markets, similar to what happened in the US. The sentiment is that not only will the rising tide lift all boats, but that ETFs in particular will be among the most buoyant assets as the upsurge continues.

It is telling that institutions are highlighting George Soros’s switch out of US stocks and into European stocks. He is not alone: other investment gurus, such as Robert Shiller, are also seeking to ride a new wave in Europe.