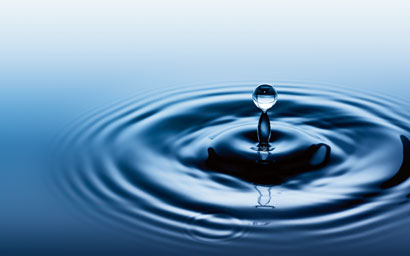 The danger with ETFs, say critics, is that market turmoil could expose them as less liquid than their providers assume. David Stevenson finds out if there is any substance to the claims.

The meteoric rise of exchange-traded funds (ETFs) since the financial crisis has resulted in these products now approaching $3 trillion (€2.7 trillion) in assets under management globally. But there have been claims that the liquidity promised by these funds, especially in the fixed income space, is illusory and would disappear with market turmoil.

Physically replicated ETFs track indices, so their liquidity is inexplicably linked to the underlying basket of stocks or bonds that make up the index. Some observers are concerned about a liquidity mismatch between the ETF itself and its underlying assets, which could be exacerbated by large movements either in or out of a fund, causing market distortions and volatility.

Felix Goltz, head of applied research at Edhec-Risk Institute, says: “Mass redemption is a problem for the underlying asset class. If there is market turmoil and people want to sell their corporate bonds, if they’re not entirely liquid there may be downward pressure on the price.”

A falling bond price is perhaps a result of market distortion, but ETFs have a way of keeping their price accurate anyway: it’s called arbitrage. Despite some claims that arbitrage can be damaging to the ETF market (such as a 2013 paper by academics at the University of Notre Dame), it is widely held by the market as an important mechanism keeping the ETF price close to the net asset value (NAV).

“You want arbitrage to happen,” says Townsend Lansing, head of ETF Securities’ short and leveraged business. “It helps the ETF track its price, bringing it back in line. The ETF is nothing different from those people going and buying the direct asset.”

STRESSED OUT
The idea that ETFs would not hold up during a period of market stress raises a number of issues for providers.

Bryon Lake, head of Invesco’s Powershares business, says that his firm put its products through a stress test before releasing them to the market. This is not an unusual practice.

“We take a look at different scenarios in the market and look at how the product would have reacted. We stress test based on capacity, we put the appropriate measures in place so we would never have too heavy a weighting in one or two assets that could cause potential issues,” says Lake.

Matthew Holden, head of ETF trading at Cantor Fitzgerald Europe, says there’s an assumption that by holding the product, you can exchange the ETF for a basket of bonds during periods of market stress. What tends to happen, he says, is that during such periods, portfolio managers will exchange a larger number of bonds for redemption; and during periods of low stress, they reduce the number of bonds they deliver in a redemption transaction.

“During periods of stress we get widening of spreads in the underlying bond market, which is nothing to do with the ETF – it’s how the bond market wants to price its bonds,” he says.

He goes on to say that there is a potential situation where the end user of a bond ETF may not fully understand the mechanisms of the bond market and how that works during periods of stress.

One analyst, who prefers to remain anonymous, says: “There are situations where the amount of liquidity that ETFs create decreases, and those situations are likely related to periods of high volatility.” To put this another way, even though ETFs create liquidity by enabling investors to trade a portfolio of bonds without trading any actual bonds, they likely create less liquidity in volatile markets (when you need it most), and more in tame markets (when you need it least).

NOTHING EXISTS IN A VACUUM
Most commentators admit that in a period of market turmoil, ETFs would be affected in terms of liquidity, but then so would the entire market. When the Swiss National Bank removed its currency’s peg to the euro in January, it caused havoc in the market as Western currencies don’t usually have such dramatic moves in a short space of time.

As Lansing points out, though, if that happened to the S&P 500, the ETF wouldn’t be able to trade – but it would be no different for hedge funds or people trying to sell futures.

Ultimately, an ETF is only as liquid as its underlying assets.  If some market distortion occurred, the entire array of tradeable assets on the market would be affected and not just limited to ETFs.

Furthermore, ETF providers will tend to choose the most liquid indices to track – although in certain asset classes this could prove a problem, for instance in the case of corporate bonds.

Goltz says there’s a problem with creating liquid indices as they focus on a small segment of the most liquid corporate bonds. Therefore instead of having 1,000 corporate bonds, they will only have 20 or 40 bonds.

“The problem you get into, then, is stability of the index, because if you are only holding 20 or 30 bonds you can have large variations in sector exposure and credit risk exposures, and duration and composition will change a lot depending on liquidity on the underlying bonds,” says Goltz.

As Simon Colvin, vice-president and analyst at Markit, observes, the real issue of fixed income ETF liquidity only occurs if there are mass outflows from the asset class. Current fixed income liquidity is adequate to cover the assets managed by ETFs at present.

For example the underlying constituents of the iShares iBoxx $ Investment Grade Corporate Bond ETF has an average daily liquidity of $6 billion.

“The biggest daily outflow seen by the ETF so far this year has only been about $300 million or 5% of the liquidity, which is hardly a systemic risk,” Colvin says.

A report from Societe Generale Cross Asset Research last year states: “As there is supposedly no restriction to ETF share redemption, simultaneous large ETF redemptions may materialise and must be met under US and European fund regulations. The fundamental liquidity risk of the asset management industry seems to be actually magnified with ETFs.” It also says mistrust of the ETF product would be limited if marketing materials and documentation “clearly state that the ETF liquidity is equivalent to the liquidity of its index”.

Some say these points don’t appear to stand up to scrutiny. ETFs don’t magnify liquidity risks in asset management as they are an access tool, which means that if there is a period of market stress, it’s the underlying asset class that will be hit: if an ETF is tracking it, it will also be affected. As for providers not clearly stating potential risks within ETFs, Lansing says: “I don’t think anyone says, ‘I have an emerging market bond ETF and it’s as liquid as the S&P 500.’”

There’s a battle going on between, as one commentator says, “Neanderthals and homo sapiens”, with the Neanderthals not liking the move away from active management and higher fees that the shift to ETFs signals. Therefore they look for ways to attack passive instruments. Homo sapiens, meanwhile, have embraced the move to passive investments such as ETFs as simply part of an evolutionary journey.