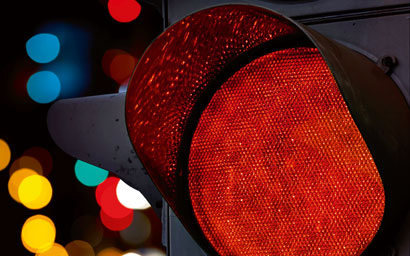 When European Central Bank (ECB) chief Mario Draghi pulled the trigger on quantitative easing in Europe in March, a veritable flood of money came out of US equities and into European equities, largely in the form of exchange-traded funds (ETFs).

But Eurozone woes have since resurfaced, and with the Greek ‘no’ vote to austerity measures (though the government still signed a deal with its creditors in due course) there is something rotten in the pseudo-federal state of Europe. The question is whether this will be enough to put the region back in the doldrums if investor sentiment does not hold out.

Greece had even troubled the US Federal Reserve. The minutes of the Federal Open Market Committee held in June says that “against this backdrop and with a step-up in concerns about developments in Greece, equity prices declined in most countries”.

These concerns were shared by some ETF providers. Bryon Lake, head of Invesco Powershares EMEA, has been talking with investors in Amsterdam, London, Vienna and Paris, gauging their reaction to recent events. They see uncertainty ahead, he says. “Sometimes that can present opportunities, but in this case there has been too much uncertainty about which way the situation is going to go,”
Lake adds.

Others are less concerned, mainly due to Greece’s relatively low weighting in a market-capitalisation index, which Vanguard believes to be the true hallmark of passive investment. For example, Tim Huver, ETF product manager in Europe at Vanguard, says that Greece is not a big issue due to its relatively small market capitalisation.

But while Greece is hardly an equities powerhouse like Germany, it was the possible contagion that worried both investors and institutions. Spanish elections coming at the end of year will feature Podemos, an anti-austerity party in a similar vein to Greece’s Syriza. It is these macro-economic considerations, hinging on an assortment of elected governments keen to renegotiate their bailout conditions, which may have caused the European equities rally to stall if the European Commission, not Greece, capitulated.

James Waterworth, vice-president of ETF sales at Lyxor, acknowledges the risk of contagion and the significant impact it could have on markets, but says he is not convinced this is likely. “Generally our clients don’t think it’s a black swan event, but I would say that it’s one of these low-probability, high-impact type events, so certainly something worth monitoring,” he says.

LARGE INFLOWS
So, is it time to cash in your chips and relocate to the relative safety of the S&P 500, expensive as it may be? Antoine Lesne, head of ETF sales strategy Europe, Middle East and Africa at State Street Global Advisors (SSGA), says that he did notice some signs of investors returning to the States in the beginning of July but, like many, saw a lot of inflows into European equity ETFs in June. That month alone, SSGA saw €3 billion of inflows; Vanguard also had a successful month.

But, says Waterworth: “There is certainly an element of fear in the markets that probably wasn’t there in the first quarter [and which] has increased, but at the same time markets have rallied since the start of the year, so perhaps people are looking to take profits.”

He qualifies this statement by adding that investors aren’t pulling out of European equities wholesale; rather that, compared to the beginning of the year, when ETF flows were in one direction towards Europe, there is now more of a balance between inflows and outflows.

A research paper released in June by financial information provider Markit illustrates this. While there were large inflows into European ETFs at the start of the year, the momentum has now slowed, though the company also posited the possibility of ‘Grexit’ as one reason for this.

GLOBAL RISK
While it is clear that the Greek situation may have caused investor jitters, there are other factors at play that may impact the European ETF market.

China’s Shanghai Composite Index saw 30% of its value disappear in the three weeks starting mid-June. In the same Federal Open Market Committee that highlighted Greece’s potential impact on global equity prices, China was considered a supporting factor for markets. Shanghai’s losses hadn’t happened yet, and it’s probably safe to say that Greece would not even have been mentioned if the Chinese stock market crash had happened before the Fed meeting.

Taken as a whole, Lesne at SSGA believes that these uncertainties in the market may cause the US to push back any interest rate rise. A hike has been at the forefront of investors’ minds since the beginning of the year.

“They are [investors] fully expecting the Fed to increase rates in either September or December and we think that the market may sell off into that. They’re worried that the rate rise could take the punch bowl away,” says Lake.

Taking the punch bowl away was exactly what William McChesney Martin, the longest-serving chairman ever of the Fed, used to quip was the function of his office: to raise rates before the economy overheats and inflation creeps in. The US is seven years into an equity bull run and, although a rate hike has been priced in by many market participants, timing is still the unpredictable factor.

What does this mean for Europe? US equities were becoming expensive and valuations seemed better in Europe which, taking the QE programme into account, made Europe a good bet. The rate hike might make certain types of fixed income products more attractive but for Lake, the focus remains on equities.

“Investors have cash on the sidelines and feel the timing isn’t right for bonds, commodities or gold, so it is by default going into equities,” he says. Lake is referring to a smart beta ETF product his company has launched, the S&P 500 Veqtor Ucits ETF, which has broad equity market exposure with an implied volatility hedge.

In these times of high volatility, it seems that smart beta volatility products are one way of trying to capture the upside while minimising downside risk.

Critics of smart beta may argue that more traditionally passive ETFs – those linked to market-cap indices – provide enough tools to play the markets, even in the current phase of uncertainty.

Huver at Vanguard is one. He says: “We don’t disagree with the concept of smart beta but disagree with the terminology. We believe that passive investing is in pure market cap weighted indices that takes into account all factors to construct an investment universe. When you start highlighting one or two factors, then that moves away from beta and moves into active territory.”

He adds that Vanguard’s flows tend to be more strategic and less tactical and that the firm caters for buy-and-hold investors, rather than those who flee at the first sign of trouble. Huver maintains that flows have remained strong across ETF products tracking the S&P 500, Euro Stoxx 50, FTSE 100 and FTSE 250. Vanguard has 13 European Ucits ETFs and there are plans to build out its single fixed income ETF range in the future.

KEEPING CALM
While Greece may have caused some concern for investors, mainly due to the possibility of contagion and a subsequent threat to the Eurozone, it did not spark an all-out panic or mass redemptions from ETFs. There is the added problem of where else to park your money – after all, the S&P 500 is expensive and emerging market equities are fraught with dangers such as liquidity and currency risk.

When Greece suddenly realised that European leaders were capable of containing a ‘Grexit’ – that the rest of the EU was calling their bluff, in other words – they had to capitulate to more rigorous austerity demands to stay in the euro. ETFs should remain broadly positive, if not as strong as they were following the introduction of QE at the beginning of the year.