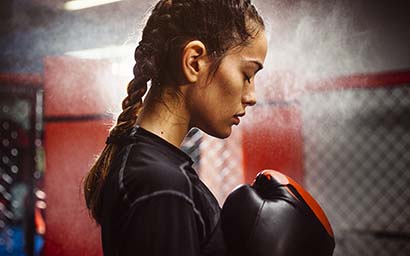 When US sanctions against Chinese companies increased earlier in 2021, benchmark providers had to revise their listings and fund managers reassessed portfolios. BlackRock and Vanguard, who were significantly exposed to the newly blacklisted companies, had to offload billions of dollars as a result of Donald Trump’s executive order banning US investment in Chinese securities with military connections.

The Hong Kong Tracker Fund (TRaHK) managed by State Street Global Advisors (SSGA) also temporarily suspended shares trading in affected companies, but promptly changed course on the basis that it was not under US jurisdiction.

Asset managers monitor the situation closely. BlackRock issued a statement saying it is taking “all necessary actions” to follow benchmarks and to ensure “compliance with applicable laws and regulations”. As BlackRock sold stakes in firms such as China Telecom Corp, its iShares FTSE A50 China Index ETF lost its top spot as the largest fund tracking onshore Chinese stocks. Investors flooded to China Asset Management’s CSI 300 Index ETF instead, which saw its assets surge following the sanctions. BlackRock declined to comment further.

Vanguard was also heavily impacted. Its US-listed Vanguard FTSE Emerging Markets ETF had more than 40% exposure to the Chinese market, while the Vanguard Total International Stock Index Fund was reported to be one of the largest fund allocators to four of the blacklisted firms before the selloff.

For Vanguard’s Mark Fitzgerald, head of product specialism, geopolitical risk comes with the territory when investing in emerging markets. “These are some of the things you have to take into account, and some of that will be unpredictable – that is the nature of the beast, and you will get caught up from time to time,” he tells Funds Europe.

Fitzgerald points out that China is set to be the largest economy in the world, with enormous stock and debt markets. Investors can’t ignore it. “But you have to understand that there are some additional risks that you wouldn’t expect from a developed country.”

“Not even a dimple”
The US sanctions against China have impacted fund managers differently. Outside of the US, it comes down to the discretion of the mandate, as State Street’s U-turn on TraHK has shown. But, as ETFGI chief executive Deborah Fuhr notes, the sanctions affect firms in other jurisdictions when index providers remove the securities from their listings.

Various Chinese companies have already been removed from benchmarks by the likes of MSCI and FTSE Russell, both of which declined to be interviewed for this article.

According to Annie Shum, institutional business deputy head at Hong Kong-headquartered CSOP Asset Management, Sino-US tension is an ever-present issue. “Even with Joe Biden now in office, it is looking unlikely that the sanctions put in place by his predecessor would be retracted,” she says.

“While it has spurred all US financial institutions and investors to scramble to review their portfolio holdings and trading practices, what it failed to achieve is to cause a dimple to the Chinese equity market.”

Shum adds that since the sanctions were announced in November last year, the FTSE China A50 and CSI 300, the two most representative indexes of China’s onshore A-share market, have risen 25.7% and 21.1% respectively, according to data from Bloomberg published in December.

“Most market participants view this capital-market sanction as nothing more than political manoeuvres in the last days of Trump’s reign, with little impact on the fundamentals of these Chinese companies named,” says Shum.

Indeed, most of the companies being sanctioned have little to no operations or business in the US, she says, while one of the more prominent blacklisted names – SMIC (Semiconductor Manufacturing International Corporation) – saw its share price rise by nearly 25% after the announcement.

Shum adds: “While US investors had to adjust their investment exposure due to regulatory restraints, many investors elsewhere rushed in to pick up the pieces at a discounted valuation.”

For Rick Redding, chief executive of trade body Index Industry Association (IIA), the blacklisting of firms presents a complex situation. “A lot of people don’t think through all the ramifications of it, but the whole idea of using indexes as policy tools is something that we don’t think appropriate, and it’s a little bit misplaced as people don’t appreciate where the index providers sit in the value chain,” he says.

Redding observes that in some cases, providers remove companies from indices but leave them in others. “That makes running those indexes more complicated, so they have to create a new index series just to accommodate – but that’s all done with the input of the fund manager and what they want,” he says. “It doesn’t do a lot of good for a fund manager to be tracking stocks that they can’t invest in.”

As China’s weighting within MSCI and other equity benchmarks continues to grow, this year will also see new fixed income indices, including bonds in the indices for the first time.

Sanctions can cause even more difficulties for bond indices, says Redding. Because of a lack of transparency, asset managers can find it hard to ascertain if a subsidiary is affected by sanctions against a specific company, or whether they impact only the parent company. “It’s a very complex situation, there’s no doubt about it,” he adds.

Power play
It’s also worth considering what might happen if other countries were to follow the US’s example and escalate tensions. Relations between China and Australia are frayed, while the UK and China have issues too.

Meanwhile in Europe, human-rights considerations overshadow a recent landmark deal between the EU and China, widely welcomed by fund managers for its ambitious plans.

In spite of ongoing tensions with countries across the globe and its dubious human-rights record, China’s importance on the world stage is inevitable. “China is going to continue to become an important investment destination, partially because the weight of China within the indices is growing,” says ETFGI’s Fuhr.

“Even if you don’t like China and you decide not to buy and invest, if your benchmark is MSCI and there’s a weight to China, by not buying it, you’re underweight and taking a risk. If China does well, it’s going to hurt your performance unless you find other ways to make up for that.”

According to CSOP’s Shum, the long-lasting effects of the sanctions lie in the “shifting of market dynamics” among the many tech giants and unicorns who are seen “coming home to list” on either HKEX or China A.

“The US is no longer the dream destination of their public offering, and with that, international flows into HK and China onshore are also expected to grow,” she says.

Shum adds: “While in the past, overseas investors might have a preference to trade the US-listed ETFs, the fear of uncertainty and investment constraints means they would not be getting the full exposure of China’s economic growth through US vehicles.”

Policy under Biden
For SSGA’s Michele Barlow, Asia-Pacific head of investment strategy and research, US policy process is expected to become more predictable now that Biden is in the White House.

“Looking ahead, we expect a narrowing of issues with a pivot toward targeted measures in the near term. While we believe that the near-term direction is likely towards lower geopolitical risk premium, there could still be potential idiosyncratic events that lead to higher geopolitical risks,” she says.

The bigger issue is whether US policy towards China changes at all, says IIA’s Redding. As geopolitical tensions ebb and flow, it’s hard to say at this stage whether more sanctions will be implemented or those already in place withdrawn.

“You see the same kind of trade tensions in Australia. It’s really about giving the market enough information early on to adapt to whatever sanctions are in place, whether it’s prohibited securities from a specific country as in this case, or sanctions against specific companies,” says Redding.

China’s ambitions are well known: it wants to be even more powerful on the world stage. It is a large economy that has performed well and was the only major economy to post GDP growth in 2020.

Global investors are increasingly seeking ways to enter its burgeoning market, regardless of any sanctions against it. Funds Europe’s China Investor Survey found that it is becoming easier to do so, with ease of access highlighted as key to driving investment strategies to the Chinese market.

As ETFGI’s Fuhr says, “it’s not as if you’re talking about some small country where you can ignore it and it doesn’t matter”.