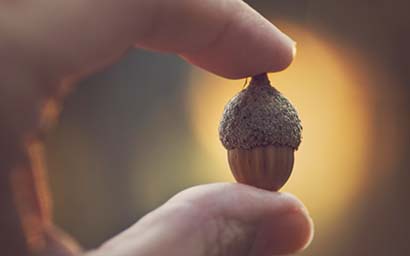 While the additional returns wrought by securities lending may be attractive to many fund managers, there are also challenges to it being accepted. Lynn Strongin Dodds reports.

Securities lending is increasingly becoming a feature in the exchange-traded fund (ETF) world as a way to help boost performance, reduce tracking error and inject additional liquidity into the market. However, opinions are divided in the buy-side community, with some participants advocating an every-basis-point-counts stance, while others question whether the returns justify the risks.

Securities lending, whereby the fund manager loans out a proportion of its portfolio in exchange for collateral to enhance returns, in general, has been a controversial topic since the collapse of Lehman Brothers ten years ago. Several investors suffered heavy losses through transactions tied to the collapsed bank and the activity withered in the aftermath.

The issues in the ETF world were of a slightly different nature in that they were impacted by the global financial crisis, but also by problems related to the availability of product, the perception of it being too retail-oriented and confusion over cross listings.

However, efforts by regulators on both sides of the Atlantic have helped bring the activity gradually back into the investment fold. This has included tighter oversight and greater transparency to help identify future liquidity crises earlier and to better inform end-investors whose assets are engaged in the practice. In Europe, this has culminated in the Securities Finance Transaction Reporting regime (SFTR), effective early next year, while in the US, it is in part the Securities and Exchange Commission’s Reporting Modernisation initiative implemented two years ago.

It has not, though, been an even journey and there have been several peaks and troughs along the way. Viewed over the past five years, “it is a mixed bag, with the level of borrowing not keeping pace with the amount of ETF securities being made available”, says Paul Wilson, managing director and global head of securities finance at IHS Markit. He adds: “Our data shows that the amount of ETF assets available to be lent has increased over 100% – with current lendable just shy of $300 billion (€264 billion), but the volume of ETF securities borrowed has only raised by a third to around $30 billion.”

He says that as a result of this, utilisation rates have dropped from 15% to 10%. “This is quite interesting as it is often stated that there is not enough ETF securities available to be borrowed. But the data suggests this is not necessarily the case; it seems there is reasonable supply which is just not being borrowed.”

Dissecting the time span in more detail, 2015 and 2016 were among the rockiest years due to the macroeconomic and geopolitical risks, but the picture this year is much healthier. Wilson notes that volume of ETF lendable assets in the year to date is up more than 30% over the same period last year, while the volume on loan or borrowed is 20% higher. This has translated into revenues extracted rising by 30%. As for the average fee for lending out the ETF securities, it has remained fairly consistent at around 64 basis points over the past five years.

Slow acceptance
The figures from IHS Markit also showed a geographical difference with 88% of securities lending revenue within ETFs emanating from US-listed funds. They had an average value on loan between April and June of $39 billion, while Europe only lent out an average of $4.6 billion (equivalent to about €3.9 billion). This is not surprising, given that the activity is much more entrenched in the US, while the ETF market at roughly $3.4 trillion is larger and deeper. In Europe, where securities lending is slowly gaining acceptance, the €600.4 billion ETF industry is growing exponentially but is still a relatively new phenomenon.

“If you compare the two markets, securities lending in the US is much more established,” says Mohamed M’Rabti, deputy head of FundsPlace at Euroclear. “One rationale is that although there are different trading venues, everything settles into one place so agent lenders have a good view of availability of what is being lent. In Europe, everything settles on the local central securities depositaries and the view is fragmented.”

Euroclear’s international CSD model is intended to overcome this problem in Europe by centralising issuance and settlement for products that trade simultaneously on different exchanges in domestic markets.

European institutional investors have also sharpened their focus on extracting value from passive products due to interest rates continuing to bump along the bottom and pension fund deficits gaping ever wider.

“The bulk of the ETF assets sit in plain vanilla indices such as the S&P 500 or FTSE 100 index,” says Mark Fitzgerald, head of equity product management Europe at Vanguard. “The turnover of shares in these indices, such as BT or Vodafone for example, is low and you can end up with static holdings. You have to fight for every bp [basis point] today so you want to do something with the assets to generate extra returns. The revenue may be small but it is still meaningful.”

Well-trodden routes
Despite the US and Europe ETF sectors being at different stages of development, issuers typically follow two well-trodden routes to unearth revenues from securities lending. One is to lend out individual securities that comprise the ETF whereby the proceeds are deployed to track the benchmark ever more tightly; the other is for whole ETF units to be given out. The second option is no different to lending individual equities or bonds, as it is a transferable security.

ETF issuers return to the fund 100% of the money made through their securities lending programmes, although there are providers who retain a portion of those funds for the issuer. For example, according to a recent white paper from BlackRock/ iShares, (called ‘Securities Lending Unlocking the Potential of Portfolios’), iShares ETFs receive 71.5%-80% of the income generated from securities lending depending on the asset class held. Taking the iShares ETFs that predominantly hold US equities, the figure is 71.5%, while for all other funds that invest predominantly in fixed income or international equities, the number is 80%.

However, the report also notes that the income itself may be minimal and can vary by asset class and the underlying demand for securities. Crunching the numbers for its own book, BlackRock shows that of the iShares ETFs that participated in securities lending during the 12 months ended December 31, 2017, roughly 39% of the funds earned less than 0.01%; 42% earned between 0.01% and 0.05%; 7% between 0.05% and 0.10%; and 12% greater than 0.10%. In contrast, the average iShares ETF expense ratio is 0.35%.

Antoine Lesne, head of SPDR ETF strategy and research at State Street Global Advisors, says size matters. “To be efficient, you need to have a lending programme on a fund or group of funds that is of sufficient size,” he says. “You can pull all the underlying securities of all the funds in the group range and lend them, but this requires a different infrastructure and risk management framework. In fixed income in particular, you need to think about the size of each bond on lend. Amounts on loan vary from 20% of net asset value to sometimes depending more on exposures and whether the underlying trade is a ‘special’ [hard to borrow or expensive securities].”

While the additional returns wrought by securities lending may be attractive to many fund managers, there are also challenges to it being accepted. Often repeated issues in the ETF space include the extra levels of complexity injected into an otherwise plain vanilla offering as well as issues over the quality of collateral an ETF accepts when it lends out its holdings. ETF providers typically receive stocks or cash that, when exchanged, are worth more than the securities loaned out.

However, there are questions as to whether this would not be enough in times of market downturns.

“As a result, investors are advised to read the fine print. It is very important to conduct due diligence and monitor the securities lending in the portfolio,” says Theo Nijssen, head of the multi management team at Kempen Capital Management. “We always think as an end-investor and whether it can add something to the portfolio. We look at the maximum balance on loan, the quality of the collateral pool, the costs and whether there is a positive trade-off in terms of the extra you can earn as reward for the tail risk you run.”