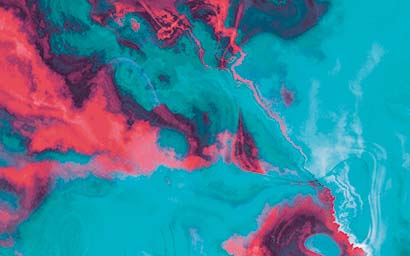 The ETF market is fragmented, with products having multiple listings. But market infrastructure providers are taking measures to increase efficiencies, reports Tim Steele.

Viewed from a global perspective, the exchange-traded fund (ETF) market is in rude health, with assets growing 77% in less than three years, up from $2.874 trillion to $5.093 trillion, according to research and consulting provider ETFGI. Yet in Europe, the growth of the ETF market has been restrained by a number of efficiency challenges, from variations in issuance structure through to the fragmentation of the European post-trade environment.

As the Association for Financial Markets in Europe’s joint working group on ETF processing noted in a set of harmonisation and standardisation proposals published in late 2016, this has exerted a downward pressure on the ETF market within Europe and acted as an impediment to delivering an efficient and liquid market.

Two years on, the working group’s assessment still holds good. While there is not a huge gulf between the number of European and US-listed ETFs – 1,676 and 1,943, respectively – the US nonetheless accounts for 72% of total global assets; Europe, by comparison, accounts for just 16% of that total.

Whereas in the US, ETFs settle in one location (the Depositary Trust & Clearing Corporation), in Europe the requirement to settle trades via the local central securities depositary has seen fund managers cross-listing their ETFs on multiple bourses across Europe. Accordingly, ETFs account for 6,706 listings across 25 exchanges – an average of four listings per ETF.

“If an ETF provider wants to distribute across Europe, it cannot restrict itself by making its funds available into just one market place,” says Bernard Tancré, head of investment fund services at Clearstream, the international central securities depositary (ICSD). “Typically it will want them listed in Frankfurt and London, by far the largest two centres for ETFs, and then Paris, Zurich, Amsterdam and Milan to achieve comprehensive coverage of the European market. Fragmentation arises due to the different places of settlement that are attached to each of those venues, which give rise to challenges around liquidity and realignment.”

This need for realignment across CSDs via so-called ‘closed border transactions’ was costly, risky and complex, says Mohamed M’Rabti, global head of ETFs and FundsSettle at Brussels-based ICSD Euroclear Bank. “A consequence of this model was that when a market maker was buying an ETF from LSE [London Stock Exchange] and selling it on Euronext, they would be late in delivering the stock exchange transaction and had to absorb penalties. Those additional costs were a key contributing factor to the high bid-ask spreads seen in Europe.”

At the time, those spreads were around 20 basis points, compared to 2 bps in the US.

On the face of it, the introduction of a single pan-European platform for securities settlement in central bank money in the shape of Target2-Securities (T2S) would seem to address this fragmentation challenge. “Certainly, connecting the domestic CSDs in Europe is what T2S has been created for,” says Tancré. “Unfortunately, one of the two biggest trading venues for ETFs – London – is not involved in T2S, and will be even less involved in the future.

“The second limitation is that T2S works for euros, and ETFs in Europe are denominated in many other currencies, not least US dollars. So while T2S is of interest, its scope as a potential solution is currently insufficient.”

It was these challenges that prompted BlackRock to approach Euroclear in 2012 to launch an iShares ETF that could settle across borders and address what Tim Howell, then chief executive of Euroclear, described as the “significant disconnect” between the way ETFs were structured for domestic trading and the reality of cross-border trading.

With other key players such as JP Morgan Asset Management, Franklin Templeton, State Street Global Advisors and (in the past few weeks) Invesco converting locally issued ETFs into the ICSD model, Euroclear today claims in excess of 40% of European ETF assets by value to be resident within that structure. It is worth noting that 73% of the Irish market – which comprises 54% of the overall European market – is now in the international model.

“Our initial recommendation to BlackRock to remove fragmentation was to issue ETFs like DRs [depositary receipts] or Eurobonds, with everything issued within Euroclear Bank,” says M’Rabti. “We then worked with the market to connect all the stock exchanges to the ICSD, allowing ETF transactions to take place on the London Stock Exchange or Euronext but for settlement to occur within Euroclear Bank. Behind the ICSD there are a common depositary and 20 banks which help us hold the global share certificates, but everything happens electronically in one book”.

As a result, efficiency has improved dramatically. “Market makers are very pleased because they have less fails and can offer more competitive spreads. At iShares, for instance, that reduction over the past few years is 30% and that in part can be attributed to the new model, among other factors.”

Consolidated servicing
For its part, Clearstream, a rival ICSD, is leveraging the ICSD model as it extends its Vestima cross-border fund processing platform into multi-listed ETFs, with a view to providing a consolidated servicing solution encompassing issuance, settlement and distribution alongside ancillary offerings such as collateral management and securities lending.

“The feedback from the market on the ICSD model is positive on how it delivers efficiencies by extending an established and proven issuance model,” says Clearstream’s Tancré.

“While the ICSD model is technically not one pool, which is perhaps the dream for some, the fact that the two ICSDs are very intimately connected by the Bridge means that it works very well. Also, because the two ICSDs are attached to the domestic CSD entities behind London and Frankfurt, those domestic CSDs in Germany and London have agreed to allow trades on these exchanges to settle directly into the relevant ICSD branch.”

Tancré notes that ETF issuers have been looking to persuade other European trading centres to align with the ICSD model. “Paris and Amsterdam work as they are also part of Euroclear,” he says. “But for others it is more problematic, as their stock exchange and CSD belong to the same group and from a competitive perspective, it is not a compelling proposition to trade ETFs on the exchange but then take their settlement elsewhere. So SIX Swiss Exchange and Italy’s Monte Titoli, for instance, prefer to carry out settlement within the domestic CSD initially and then do the clearing via Clearstream. That said, it is still progress compared to what we had before.”

So what future enhancements or refinements lie ahead for the ICSD model? Clearstream is looking at how it can better leverage the benefits of both the ICSD model and T2S. “For euro-denominated ETFs and Eurozone markets T2S is a valuable tool, so it is a shame not to use it,” says Tancré. “We are working with a number of clients to come up with an issuance model that offers the best of both worlds – issuing their ETF via Clearstream, which we then support via the ICSD model, were appropriate while leveraging T2S, where there are cost and efficiency benefits. We are looking into making sure those two options are not mutually exclusive wherever possible.”

For Euroclear, expanding the use of ETFs as collateral is a key focus. By replacing localised settlement with the ICSD model, it is simpler for big investment banks involved in lending to locate and manage their inventory. As M’Rabti notes, in the past an agent lender would not have a clear view of where the depositary resides, but that concern is negated now liquidity can be centralised within the ICSD model.

“Lending is not well developed in Europe around ETFs, so we are working with issuers and also with agent lenders to help them push ETFs as collateral,” he says. “The move from fragmented, individual CSDs to one pool for lending within the ICSD offers agent lenders and borrowers the opportunity to work together more efficiently. That is certainly an area where we see a route for growth.”

Another focus for Euroclear is retail investors, who currently account for only 10% of the ETF market in Europe, compared to 40% in the US. Euroclear’s FundSettle platform has made available ETFs alongside mutual funds for some time, something that has become a wider trend since the advent of MiFID II. This allows retail investors and their advisers to see at a glance the attractive cost differential between most mutual funds and ETFs.

“Issuers are looking to educate the market about the benefits of ETFs – they are transparent, not expensive in terms of management fees, diversified, and offer good liquidity,” says M’Rabti. “On our side, we are helping issuers by using FundSettle to put ETFs in the frame for the retail investors, wealth managers and private banks that are connecting to FundSettle.”