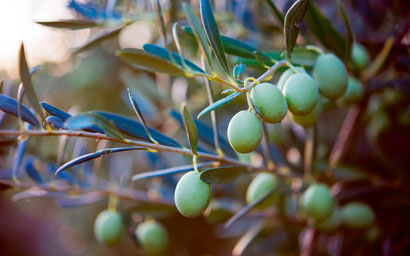 The two largest European equity ETFs track different indices, so Fiona Rintoul considers what difference an index can make to the product.

Thinking about the best reference index for a European ETF reminds me of a quip made during UK prime minister Theresa May’s address to the press while in Brussels for a European Council Summit in October. When Mrs May said she’d take a question from “some of our European colleagues”, a British voice was heard to say: “We’re all European.”

What is Europe? That is the fundamental question underlying the choice of a European equity index, and that is one reason why the choice is more meaningful than it might be in, say, the USA. And as the ETF sector expands and evolves, it becomes harder to know what’s inside a European ETF.

“If you look at the name alone, it won’t tell you what’s in it,” says Claire Perryman, head of State Street’s SPDR ETF business in the UK.

Because the European opportunity set can be approached in so many different ways, it’s especially important to get behind the name of a European ETF. This is particularly true now. It’s boom time for ETFs in Europe, meaning where they put their money increasingly matters – and equity ETFs invested in European stocks are right at the centre of that boom.

Making hay
In the nine months to September 30, 2017, assets invested in ETFs listed in Europe grew by 31% to reach a record high of $751 billion (€644 billion) as investors committed $85.7 billion to the products, according to ETFGI. And while fixed-income ETFs led inflows in 2016, equity ETFs were the big winners in 2017 year to date, attracting net new inflows of $51.5 billion, compared with $22.8 billion for fixed-income products.

With stock markets rising across Europe and the European Central Bank (ECB) signalling a monetary policy that remains supportive, equity ETFs invested in European stocks attracted almost half of these inflows. According to ETFGI, equity ETFs exposed to Europe attracted net new flows of $22.7 billion in the nine months to the end of September 2017, compared with $10.4 billion for ETFs with global exposure and €7.8 billion for ETFs with emerging markets exposure.

Internationally, equity ETFs invested in Europe were in favour too. Most of the 76 US-listed European equity ETFs attracted strong net flows year to date, with the two largest – Vanguard FTSE Europe ETF and iShares MSCI EMU ETF – capturing $4.5 billion and $4.8 billion respectively in the ten months to October 31, 2017.

With numbers like these, it’s no surprise that more providers are crowding into the European ETF market. In October, JP Morgan announced it will list two ETFs that mimic hedge fund strategies on the London Stock Exchange, while in September, Franklin Templeton launched a range of smart beta European listed ETFs. Earlier in the year, Invesco bought London-based ETF provider Source.

Index choice
This plurality of providers makes product differentiation increasingly important. One of the main ways to achieve this is through the choice of reference index.

“The reference index is an all-important choice for investors when considering equity investing,” says Nizam Hamid, ETF strategist at WisdomTree in Europe. “Even in the context of market capitalisation indices, there can be subtle but important differences when choosing an index.”

Sometimes the differences can be quite basic. Two of the most commonly used core European equity indices provide an example. The MSCI EMU and Eurostoxx 50 indices have broadly the same geographic spread (developed markets in the Eurozone) but MSCI EMU contains around 300 names or six times as many as the Eurostoxx 50.

“It’s a different tilt,” says Andrew Walsh, head of passive and ETF specialist sales, UK and Ireland at UBS. “There are many more mid-cap stocks in the MSCI EMU.”

Meanwhile, the FTSE European Indexes provide a broader geographic spread. They include the non-Eurozone countries of Denmark, Norway, Sweden, Switzerland and the UK.

Interestingly, none of these much-used indices covers anything like the whole of Europe. For that, you need to look at the Euro Stoxx 600, which covers 17 markets including Central and Eastern European markets, or the MSCI Europe, which covers 15 markets and has 445 constituents.

“It’s worth looking under the bonnet,” says Walsh. “There’s a big difference between capped and uncapped and sector-neutral indices and ones that run freely.”

“In this case, an investor needs to have in-depth knowledge of the methodology and strategy that the index is designed to deliver,” he says. “Unlike market capitalisation indices, these newer strategy indices can have vastly different outcomes and are often designed for very specific investment solutions.”

So, how do providers decide which index to choose? Often, it’s not a choice but a response to client demand.

“Clients will have a particular benchmark they are using to measure against,” says Chris Mellor, head of equity and commodity product management at Invesco PowerShares. “It depends by country and by region which the preferred index is. Two indices can definitely do slightly different things.”

Another important issue is replicability.

“It’s about what makes sense from the portfolio management perspective,” says Eric Wiegand, head of Xtrackers ETF strategy in Europe and Asia at Deutsche Asset Management. “We need to look at both: is it a replicable benchmark and can we replicate it well?”

Good replication is what ETFs are all about. And while ETFs may be low-cost products, to replicate an index successfully, firms need to invest in infrastructure and people, says Wiegand.

“People think it’s not hard to replicate an index but it’s actually quite complex.”

A deep understanding of the data is essential – and can give firms an edge in terms of performance. For example, a factor such as the domicile of the ETF can enable it to outperform its benchmark index due to differences in tax treatments. But outperformance alone is not enough; you must know where the outperformance came from.

“It needs to be sustainable,” says Wiegand. “You need to know how you arrived where you are, so you can improve if you are doing things wrong.”

Factors that can make a difference to the performance of an ETF include tax advantages from the domicile where the fund is based. At Deutsche AM, these are all laid bare to the clients, Wiegand says.

“We have regular due diligence days where we show them the engine room,” he adds. “We show them how we replicate the benchmarks. In most cases, clients see differences in performance.”

Closer relationships
Interrogating the data becomes even more important when it comes to more complex indices, such as smart beta indices.

“You need to test the thesis behind the methodology,” says State Street’s Perryman. “In smart beta, you need to understand which factors the methodology will give you exposure to and which market scenarios are relevant for that methodology.”

Complex indices can also require a closer relationship between the index maker and the ETF provider. UBS works closely with MSCI across a range of indices, but the ongoing support the index provider gives is particularly important for more innovative indices.

“It’s one thing to have a clever index, but you need to have support,” says Walsh.

Sometimes the relationship with the index provider becomes more of a partnership. Mellor, at InvescoPowershares, cites the example of the Eurozone Exporters ETF, which is focused on eurozone stocks with greater international exposure.

“We worked very closely with Stoxx to deliver an index that would meet client needs,” he says.

Similarly, UBS has worked with MSCI on new products.

“For some of the newer products, such as SRI indices and currency-hedged ETFs, we worked in conjunction with MSCI to deliver them,” says Walsh.

UBS doesn’t have exclusivity on these new products – and it may be the desire for exclusivity that drives some firms to create their own indices. One example is WisdomTree.

There is, of course, no guarantee that the benign environment that has promoted inflows to equity ETFs in general – and European equity ETFs in particular – over the past year will continue. But ETF providers are confident that, thanks to the diversity of product it now offers, the sector can withstand a changed macroeconomic environment.

“We’ve really noticed a change in sector utilisation over the past year,” says Perryman. “Investors were using sectors in Europe but not to the same extent. Now a lot of investors are looking at banks and financials.”