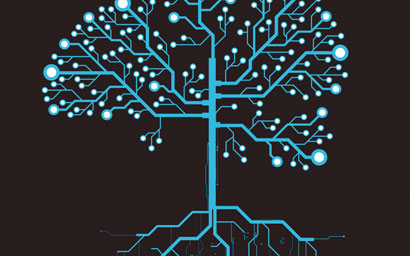 The army of providers of ETF flow data seems to be growing daily. Nicholas Pratt examines who is consuming this data and how it is being used.

The ETF ecosystem has increased in both size of assets under management (AuM) and the number of players, which has created a rich landscape of ETF data. It also explains why there are so many different reports and research pieces available.

The number of data providers producing regular reports on ETF flows and asset growth has itself grown. They all publish information that is intended to be used by ETF investors as a selection tool and by ETF issuers and manufacturers so that they can understand trends in distribution, marketing and product development.

There are specialist data providers in the business, as well as certain stalwarts of the broader info-sphere such as Bloomberg, Morningstar and Thomson Reuters Lipper. But there are also market participants – the ETF issuers themselves, along with exchanges and settlement venues.

The issue the investor has is to understand both the value of this data but also its limitations and whether it is suitable for more than general observations on macro investment trends and asset allocation decisions. Does the data form the basis for making trading decisions?

Deborah Fuhr, an independent ETF researcher, has been tracking ETF flow data since 1997 – first for Morgan Stanley, then Barclays Global Investors/BlackRock, and now with her own venture, ETFGI, which she founded in 2012 and which tracks 7,060 ETFs listed in 56 countries.

And while Fuhr was confident that the ETF market would grow, she did not expect it to become as international as it is now. Part of the reason for this growth is that ETF flow data is quickly available and verifiable, unlike mutual fund flow data, which is often based on estimates and available no sooner than quarterly.

Another reason for the international appeal is the current high level of ETF popularity, says Fuhr.

“It has been hard to find consistent sources of alpha from other asset classes. On average, hedge funds have not been able to deliver returns in excess of the S&P 500 and active funds are finding it hard to consistently beat their benchmarks, based on Spiva data. So, increasingly, investors are looking to index products like ETFs.”

ETF flow data can be an invaluable guide to selecting ETFs that have reached a large enough size for investors to make sizeable allocations without falling foul of investment guidelines, says Fuhr. “The data shows you who is winning in terms of ETF issuers and manufacturers – who is winning assets, who has the greatest volume and liquidity.”

Political insights
The increasing size of the ETF market has also led to more interest in flow data from people other than ETF investors who see the data as a good indication of capital movements. For example, data about ETF flows was used to see if there were any outflows from North Korea or Japan during the recent nuclear tension, or as a result of Brexit. The same data was used and examined to see if it could provide any insight into the 2016 Clinton/Trump election.

As the ETF market has grown, so has the number of research providers. There are numerous versions of the same flow data issued every month, but the figures are rarely the same (see table opposite).

Consequently, Fuhr says consumers have to be careful when viewing data. “People can be selective about what and how they report. For example, an asset manager may issue a report on September ETF flow before the end of that month. So much of that data may actually relate to activity in August.”

Similarly, some data providers or reports may not separate ETFs from other exchange-traded products, such as exchange-traded notes, or in some cases traditional notes. Or the data may be based on estimates rather than actual data or on second-hand sources.

Fuhr says ETFGI strives to be global and accurate and has created its own sources of data to achieve it. “This involves finding opportunities to meet issuers, manufacturers, exchanges, regulators, index providers, market-makers, banks, accountants and investors. And it is more than just recording the flows, it is about putting all the pieces together – it is the mix of art and science.”

Other data providers are equally strident about striving for accuracy.

The financial industry has only one asset – numbers – but the quality and accuracy of financial data is terrible compared to other industries, says Jean-René Giraud, chief executive of TrackInsight, an independent ETF selection platform that freely provides daily flows and performance data to its users. “If you had the same level of inaccuracy in the medical profession, people would die. So we are trying to bring some robustness to the industry.”

Close to the source
There is only one source of data that is wholly reliable and that is the custodian of the ETF issuer, says Giraud. “When they publish the data, it goes to the ETF issuer and then to the main data providers [such as Bloomberg], who then provide it to the other data vendors in the market. We stopped receiving the data this way because of the extra inaccuracies that are added on. Instead we try and get as close to the source as possible.”

Giraud says there are also limitations in only using data about ETF flows, particularly for any investors looking to make trading decisions on the back of that data.

“If you look only at flows, that data is useless. The data is based on T+1 so it is T+2 by the time you get it. You need price and performance data, which is freely available; liquidity data, which is difficult to measure; and the risk, not the volatility but more sophisticated indicators such as expected shortfall.”

Issuer-level data can provide another layer of information for investors, says Bryon Lake, managing director, head of international ETFs at JP Morgan Asset Management. “There is a tremendous amount of intelligence that can be taken from that information. We provide holding data, trading data and key statistics around pricing and performance. We can provide general attribution reports to clients but we can also provide more bespoke reports on an on-demand basis.”

As the market grows, ETF reporting is currently in an interesting space, says Lake. “All of the data providers are trying to provide an additive element and it is interesting how consumers are using these services.”

The data can be used for asset allocation purposes by putting it in the context of other index-based wrappers, such as open-ended funds, futures and swaps – the kind of information a capital markets desk can provide.

For example, a future may be trading at a premium compared to the underlying basket it is supposed to track, meaning that investors would be better served by getting out of that future and into an ETF, says Shastry. “You cannot get that kind of detail from a lot of the flow data providers. It is technical and it changes daily.”

The other aspect is the ETF trading data, which has long been problematic because of the high proportion (around 80%) of ETF trading that is done over-the-counter (OTC) and not on an exchange, meaning it is data that is not reported. Consequently, on-exchange ETF trading data does not provide a true picture of ETF liquidity.

A stabilising influence
The introduction of MiFID II in 2018 should rectify this somewhat by mandating the publication of OTC trading data, says Giraud.

“BOAT and other data aggregators should be able to benefit from MiFID II, but it will take time for the changes to stabilise and calibrate and to work through all the potential double counting, perhaps up to two years.

“But once that stabilisation occurs, it will enable the market to analyse all of the OTC trades that make up the bulk of ETF trading flows on the secondary market. That will give us a much more accurate picture of liquidity and will encourage the exchanges to provide much more competitive and complete reporting.”

In the interim, market participants have to find some other way to get a fuller picture of the ETF trading landscape. This means going to more sources of data to get an indication of that OTC trading volume, such as the many settlement venues like Crest in the UK and Euroclear and Clearstream in Europe that deal with those trades.

“This provides a much clearer indication of an ETF’s liquidity and its average daily volume and it also facilitates trade matching on the secondary ETF market,” says Shastry.