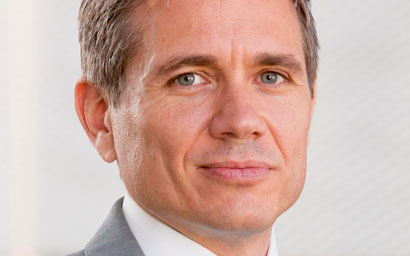 Funds Europe carried out a survey in partnership with Clearstream to examine possible trends in the exchange-traded fund (ETF) market. Tilman Fechter of Clearstream discusses the findings.

Who are the key users of ETFs and who has most to gain? How fast will the European market for these instruments grow? What are the technical problems facing the market? These were some of the questions Funds Europe sought to answer in the second of its ‘What’s next for funds’ series, a sequence of research reports carried out in partnership with market infrastructure provider Clearstream.

The results, which were based on an online survey of 124 fund professionals, discovered optimism for the growth of the industry. In Europe, the most popular forecast expectation for growth was between 10% and 20% a year in Europe. However, there was concern that the ETF format ought not to be applied in unsuitable arenas. For instance, a majority of respondents said ETFs were not appropriate for investing in illiquid assets such as real estate.

In sum, the results show a robust industry that still has space to develop, says Tilman Fechter, member of the executive board, and global head of sales and relationship management, investment fund services, Clearstream.

The findings
Many of the findings were in line with expectations. For instance, respondents gave a clear vote that cost-effectiveness is the main selling point of ETFs. More than half, 56%, of respondents said low fees were the main factor in attracting investors, while other options such as “ease of access” and “liquidity” were chosen far less often.

Respondents also predicted that ETF fees would continue to fall. A clear majority of respondents, 68%, said they expected fees to fall further than their current levels, of which 13% said they expected costs to fall sharply. If our respondents are correct, this would continue a trend that has seen large providers such as Vanguard and BlackRock iShares dramatically reduce the cost of their ETFs in recent years.

These results were no surprise to Fechter, who says that the market shows evidence that ETF providers are competing aggressively on price as a means of raising assets. Going forward we nevertheless expect a growing number of ETF launches which track niche indices/baskets where they face less pressure on fees. However, in some cases, respondents appeared at variance with the facts as reported by some ETF specialists. For example, 52% of respondents said that mass retail investors had the most to gain from using ETFs. In contrast, 21% said institutional investors had most to gain. Asset managers, wealth managers and high-net-worth investors each attracted a lower proportion of responses.

In the survey report, Funds Europe concluded that the respondents viewed ETFs as “a fund for the people”. But is this accurate? Evidence suggests that in Europe, some of the biggest buyers of ETFs are not individual investors but asset managers.

“Everyone thinks ETF growth comes from individuals who put them in their private portfolio but in many cases, the growth is driven by active fund managers who use ETFs as part of their portfolio allocation,” says Fechter. “This is an interesting fact for the market to realise.”

Technicals
Offering price transparency is one of the key advantages of ETFs. Investors can see, almost in real-time, how much their fund is worth. In contrast, traditional mutual funds are typically valued no more than once a day.

These benefits of ETFs must be balanced against perceived limitations, however. Many respondents were concerned with liquidity risks. The most popular statement regarding fixed income ETFs, for example, was that “care needs to be taken not to imply greater liquidity than the underlying assets”. In a separate question, 60% of respondents said they did not think ETFs were appropriate for investing in illiquid asset classes, such as real estate.

However, Fechter points out that, for there to be a level playing field between ETFs and conventional active funds, the regulations regarding securities lending ought to be the same for each.

“If my ETF can lend out the underlyings in a risk-free environment and generate some income, and this strategy is disclosed in the investor documents, then why as an individual investor would I be against it? By the way, we are also seeing an increase in ETF owners wishing to make their ETFs available for borrowing and lending,” he adds.

Another aspect to this, however, is that the US system is more transparent because all ETF trading is visible. In Europe, there tends to be a distinction between retail ETF investment, which is generally on-exchange, and institution ETF investment, which in many cases occurs over-the-counter. As a market infrastructure, which is part of Deutsche Boerse Group, Clearstream supports measures to bring more European ETF trading on to exchanges.

“By volume of order book transactions, Deutsche Boerse handles €11 billion per month – a 29% share of the European ETF market,” says Fechter. “There should be a joint initiative to try to get everything on exchange and bring down the cost. There are many advantages: higher liquidity, more transparency and so on.

“Would I expect this to happen in the short term? No. And in the meantime, we try to ensure that every investor type has the channel or the order mechanism they would like. However, from our perspective, we hope to see the market move towards more transparency and cost-efficiency.”

The report, ‘What’s next for funds? Exchange-traded funds and fragmentation’, is available to download on both the Funds Europe and Clearstream websites.