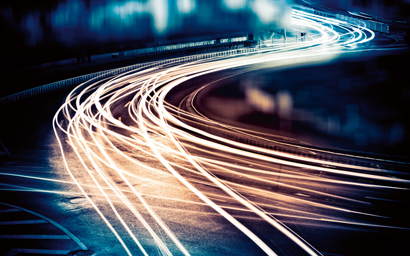 It has been three years since the international issuance and settlement model for European ETFs was launched in order to simplify issuing and trading. Nicholas Pratt asks whether it has become the model of choice for cross-listed ETFs, and if not, why not?

Trading speed may be measured in microseconds these days. Changes to market structure though, occur at a much slower rate. It has been more than three years since a group of market participants comprising issuers, exchanges and international central securities depositaries (ICSDs) made a bid to inject some efficiency into Europe’s chequered landscape for trading ETFs.

The idea was to create a pan-European market structure so that ETFs would no longer have to list on multiple exchanges to reach investors across Europe. Similarly, they would no longer be settled across borders and in multiple CSDs.

Via this new international model for issuing and settling ETFs, issuers would be able to list and settle their ETFs via a single venue rather than across multiple exchanges, much like the ETF market in the US. The efficiencies would reduce spreads for investors and boost liquidity as more issuers adopted the model. All that would be needed was a demonstration that the model worked.

Three years on, the model has gained traction but has not yet become the de facto structure for European ETF listings and the main protagonists are still ‘educating’ the market as to its benefits.

However, given the amount of work already done with major issuers, the fact that the model works and other initiatives such as MiFID II, which will bring more transparency to trade reporting, 2017 may see the demand reach a meaningful level.

SPEARHEAD
It was in early 2013 that BlackRock collaborated with ICSDs Euroclear and Clearstream on the development of a new, international structure for issuing and settling ETFs in Europe, becoming the first ETF issuer to launch a new iShares range of ETFs through the new structure.

At the same time, equity exchange venue Bats Chi-X, announced a pan-European listings business for ETFs, which again was to be spearheaded by BlackRock, which issued two of its iShares ETFs via the venue as secondary listings in November 2013.

The two initiatives would be complementary and not competing. For example, the Bats Chi-X model had its own pan-European clearing partner in EMCF, but was flexible enough to allow issuers to use different CSDs or ICSDs for different products.

Three years on, iShares has migrated all of its Irish range of ETFs to the ICSD structure, a range consisting of 207 funds worth $198 billion (€179 billion)in assets under management. Meanwhile, in May 2016, State Street Global Advisors made 40 of its SPDR ETFs available on Euroclear’s fund processing platform FundSettle, including its full range of 29 Sector ETFs, all of which would be settled via the ICSD model. This followed the earlier migration of 13 ETFs to the ICSD issuance and settlement model back in October 2014.

The benefits of the ICSD structure address the structural impediments that many believe have held back the growth of the European ETF market, such as fragmented liquidity, pricing opacity and a difficulty obtaining best execution.

“Clients can get a complete view of a fund’s liquidity using one identifier rather than looking up multiple International Securities Identification Numbers. And ETFs will be able to move around Europe in a more frictionless way.”

It is also hoped that the increased mobility of ETFs under this model will speed up the development of a centralised ETF lending market, says Van Nugteren. “Such a development would lead to a reduction in bid-ask spreads as market makers can more easily hedge themselves; it would improve price discovery; reduce the total cost of ownership for clients lending out the ETF units and allow investors to take directional views on markets.”

These benefits are clear and the model clearly has the backing of some of the major ETF providers in Europe, such as iShares and SPDR. Additionally, there have been a number of new entrants to the European ETF market, some of which are more used to market structure in the US and see some similarities under the ICSD issuance model.

Furthermore, the funds issued through the new model have performed well, says Van Nugteren, during an especially volatile time in the markets – including June 24, the day of the Brexit result, where there were record volumes for some of the funds and a four-times increase in the average daily volumes. This is “a true test for the product”, says Van Nugteren. “On-exchange trading has been strong with a positive decrease in spreads continuing through the migration. We are confident that the model works in all market conditions.”

But if the new ICSD issuance and settlement model is to have an enduring popularity, it must demonstrate its benefits to investors. And while liquidity in Europe’s ETF market has improved and spreads have reduced, it is difficult to apportion this entirely to the new ICSD model.

As Van Nugteren says: “Some investors are not yet benefiting from the centralised solution by holding their ETF assets in local CSDs. More education is needed.”

While the ETF issuers have been focusing their education efforts on the investor community, the ICSDs have been promoting the model to the various intermediaries in the ETF market – the market makers, custodians, prime brokers, central counterparties and authorised professionals.

MIGRATION
One might say that an initiative that takes this much of an education effort to convince the market of its benefit may not actually be that beneficial, but Mohamed M’Rabti, product management, deputy head FundsPlace and Euroclear’s ETFs specialist, would disagree.

Firstly, he says, a sizeable amount of ETFs have already been migrated from their former domestic issuance model, citing the migration of BlackRock’s Irish range of ETFs as well as the SPDR range of ETFs. In addition, Pimco/Source, CCBI/Commerzbank, Full Goal, ICBC CS and WisdomTree have all issued new ETFs using the model.

Secondly, the task of migrating all of these funds is complex and challenging, says M’Rabti.  “It was a premiere in Europe and it is not easy to change people’s behaviour, so our mission for the last two years was to educate intermediaries. At the beginning it was hard to get them all connected. Now they are all connected.”

The education mission involved several visits to market makers to explain both the benefits of the new model and the work involved in migrating from the old to the new and ensuring that all the parties involved know what they have to do to ensure the migration happens smoothly.

“It is a big market change and there are a lot of parties involved,” says M’Rabti. “We have moved more than €200 billion of ETFs from one environment to another over the course of a weekend and none of the liquidity has been lost.”

SPEEDIER SETTLEMENT
Market makers face a less complex issuance and settlement structure with longer settlement windows – a difference of three to four hours. And for issuers, by having all of the ETFs in one place, it makes it easier to include ETFs in a securities lending programme. And the more ETFs are lent, the more liquid the ETF market becomes.

But, as is often the case with initiatives that involve changes to market infrastructure, the benefits can take time to materialise in the eyes of the end investors, those at the end of the fund life-cycle.

“It is a massive shift in the industry, so it will take some time for the full benefits to come to the market. But just this summer, we have completed a very large migration, so a lot of the hard work is done and the market makers are in a much better position to offer competitive spreads to investors,” says M’Rabti.

However, there are already some material benefits from the new ICSD model that should be evident to investors, he says.

“One of the challenges of the ETF industry is that the settlement process was less efficient than an equity instrument, as ETFs are multi-listed. But under this new structure, the settlement is much more efficient, as is the asset servicing. This eliminates lot of the currency exposure that often arises.

“For example, the dividend may be paid in euro while the market compensation is paid in sterling. This is thing that a lot of investors have complained about in the past.”

Now that two of the major ETF issuers in Europe – iShares and SPDR – have both migrated a significant proportion of their portfolios to the new ICSD issuance model, M’Rabti anticipates the rest of the market will follow.

“At the beginning, the market wanted to wait until BlackRock issued new ETFs through the model and migrated their existing ETFs from the domestic to the international structure. Now that has been done successfully, we have been approached by many ETF issuers. They want to review our model because their market makers are complaining about the limitations of the domestic issuance model.

“Now they realise that this is possible and they have proof that it works. We reached a tipping point this summer. Now we are working on issuing new ETFs, more migrations and also promoting the use of ETFs in securities lending programmes.”

So the education will continue for a while yet, but 2017 should be the year of graduation for the ICSD model.