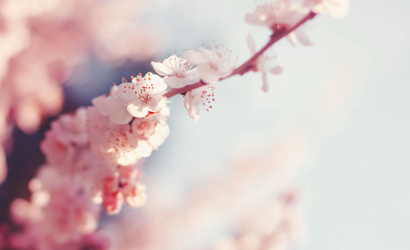 Kit Klarenberg assesses newcomers to the industry, the market share of incumbents, investment flows and product launches over the past 12 months.

ETFs are currently in bloom the world over. Assets globally stand at around €3 trillion according to Morningstar data, and more vehicles are being launched than ever; 260 have debuted on the market since last October. September this year was one of the biggest months for launches yet, with 24 unveiled. Research consultancy ETFGI figures indicate there are now over 6,000 open to investors worldwide, with 1,600 based in Europe.

The active fund industry hasn’t been oblivious to the erupting fortunes of ETFs – many of them have hurried to penetrate the market for the first time, adding ETFs to their existing product ranges. Overall, there were 50 first-time entrants to the global ETF marketplace last year, producing a total of around 300 providers. Fresh contenders included financial services industry giants such as Fidelity, Franklin Templeton and Goldman Sachs.

For many, the ETF market’s development over the past 12 months has been extremely encouraging. Larry Swedroe is among them. An ardent advocate of passive investment for decades, he has authored 15 books on the subject to date.

His first work, 1998’s The Only Guide to a Winning Investment Strategy You’ll Ever Need, foresaw a major sea change in years to come – one that would sweep away the vast majority of active managers and see ETFs become the default vehicle for investors. While Swedroe didn’t speculate as to when this revolution would come to pass at the time, he now believes the past year will be regarded as the point it began in earnest.

Still, his enthusiasm is not without caveats. One of Swedroe’s prime beefs with the active sphere is there are simply too many funds; the vast majority of the market has no reason to exist, he believes. He is extremely disheartened that the ETF market has become similarly congested.

“ETFs are ridiculously oversaturated, with far too many names offering far too many similar products. I’d estimate about 90% of the vehicles currently on offer are needless – five firms managing 75% of ETF assets shows how pointless most participants and their products are,” he says.

Swedroe may well be correct that too many ETFs serve the same purpose presently. There are at least 20 ‘vanilla’ S&P 500 trackers on offer to European investors at time of writing, and many more that track the performance of certain elements of the index (such as high dividend payers).

While wider investor choice is certainly a good thing, and these vehicles may have unique approaches to portfolio construction, levy different charges and deliver varying returns, it’s doubtful each and every one is truly necessary.

Furthermore, a cursory glance at ETFGI market share stats for Europe makes clear a tiny clutch of firms exert a stranglehold on the marketplace. Even within this elite, assets are predominantly concentrated in one place – BlackRock’s dedicated ETF division iShares, which manages over 47% of total assets.

Naturally no ETF provider can hope to dislodge iShares from its lofty parapet, at least for the time being, but that may well not be the focus of the firm’s competitors; second place is a hotly contested battleground. At present, Deutsche Bank’s db X-trackers arm is runner-up with 11%, followed by Lyxor (9.3%), UBS (5.2%) and Amundi (4.2%).

IDIOSYNCRASY, OR IDIOCY?
While Vanguard is just behind Amundi, with a 3.9% share, total dominion of the European ETF market by US firms, widely predicted when Vanguard entered in 2012, is yet to materialise. The vast majority of providers in Europe are homegrown, such as Commerzbank, Deka Bank, ETF Securities, Ossiam, Source and Zurich Kantonalbank.

However, Swedroe finds the manner in which smaller players are scrabbling for market share a further cause for concern. In their attempts to make their offering unique, many are launching ETFs that actively encourage intraday trading (such as short and leveraged vehicles), or abstruse vehicles allowing investors to make bets on the future prospects of highly specific industries, such as robotics or fishing.

“These providers, and those who invest in them, have missed the point of ETFs entirely; ETFs should be used by investors to build a broad, globally diversified portfolio, exposing them to different regions of the world,” he says.

While the number of non-traditional ETFs has burgeoned significantly of late, George Taylor, passive equity product specialist at HSBC Global Asset Management, says these products are proliferating directly in response to client demand.

As more and more European investors become familiar with ETFs and make them a key part of their portfolios, he explains, there’s an increased level interaction between ETF providers and their investors – and the message is loud and clear.

“This dialogue allows us to better understand their requirements, and further tailor ETFs to their actual needs – there is growing demand for non-traditional products, which offer more complex solutions,” he says.

“Investors are also looking for socially responsible investment solutions. We have already seen a number of these come to market, and we expect this trend to accelerate next year.”

Furthermore, Taylor observes sizeable client awareness around transparency in ETFs, coupled with a majority preference for physical ETFs – perhaps an indication that demand for non-traditional products isn’t a wanton impulse, driven by hype or baseless curiosity.

Moreover, the bulk of investors are most interested in more typical ETFs that track classic, cap-weighted indices, and mainstream asset classes (such as fixed income); ETFs, Taylor says, are more and more becoming a multi-asset solution play. Lipper data suggests 40% of ETF assets are held in just five fund classifications out of a total of 165; US equities, Eurozone equities, European equities, global equities and corporate bonds.

Nevertheless, while Europe constitutes the world’s largest ETF growth market at present, this comes from a low base – European investors were late converts to ETFs in comparison to their US counterparts. European ETF assets account for roughly a sixth the global total; around €500 billion. Moreover, growth rates have decelerated slightly this year. While in the US each successive quarter has seen net inflows to ETFs for some time, the same isn’t true in Europe. What accounts for this disparity?

At the start of November, research firm Cerulli Associates issued a report suggesting fragmentation and the dominance of banks in European countries were key inhibitors to ETFs gaining further ground on the continent.

In short, the firm’s view is that distribution of financial products is firmly in the hands of banks and tied-agents’ networks – intermediaries with little interest in promoting ETFs to their clients. Nonetheless, it went on to speculate that the ban on independent financial advisor commissions, due to be introduced by MiFID II in 2018, could end this dynamic.

Cost discrepancy could also play a role, Cerulli believes. In the US, investors were attracted to ETFs by their low costs, which in turns compressed fees further, attracting more investors.

Europe has failed to follow suit, the report said, because operating on the continent involves dealing with different regulators in different languages, and often via different marketing strategies. This inevitably entails higher expenses.

THE FUTURE’S SMART
Even these barriers may not be sufficient to deter European investors from embracing ETFs more widely. Jose Garcia-Zarate, senior ETF analyst at Morningstar Europe, foresees assets hitting the €1 trillion mark by 2020, if not before. He concurs with Cerulli – MiFID II regulations will reform European investment advice, and break retail distribution channels wide open for ETFs.

He believes much of this growth will be driven by smart beta (or, multi-factor) ETFs. Given the considerable success of these vehicles over the past year, that may well be an obvious call to make. Invesco PowerShares figures released in the last week of October show smart beta products attracted record inflows in Europe over the preceding 12 months, with assets under management reaching €27.5 billion, a 40% year-on-year increase. In total, 18% of European ETF inflows have been to smart beta, up from 6% in 2015.

The report additionally surveyed the opinions of 380 professional European investors to gauge Smart Beta’s future prospects. It found there was a high and rising demand for these strategies; 78% were likely to increase their allocations moving forward.

In May, BlackRock predicted global smart beta ETF assets would hit $2.4 trillion (€2.1 trillion) within the next decade. This is hardly surprising – low-volatility and dividend factor strategies are one of the few means investors have of achieving steady returns in the current high-volatility, low-yield environment, which looks set to continue for a great many years.

PowerShares’ research also suggests smart beta growth will be a net contributor to overall ETF assets, rather than simply attracting investor capital from other areas of the ETF market. Of the investors polled, 54% said they had reallocated investments from active funds to smart beta over the past year.

While it’s never been harder to predict the future, that ETFs will flourish in 2017 seems a fairly safe bet. If the trends established and foundations laid in 2016 continue to be built upon, existing market players will grow, and new providers will enter.

More investors will embrace ETFs, and existing fans will up their exposure. Assets will climb and climb.

For firms both within and without the market, there are still opportunities and openings aplenty. In fact, if passive vehicles continue to sap assets from active funds, having an ETF strategy in place may be fundamental to a firm’s longevity.