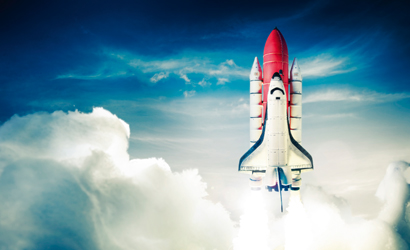 Investor demand for bond ETFs has been strong this year, but the industry may still have to properly heed calls for more product development in this area. Nick Fitzpatrick reports.

It appears that 2016 is a bit of a watershed year for bond ETFs. This is because halfway through the year, assets under management in the global fixed income ETF industry passed $600 billion (€542 billion).

For some time, European investors had urged providers to concentrate on product development in the ETF fixed income category. Firms who were less quick to respond to this market demand could be regretting it now.

Assets are shooting upwards. Figures from Amundi showed that at the end of September, net inflows into fixed income ETFs since the beginning of the year had far outweighed equity inflows. The European ETF market had received €24.5 billion of net inflows into its fixed income products out of total industry inflows of €29 billion.

By the end of October, assets under management in Europe’s fixed income ETF industry were €150 billion, according to BlackRock industry data. 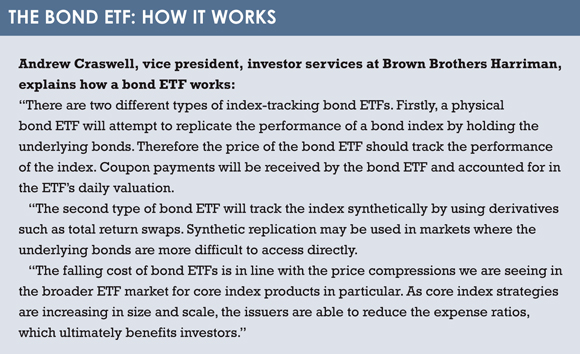 BlackRock, which runs the iShares ETF business, said investors had embraced these products at a record pace in the previous few months, and Larry Fink, the chief executive, said in BlackRock’s Q3 financial statement that the firm’s European fixed income ETFs had reached $100 billion of assets under management and remained “an important growth area for iShares”.

BlackRock said drivers as diverse as Brexit and central bank actions drove the demand for fixed income ETFs in 2016.

For example, European corporate bond ETFs across the industry saw a “surge in demand” throughout the first half of the year. A strong boost for this demand came in the second quarter, when the European Central Bank economic stimulus programme involved the Bank in corporate bond purchases.

Depressed European government bond yields also directed flows into ETFs underpinned by US investment grade and euro-denominated corporate bonds, which illustrates how the search for yield remains one of the main issues driving bond investment generally.

EMERGING MARKETS
It has been a decisive year for emerging market flows as the stocks and bonds of these economies once again became one of the most positive investment themes for active and passive investors.

Amundi noted that European investors increased their exposure to emerging market debt through ETFs by €5.5 billion, year to date, at the end of August, with €800 million of that in August.

But the level of investment in bond ETFs could potentially be more if  product development kept up with investor demand for granularity. 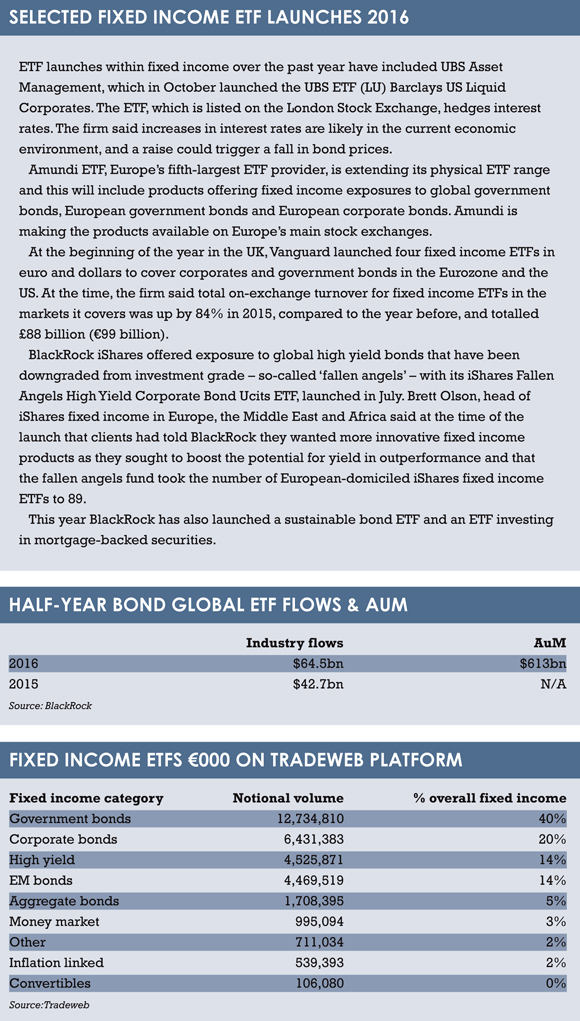 Stephen Cohen, head of fixed income beta at BlackRock, said: “As bond ETFs are increasingly used as a financial instrument within portfolios to transfer risk quickly, investors are asking for more granular exposures. I expect we’ll start to see even more innovation in the industry.”

That granularity was seen in part in the third quarter, when European investors showed interest in both local currency and dollar-denominated emerging market ETF exposures.

Yet the granularity could grow still more.

“Asian fixed income is probably one big area where there is not as much product coverage. There is driver for more products linked to bonds in Asia and that is diversification. Diversification is the main thing.”

The BlackRock data suggests European investors have been diversifying with US and euro corporate bond ETFs.

But if there is something getting in the way of bond ETF product development, it may well be the industry’s fascination with smart beta.

Tu says that in the US, where he is based, there is too much industry attention on developing complex ETF products around the smart beta theme, which he suggests is crowding out fixed income development.

“Really what is needed for the fixed income ETF space to grow is to create more ability to diversify exposures; for this, the market needs more of the simple, plain products. In the US, you can’t get Asian government or corporate bond exposure – there’s no ETF for them. The market would benefit from more of the plain vanilla access products.”

He suggests manufacturers have concentrated more on developing smart beta products, and he says: “The more complex [a product] is, the more profit margin they can put in it.”

Data from Tradeweb (see table), which is a platform for electronic fixed income, derivatives and ETF trading, shows a strong demand for government bond ETFs, in the year to the end of September.

Further data from Tradeweb (not shown) shows that four of the ten most traded ETFs in Europe in August were fixed income. All were iShares products, with the firm’s dollar-based high yield fund leading the fixed income pack, though a German-listed db-x trackers S&P 500 equity fund came top overall.

“The dynamic that you see with that is that the investor base is becoming more knowledgeable of the costs of active management. This has already been a strong trend on the equity side, but now we see it in emerging market bonds.”