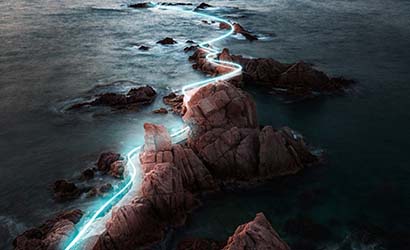 2020 was the year the Earth stood still. The pandemic saw life as we know it grind to a halt as countries sought to contain Covid-19, plunging the global economy into the deepest recession in nearly a century, writes Romil Patel.

This year’s pandemic has upended people’s lives and brought social and employment issues to the fore. At the same time, conversations about the climate crisis have broadened to include biodiversity loss, with a World Wide Fund for Nature (WWF) report warning that by 2050, the world economy stands to lose US$10 trillion (€8.5 trillion) by 2050 if the issue is not addressed.

The WWF report, ‘Global Futures’, urges “transformational change across our economic and financial systems, so they are geared towards delivering long-term sustainable development, and the protection and restoration of nature”.

The pandemic also revealed the extent to which some risks, such as infectious diseases, have been underpriced. This in turn has highlighted ESG risk.

“Covid-19 has accelerated how people are thinking about ESG. First is the stark realisation that ESG risks haven’t been adequately captured by normal financial models. Second is that ESG issues will continue to be drivers of future market trends,” says Ashley Hamilton Claxton, head of responsible investment at Royal London Asset Management (RLAM).

In the initial financial shock, some were concerned that the mainstreaming of ESG would take a back seat. Instead, the conversation has shifted towards achieving a more sustainable future.

“ESG is here to stay. Covid-19 has accelerated the trend towards greater awareness of sustainability and the interconnectedness between our economy, environment and society. We don’t see this stopping or slowing down any time soon,” adds Hamilton Claxton.

A fragmented landscape
Assets in sustainable funds hit a record high of $1.25 trillion this year, as of the end of September, with Europe passing the $1 trillion milestone, according to Morningstar data. Global inflows into sustainable funds increased 14% in the third quarter of 2020 to $80.5 billion, with Europe accounting for 76.5% of the total – a sign of how fragmented and uneven the ESG landscape is globally.

ESG is clearly attracting significant flows, but its development, application and standards vary from region to region. Europe is widely acknowledged as leading the pack as the continent’s governments, central banks, regulators and supervisors all pull in the same direction.

“The fiduciary duty in the US is purely a financial duty,” notes Günther Schiendl, chief investment officer of VBV Pensionskasse. “Fiduciary duty in Europe is now financial and it is ESG and climate, and there has been a sea change that European legislation has done, changing what fiduciary duty means. In Europe, if a manager or even executive does not pursue ESG and climate considerations in their investment strategies, they might have the same legal risk that the same manager does who is based in the US, so there is a conflict just in the spheres of legislations,” he adds (see roundtable, pages 14-23).

While stakeholder capitalism has deep roots in Europe, the US presents a more litigious and politicised environment, where pecuniary interest is prioritised. Issues also tend to fall along partisan lines, noticeably during the Trump administration, which presided over the withdrawal from the Paris Agreement on climate in June 2017 and the repeal of the Clean Power Plan (President Obama’s 2015 initiative to reduce carbon pollution) in 2019. It also saw raging wildfires in California, Oregon and Washington this year.

As Michael Lewis, head of ESG thematic research at DWS, notes: “The enforcement of environmental protection hit a 30-year low at the beginning of this year, there was further relaxation of permits and licences in terms of the construction of infrastructure projects and pipelines and railroads, so the environmental agenda has gone into reverse at the federal level.”

‘Pre-financial indicators’
The politicisation of ESG has led to the de-emphasis of sustainable investing at the federal level, evidenced by the US Department of Labor’s proposed rule in June of this year to prevent certain employee benefit plans from pursuing “non-financial objectives”, including ESG factors. The proposal elicited the strongest response the department has ever received, with more than 8,700 public comments in a 30-day window – and an opposition rate exceeding 95%.

“The starting point is the misguided notion that ESG is being categorised as non-financial,” says Julie Moret, global head of ESG at Franklin Templeton. “A lot of ESG information is pre-financial indicators that when assessed over time, give a perspective around potential pressure points, latent risks that absolutely do impact the bottom line and the financial business relevancy of many of these issues.

“It is evident that there is a divergence between US policymaking, at least at the federal level, relative to what we’re seeing in Europe. Parts of Asia have also really catalysed in the last 12 months, particularly in Singapore and Hong Kong with their ESG disclosure regulations, as well as Malaysia. Much of the regulatory landscape that’s playing out there is taken from best practice from Europe, which is increasingly being viewed as the leader in terms of ESG policy and regulatory-making.”

In any event, there is plenty of demand for sustainable investing in the world’s largest economy. Indeed, there is a buzz around efforts to address the climate crisis in cities and municipalities. According to the New Climate Institute, 27 regions and 121 cities have made net-zero emission-reduction pledges with regard to greenhouse gases, representing 60% of the US population. This compares to 36% in the EU.

Trump’s decision to pull out of the Paris Agreement accelerated initiatives at the state level. The New York State Department of Financial Services, for example, published a letter calling on regulated organisations to “start integrating the financial risks from climate change into their governance frameworks, risk management processes, and business strategies”.

In addition, California governor Gavin Newsom signed an executive order requiring all new cars and passenger trucks sold in his state to be zero-emission vehicles by 2035. What, then, are the investment implications?

“As an investor, these are the kinds of things that you have to scenario plan, so what would happen if all of a sudden, the proposal that California put forward about combustion engines was made national?” says Lori Heinel, deputy global chief investment officer for State Street Global Advisors (SSGA).

“If you’re an auto manufacturer, you’re left holding the bag, if you’re an oil company, you might be left holding the bag. These things are important to watch because they create tipping points where it does become much more policy-driven and we’re the stakeholders – that’s one of the things that influences business strategy and ultimately, business success. All of those things are things that you have to think about, scenario plan and then make judgements about how you think they’re going to influence a company or a market.”