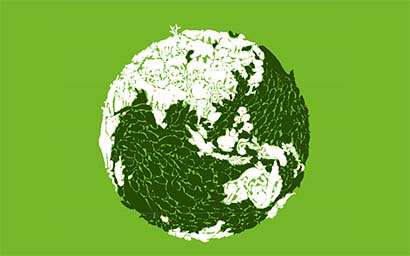 The green bonds market had its most successful year in 2020 – an achievement that might sound humdrum if 2021 continues on its current trajectory, writes Pete Carvill.

The Climate Bonds Initiative (CBI) tracks many of the numbers and figures in the market and releases them regularly. In April, it published its ‘Sustainable Debt: Global State of the Market 2020’ report, which found that the green bond market was worth £290 billion (€340 billion) in 2020 – up 9% from 2019.

These were not the only milestones. In December 2020, the market went over $1 trillion for the first time since its inception in 2007.

“There’s been an explosion in green bond issuance,” says David Zahn, head of European fixed income at Franklin Templeton. “And it’s because these things give credibility to issuers that they are talking climate change, and how to transition to a low-carbon future.”

The momentum has continued. “The first half of this year has broken all records,” says Krista Tukiainen, head of research and market intelligence at the CBI.

The growth has been extraordinary, although reframing it in the context of total assets under management held the world over provides a useful comparison.

As Tariq Fancy, former chief investment officer for sustainable investing at BlackRock, wrote recently of the RISE Fund: “[Is] it enough to make a difference if the majority of the global economy, with nearly $6 trillion in private equity alone and some $360 trillion of global wealth overall (3,000x and 180,000x times larger, respectively), continue operating business as usual?”

Who’s issuing green bonds?
Green bonds are issued by sovereigns and corporates, but it is the former who dominate the market, particularly when it comes to volume. While the US leads the world in issuance, Germany and France are in second and third place respectively

This positioning was only made possible because of state issuance, according to the ‘Sustainable Debt’ report. “Two government bonds propelled Germany into second place. The inaugural ten-year green Bund was priced in September, followed by a five-year Bobl in early November with a combined size of $13.8 billion,” it stated.

Meanwhile, over the border in France, “the green government bond (GrOAT) was tapped three times for a total of $7.4 billion in 2020. The GrOAT is the single largest green bond in the market, with a total amount outstanding of $31.1 billion. More pertinently, Societe du Grand Paris (SGP) priced seven bonds worth $12.5 billion in 2020.”

In fact, Europe was the largest source of green debt last year – 48%, according to the CBI. “European issuance was led by government-backed entities and non-financial corporates, each contributing 25%. Government and policy support is creating more opportunities for private sector investment in Europe and a more diverse range of issuers are coming to the market beyond utilities, real estate companies, and banks,” the report added.

Sovereigns have an important job, according to Scott Freedman, fixed income portfolio manager at Newton Investment Management. “The more you see them lead by example, the more that helps establish a standardised framework of how green issuance and its reporting should be structured. The sector is encouraged when the sovereigns do that,” he says.

How corporations do it differently
It is different with corporates issuing green bonds, however. For starters, the target sum is much lower. “They might reach around five or six billion over a medium-term note program,” says the CBI’s Tukiainen, comparing them to the sovereign issuers, “but a lot depends on their size and their capital needs.

“They’re also distinct in their use of proceeds. The corporate will be more straightforward in that they have an identifiable pipeline of physical assets and projects, whereas with sovereigns, it’s often a tax relief programme, some incentives and more expenditure-type things that are packaged up. The eligibility criteria is quite different.”

The money raised pays for a variety of different projects. “A lot of what’s being financed is late-stage research and development,” says Tukiainen. “Volkswagen, for example, developed a platform on which they can build any type of electric vehicle. It’s less the chassis or the physical body, and more about the functions of the car. Then there are things such as developing better batteries or getting a better range. And some companies such as Daimler are investing heavily in low-carbon steel, which for them is a key material.”

And, yet, despite their relatively small size, it is the corporates that have seen the most activity, according to Maria Castro, head of funding at CaixaBank. “Not in terms of volumes because the sovereigns always issue larger amounts, but in terms of market activity,” she says.

Newton’s Freedman points to one issue that may surface: the ability of smaller companies to issue bonds. “As you go from large, listed companies, are there enough projects to parcel up into a green bond? If it’s only $50 million, is that enough?”

The question, then, is whether governments are leading the market, or merely following it. Nigel Marsh, associate director within the fixed income team at Kingswood, goes with the former. “This was first introduced through the corporate sector,” he says, “but it’s becoming more mainstream. It started with wind, water and hydro-electric companies, but now you’re seeing an almost-daily announcement of green bonds, and we’re also getting governments on board.”

Others, such as Franklin Templeton’s Zahn, take a different tack. “The governments are looking at the market and asking themselves how they can help it develop,” he says. “They’re thinking, ‘OK, we have a green bond and that’s now giving the corporations something to price off.’

“There’s a lot of investments that are going to help with the energy transition and the states will want to issue bonds that help reflect that.”

Future performance
What remains to be seen is how successful these bonds will be, especially as the market matures. In April, the EU adopted a package of measures around sustainable finance. And figures from July show that nearly $2 trillion was wiped off the market’s total assets as definitions around what constitutes a green investment began to solidify. The same month, the EU released a briefing document around its proposed European Green Bonds Regulation, in order to develop a gold standard for the asset class. Similar moves have been planned in the UK with the government’s formation of the Green Technical Advisory Group.

Academics have gone further. Earlier this year, in the ‘Eurasian Economic Review’, authors Kristin Ulrike Löffler, Aleksandar Petreski and Andreas Stephan looked at drivers of green bond issuance and whether a ‘greenium’ existed. They found that “the estimates show that the yield for green bonds is, on average, 15 to 20 basis points lower than that of conventional bonds, both on primary and secondary markets, thus a ‘greenium’ exists”.

As this story was going to press, the British government was preparing to release its own ‘Green Gilt’, predicted to arrive in September. And at the end of August, Munich Re announced a €1.25 billion green bond of its own. Confidence is high, but the question is: where does it go from here?