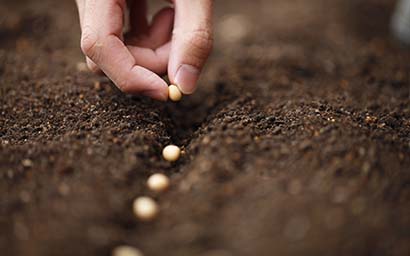 In September last year, London-based Rize ETF launched a fund designed to capitalise on future trends in sustainable food production and consumption. According to the firm’s co-founder Rahul Bhushan, a considerable challenge of this theme was to capture the entire industry in a transparent way.

“You touch on so many different sectors across so many countries. In the early days, there was no apparent way of how to go about slicing the industry up into various components,” he tells Funds Europe.

But after monitoring the theme, he says, in recent years the strategy became clearer as plant-based companies started going public.

Bhushan says the strategy’s ethos is based on the “urgent” need to address issues like deforestation, loss of biodiversity, and pollution – all key drivers behind climate change.

Sustainable protein: How investors are driving change in the meat industry

Livestock accounts for about 14.5% of global greenhouse gas emissions, with cattle largely responsible, according to the UN’s Food and Agricultural Organization.

“We wanted to create something that was reflective of the transition to a sustainable food system,” adds Bhushan. More than six months on from its inception, the Rize Sustainable Future of Food Ucits ETF’s assets under management (AuM) exceeded $170.3 million (€141.5 million) as of April 19. Meanwhile, for the first quarter of 2021, the fund returned over 7.6%.

According to research by Morningstar, out of the eight thematic ETFs available that specifically track agriculture, Rize has the only one with an ESG tilt. Although the fund includes land-based sustainable fish-farming firm Atlantic Sapphire, it has adopted a strictly ‘no meat’ policy.

He argues that greenhouse gas scoring systems don’t work well if they don’t adequately take into account Scope 3 emissions. These come from activities related to a company’s value chain – as opposed to direct emissions from fuel use (Scope 1) and electricity (Scope 2) – and typically represent the better part of an organisation’s total greenhouse gas output, according to the United States Environmental Protection Agency.

“Reducing consumption of land-reared meats, in particular beef, is the single biggest lever that everyday consumers can pull to reduce their day-to-day carbon footprint – and the same is true for decarbonising your investment portfolio, cut the beef!” says Forbes.

Analysing forest risk – that is, whether companies are procuring commodities such as palm oil, soy, cattle and timber from tropical forests in a sustainable manner – forms a crucial part of the ETF’s structure.

“You might have a company breaking new ground in the plant-based foods sector and thus part of the urgently needed transition to a more plant-based consumption model, but what if that company utilises palm oil in its products?” Forbes adds.

He points out that while the shift to plant-based diets is crucial in reducing greenhouse gas emissions and deforestation linked to meat production, palm oil continues to be a leading cause of deforestation in Malaysia and Indonesia. “You don’t want to just be shifting the problem from one commodity to another,” he says. 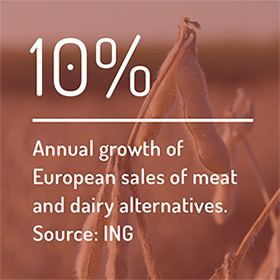 Meanwhile in the Amazon last year, primary forest loss increased sharply by 17%, despite the pandemic. Data from the Monitoring of the Andean Amazon Project (MAAP) shows that nearly 2.3 million hectares of rainforest were lost throughout the year. Much of the deforestation in countries such as Brazil and Colombia appeared to be linked to cattle pastures, the group said.

Rize works with the Carbon Disclosure Project (CDP), a not-for-profit that runs a disclosure system for investors and companies, including data around forest risk. “If companies aren’t willing to be transparent, then they’re not contributing to a sustainable future of food and they’ve got to be taken out,” says Forbes.