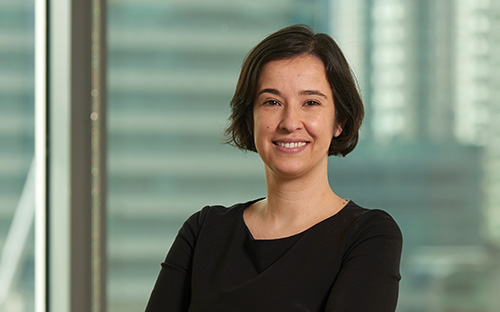 Over the years Ana Harris of SSGA has seen environmental, social and governance (ESG) investing wax and wane. Now a key feature of today’s investment landscape, the managing director of the $2.9 trillion investment giant tells Romil Patel why measuring beyond pure performance is imperative for full-scale impact.

For various reasons, however – from investors looking at how fully funded their schemes were to focusing on implementing new regulations instead – that interest would then subside. This resulted in incremental ESG development and, consequentially, questions around its impact on performance. These still linger in some investment quarters.

While countless hours have been lost in debate about ESG’s effect on returns, we’ve witnessed an explosive 18 months. Mass climate strikes led by young people across the globe have helped reshape both social and investment attitudes, and there have been louder calls to axe oil funds, particularly after Norway’s $1 trillion sovereign wealth fund was given the green light to ditch $13 billion in stocks linked to fossil fuels.

SSGA has observed a stronger ESG pick-up when it comes to portfolios in Asia, especially at a government and sovereign wealth fund level, as authorities increasingly realise that a significant part of their population and resources are exposed to dramatic changes in the climate.

As warnings about the time left to limit the rise in global temperatures to below 1.5˚C this century become ever-more stark – timescales range from 18 months to just under 12 years – the climate and carbon have become urgent investment themes, meaning the traditional constrained approach will no longer suffice.

In short, the cost of pollution generated by various industries has not been borne by the companies, but by society. From a performance perspective, they did better than they would have had those costs been integrated into their operations. Instead, though, society shouldered the burdens.

“If you look beyond share price performance using broader society metrics of the [United Nations] Sustainable Development Goals (SDGs), you can see the positive and negative externalities, so a more holistic approach to ESG is necessary to make a change,” says Harris.

As the data, research and evidence around ESG grows over time, so will the cohort of investors who are convinced on its return enhancement. But how should investors apply these measurements?

Setting the tone
ESG investing is about focusing perspective to achieve long-term outcomes – and part of the challenge that companies face is aligning differing organisational objectives to the long-term vision. This is where a strong board comes in, says Harris.

“The example comes from the top,” she adds. “The guidance, framework and support for the various initiatives need to flow from the top down.”

Engagement and open discussion provide the starting point for investors, but if repeated attempts through the proxy voting cycle fail, managers could opt to broaden their vote against a specific company, she notes. In other words, instead of just voting against the head of the nomination committee, the action can be expanded to a broader set of directors.

“If you want to see genuine change and evolution, the tone needs to be set from the top and you need to get engagement from the board,” says Harris. “There has to be action and the initiatives have to be reinforced by the board and board actions, so they trickle down.”

Articulate your vote
SSGA launched its Fearless Girl campaign in 2017, calling on companies to add a female director. According to the firm’s stewardship activity report published in the first quarter of this year, 67% of the companies that were identified took no action or failed to articulate a commitment to do so.

So, how soon should investors expect results?

Earlier this year, SSGA’s proxy voting record on gender diversity attracted scrutiny after it failed to support a series of resolutions on this area (voting against six and abstaining on two), despite the topic being its key engagement focus. But engaging with companies to improve outcomes can take time, and investors may either vote against or abstain on certain shareholder proposals – giving companies that pledge to make changes with the time to follow through – or hold them to account if they don’t.

“From next year, we will escalate this in terms of voting across the board against the nomination of a series of directors,” says Harris. SSGA says it will vote against the entire nominating and governance committee in addition to the chair if gender diversity is a running concern for four years and productive dialogue proves fruitless.

Keeping informed
At an industry – and social – level, if we are to reap the positive impacts of tilting to better ESG-scoring companies and truly transition to a lower-carbon economy, a more concerted push must take place. While several initiatives and discussions on sustainable investing are in progress, we are not always seeing big shifts in capital allocations that would make a meaningful difference in a short space of time.

Looking ahead to the next 12 months, she expects greater transparency on a variety of ESG credentials driven by increased disclosure.

“There can be a difference of opinion between scores and there is always a level of subjectivity, but we will be better informed by the end of that cycle.”