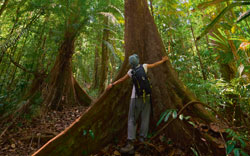 Once, it seemed, investors could not go wrong with emerging market bonds. Fund managers are more cautious now and opportunities may be for the bravehearted only. David Stevenson explains why.

Figuring that nothing boosts returns better than the good spot of an out-of-favour asset class or strategy, investors are forever on the lookout for the ‘comeback kid’.

So, with much of the markets’ enthusiasm for emerging markets  having ebbed in recent years, it would be a surprise if investors weren’t again running a ruler over local currency emerging market bonds.

Last December, regular data from the Institute of International Finance (IIF), the global association of leading financial groups, showed the sharpest drop in overall portfolio investment flows into emerging markets since 2013’s ‘taper tantrum’ over the Federal Reserve’s strategy on US interest rates.

Emerging market growth through the decade from the late 1990s averaged 3.3% a year, better than the US, UK and Europe. Nearly three-quarters of emerging economies grew faster than the US in this time according to the Peterson Institute, a Washington economic think-tank.

With rich economies slashing interest rates in the financial crisis, driving down yields on their government bonds in the process, the higher returns from emerging market debt perked up investors’ interest, despite the risks. The search for yield was on.

But as recovery took hold in the wake of the crisis, market attention and investor interest flipped dramatically back to the rich West as the US and Britain led the recovery – something the International Monetary Fund (IMF) recently predicted would carry on in 2015.

At the same time, the appetite for emerging market debt fell as once soaraway economic growth slipped (or in some cases slumped) and traders and strategists fretted over increased economic and political risks.

The investment landscape of many of the biggest emerging markets has been rocked by the plunging oil price, faltering and uncertain growth (if not outright crisis) in many key economies and political turmoil across the Middle East, Ukraine and parts of Latin America. The headwinds for investors are whipping up into a potent storm.

“There’s a lot more divergence than there used to be,” says Koon Chow, fixed income strategist at Union Bancaire Privee. “A lot of big [emerging market] countries didn’t put through any reforms at all, they’ve borrowed more, meaning their burden of debt levels increased [and] they’ve made themselves more vulnerable to shocks.”

Key among the former favourites hit by these upheavals are Russia – knocked sideways by the oil price slump and subsequent plunge in the rouble – and its unhappy neighbour, Ukraine, with the impact spreading across CIS states such as Kazakhstan and Azerbaijan.

In Latin America, the big emerging market players are also beset by the tumbling cost of crude oil. Oil exporters such as Venezuela (though it doesn’t issue local currency debt) watch their state revenues plummet, sparking fears over soaring risks of default and credit rating downgrades.

At the end of January, Standard & Poor’s (S&P), the global credit rating agency, downgraded Russia’s sovereign debt to junk status – putting it below investment grade for the first time in a decade or more. At the same time, there are warnings that markets from Turkey to Brazil, and from South Africa to Bulgaria, could also face credit downgrades. The bad news for these countries’ bonds could well be aggravated by an important technical factor – that any downgrade could trigger forced selling by investors whose client mandates require that they hold only investment-grade bonds. In Latin America, market-watchers say countries such as Brazil, Mexico and Colombia could be exposed to such a danger.

Despite the gloom, some strategists and traders still see upside potential in selected local currency debt. And for some contrarians, the storm clouds offer opportunities.

Jan Dehn, an emerging market investment manager at Ashmore Group, points to ‘terms of trade’ advantages. In some countries, a loss of export earnings triggered by tumbling commodity prices has been accompanied by an economic boost arising from the fall in import costs. Dehn advocates some approaches that “go against normal thinking” and notes that reliance on commodities in some emerging markets has declined markedly.

And even war-torn Ukraine finds interest from some quarters. “Ukraine, until a year ago, we didn’t look at [its sovereign bonds], but we do now,” says Stuart Culverhouse, chief economist at frontier market investment banking boutique, Exotix. “Where there is distress, we will look at it, and that fits our frontier model.”

Patrick Mange, an emerging market strategist at BNP Paribas Investment Partners, stresses that bets on the more strife-hit countries are not for the faint-hearted. You have to have guts, he says, to invest in Russian debt.

Turning to the anxieties over Brazil, Valentina Chen, portfolio manager for emerging market fixed income at Vontobel Asset Management, says: “It’s an interesting country to invest in. Brazil’s nominal yield of 12-13% compensates you for about a 20% foreign exchange depreciation. Obviously the currency can depreciate below 20%, but at this yield you’re protected.”

THE TOUGH GET GOING
The quantitative easing programme of the European Central Bank (ECB), coupled with the rise to power of Syriza in Greece, have added another twist to strategy calls. While the anti-austerity party’s election win may yet cause Greek debt to tumble, the ECB moves have insulated other periphery and emerging European economies and sparked a eurozone bond market rally that will add to the competition for clients’ money from investors choosing between emerging markets and the West.

Any comeback for emerging market local currency debt in the medium term is, then, a tall story for all but perhaps the boldest investors. Yet as the going gets tough, it seems the advice from those in the know is that it’s time for the tough to get going and make the big calls on just where to put their money.