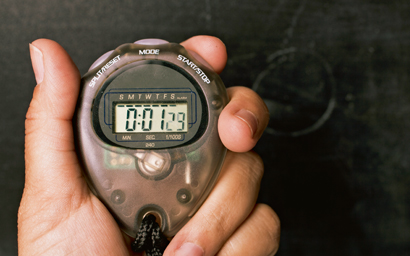 As MiFID II’s implementation emerges on the horizon, one aspect of it – the ban on ‘retrocessions’ – is looking operationally burdensome. Nick Fitzpatrick speaks to experts about the challenges.

Financial advisers and fund managers have less than 18 months to determine how they will support the partial ending of ‘retrocessions’ in the EU.

The ban on commissions paid to fund selectors by fund managers is contained in the Markets in Financial Instruments Directive II (MiFID II), due to be introduced in early 2017, which contains a whole raft of regulations affecting fund managers.

Banning inducements is likely to be operationally challenging for distributors and fund managers.

Distributors with international distribution beyond Europe – and the fund managers who serve them – will find themselves working in an uneven environment, where inducements are banned in the EU but not in other parts of the world.

To some extent, this unevenness of approach is already the case in Europe, where Denmark, Holland and the UK already have bans in place. How will fund managers adapt? And do other countries where bans exist offer any guidance about how to operate in this landscape?

DIFFERING APPROACHES
Andrew Power, a retail financial services partner at Deloitte in the UK and an expert on the UK’s Retail Distribution Review (RDR), has seen a divergence of approaches within fund management firms. He has looked at Luxembourg-domiciled funds sold by independent financial advisers (IFAs) in the UK under the RDR. The UK implemented RDR in December 2014 and, among other requirements, banned advisers from being paid retrocessions by funds.

Managing funds that have different approaches to retrocessions will increase the focus on a fund’s economic viability. A multi-approach will, naturally, be more expensive.

“There is a certain fixed overhead in terms of governance and reporting which may force people to merge or close small funds,” says Power.

The more funds are divided by approach to retrocessions, the more they become subscale, which increases compliance burdens and room for mistakes. For example, clients that should be in a retrocession-free fund might be put into one that pays a retrocession instead. A situation like this could happen when expats move back to their native country where there is a tough stance on inducements.

“There could be a problem when a UK person purchases a fund in a foreign country and pays the retrocession, but then moves back to the UK,” says Power. It’s a grey area, he says. Initially, moving the repatriated client to the retrocession-free fund might look like the most obvious thing to do, but a large capital gains charge might be incurred.

Neil Curham, executive director at fund management consultancy Alpha FMC, refers to the whole “operational mess” that people are trying to work out, which might variously have firms looking at how retrocessions can be handled through fund platforms, or by their own in-house system. But that’s just one theme, he says.

PUZZLING IT OUT
The other aspect goes into the whole question of what advice will look like going forward as inducement bans are adopted.

“We are working with a number of managers that are really trying to work out where advice fits and how they can provide a product into that channel that is as clean and efficient as possible,” says Curham.

He adds that a “partner-led” retail market could emerge and says Alpha is working with firms that are in active discussions. Firms might partner on marketing, as the retrocessions were originally meant to cover marketing costs for a distributor to promote a manager’s fund.

Platforms have seen this as an opportunity, he says.

The deal between Schroders and low-cost ‘robo-adviser’ Nutmeg is an example, says Curham. Nutmeg provides fund management to clients who do not have an IFA because they find financial advice too expensive in cases where adviser fees may have increased to compensate for the loss of revenue from the terminated retrocessions.

“Others are going the next step and actually building out what will be a fairly substantial channel going forward, either in direct [to consumer] execution-only, or in a direct semi-advised role.”

One major European fund manager, JP Morgan Asset Management (JPMAM), made a significant change in June to its direct business when it announced it had moved about 7,000 direct clients in the UK to Hargreaves Lansdown, an IFA firm. The clients represented about 6% of JPMAM’s individual client accounts.

The firm said it would no longer offer funds from other fund managers and has stopped providing its self-invested personal pension. Only its own funds are offered to individual clients, either directly or via an Individual Savings Account wrapper.

Asked about the burgeoning direct retail market, Massimo Greco, head of continental Europe funds, acknowledges that banks have pulled back from advice and some IFAs have quit the business, but adds: “From our point of view, it is not material in terms of a change in our distribution.”