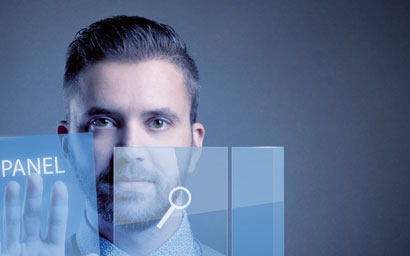 Robeco’s web analytics have given its fund sales a boost. At the same time, writes Nick Fitzpatrick, Aberdeen Asset Management looks like it’s planning something big in digital.

Anyone who has ever bought books from Amazon knows that one of the world’s most efficient sales reps is perched at the checkout. It is automated and paid no salary, but it knows the buying habits of millions of people who bought the same book as you and stands a good chance of selling you another.

Dutch fund manager Robeco has integrated web analytics and automation with mailing and client management to boost fund sales for some time.

For example, web visitors who look at a Robeco fund three times in two weeks are sent supplementary information (such as a fund manager webinar) if data shows they are not invested in that fund, says Monique van Wensem, head of retail marketing and sales at Robeco in Rotterdam.

“We see that this process, which is purely automated and based on behaviour, has a conversion rate of almost 10%, which is very high,” she says.

“It is cost-efficient servicing and more client-centric because it is based on the actual interests of visitors,” she adds. “This is only done if they have accepted cookies, of course.”

Digital success in direct online selling to individual fund investors has been crucial since Robeco decided to go completely online in the direct retail market segment in 2012.

Digital is also more important to other fund firms as they seek direct, cost-efficient links with end consumers. There are supposedly thousands more of these customers after regulatory changes in the Netherlands, the UK (and in future, potentially broader Europe) left them bereft of financial advice. As a result, many more may be willing to ‘accept cookies’ and start saving directly, with fund managers acting as their guide.

To be a good guide, fund managers know they have to engage their customers. In the direct-to-consumer (D2C) market, firms are now more reliant on their own digital innovation than the innovations of their distribution partners, especially where distributors are not investing in less profitable parts of the retail market.

Schroders took a leap into this unchartered area with its 2014 deal with Nutmeg, an online provider of D2C low-cost investment portfolios that uses so-called robo-adviser software to support fund buyers in their decision-making.

Meanwhile Aberdeen Asset Management, one of Schroders’ chief competitors, is examining its digital options carefully; chief executive Martin Gilbert is said to have met Google in 2014 to look at the challenges and opportunities presented by social media.

In December 2014, Aberdeen ramped up its digital D2C push with the hiring of Rob Hudson, formerly of Charles Stanley Direct, as its newly created head of business development for direct customers.

Funds Europe asked Hudson about progress achieved so far. He would not go into specifics, but made it clear that, helped by its trusted brand, Aberdeen plans to position itself as a life partner for digital users who do not want paid-for advice, or to go it alone, but who do want guidance.

The picture he paints is of a vacuum in the retail market, caused by distributors leaving less profitable parts of it, which is sucking in non-advised investors. Robo-advisers are also filling it and Aberdeen’s D2C strategy appears to be heading there too, with a low-cost product set and the offer of a brand for savers to identify with. The company also has access to algo-driven actuarial assumptions from a leading pensions consultancy, which will help it engage customers with investment wisdom digitally imparted.

A PURPOSE IN MIND
In the D2C market, open architecture fund platforms – which sell the funds of multiple brands – are predominant and there is a glut of usually generic product information, says Hudson.

“This is all still relevant, but although traditional [do-it-yourself investors] are serviced quite well, I’m looking at the services needed by broader end users and looking at what’s going to engage this growing market.

“I’m looking at encouraging individuals to save with a purpose in mind and to get clients to think about what that purpose may be, or what a realistic goal is.”

Hudson adds: “We are looking at lifetime savings, the whole journey and wishing to be a savings partner all the way through it.”

The end result in product terms will be “simple, asset-based building blocks”, a solution rather than an amalgam of products. It will come with guidance – perhaps first about moving from savings accounts to simple investments – and ultimately, after potentially a lifelong journey with Aberdeen, guidance at retirement.

Hudson speaks about the at-retirement market frequently, in light of changes in the UK that give retirees more options than just taking an annuity. He highlights a venture Aberdeen entered into this year with pensions actuaries Hymans Robertson. Aberdeen gets the use of Hyman’s data and technology, which the consultancy has used to great effect in the workplace pensions market.

The end result in product terms might also be described as “guided architecture”, in the sense of Aberdeen using its funds for people who feel guidance is more important than choice.

“We think the clients’ prerequisites for products are probably costs, quality and authenticity of the asset manager, so we don’t necessarily believe there is a requirement for choice,” says Hudson.

He also describes the investment offering as consisting of “multi-asset beta solutions” that primarily track the various assets that are within them, “providing clients with good outcomes rather than promising or selling product via outperformance”.

“An angle of costs goes hand-in-hand with the digital channel,” he adds.

Low-cost trackers, principally exchange-traded funds, make up the Nutmeg offering and, by extension, Schroders’ offering through the Nutmeg channel. However, Hudson says there is not a parallel to be drawn between Aberdeen’s plans and the Schroder/Nutmeg model.

“We are looking very much at opportunities and challenges that savers have, not just those in the save phase, but also guidance and clarity at the other end of the cycle.” In some ways, this is a greater challenge with greater complexity, “which is to do with our link with the actuarial expertise of Hymans Robertson”.

Aberdeen is getting to grips with digital. Martin Gilbert is already a quite prolific Tweeter of golf. So what might be the role of a social media giant like Facebook or Google?

According to Hudson (who is not necessarily speaking about specific meetings with social media giants): “Collection of data is a key. You lose clients quickly if you’re asking them to fill in reams and reams of information, so from a Big Data perspective, we are looking at ways of collecting data that have already been collated.”

Digital is about engagement, not just selling, but it is a powerful sales tool for fund managers. Robeco’s 10% conversion rate from its automated processes can’t be ignored.

Robeco’s latest development is to link its Robeco App, which was launched in 2011, to iDeal, an ecommerce payment system in the Netherlands.

From this month, the app should allow Robeco fund investors to switch cash from any other Dutch bank into their Robeco investments. Prior to this, the app just supported Robeco fund transactions, like transfers.

The firm launched Robeco App, which gives investors information and insights about their portfolios and supports transactions, in response to a large growth in visitors accessing the Robeco website from mobile devices. At present, 25% of visitors are mobile, says van Wensem. The app has nearly 40,000 users.

“We launched it because mobile use was increasing. It was before the ban on retrocessions, but the ban is forcing our industry to look for more efficient ways to service clients and I think the app is a way to do so.”

In addition, van Wensem says it has increased client satisfaction. But before you rush off to develop one, bear in mind that van Wensem is more concerned with the development of responsive websites.

“In future, responsive websites will be far more important than apps. They will allow managers to lower the cost of development because you would only have to develop one platform, not multiple ones,” she says.

At the end of the day, it’s just an app, but with fund management widely considered to be behind the digital curve, the app means Robeco is probably ahead of it.