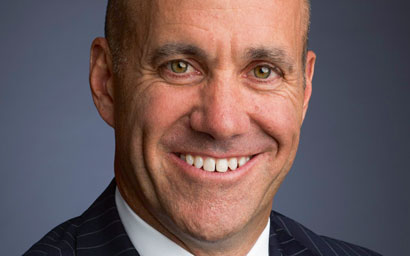 Jeff Conway, regional chief executive for State Street, talks to David Stevenson about regulation and how the firm will handle the challenge of tech disruption.

Jeff Conway, chief executive officer, Europe, the Middle East and Africa for State Street, has over 25 years’ experience with the firm. He has regional responsibility for services including securities lending and trading, and research functions. Although he has spent a large part of his career based in the UK, from 1998-2001 he was managing director of State Street Australia, so has a global view of the asset management industry.

Talking about the regulatory tsunami coming from Europe, Conway doesn’t mince his words. “[When] I hear words about burden and intensity, to me it’s just the new normal. The sooner we accept it’s the new norm, the better,” he says.

The wave of new regulations is not going to subside, he says, so don’t wait for that to happen. Conway says risks and controls to do with regulations are central to the organisation at State Street and it aims to use common practices where possible to rationalise where market requirements exist.

The requirements he means are those that came to the fore after the global financial crisis and relate to capital requirements, liquidity and transparency. Being one of the world’s largest custodian banks, directives such as Basel III and the updated Markets in Financial Instruments Directive (MiFID II) are aimed as much at State Street’s clients as they are at State Street itself.

“If I solve my data reporting requirements, I can help my clients’ challenges,” says Conway.

These challenges include pressure on active fund management and challenges from low-yielding markets across Europe. Conway says that clients “need us more than ever” after being hit with regulatory change and says State Street aims to help its customers evolve their business models to remain profitable.

One theme that is increasingly important to custodians is how they will adapt their technology to create efficiencies, keep costs manageable and reduce manual operations that can lead to errors.

Conway points to Beacon, the firm’s digital transformative technology. In February, State Street revealed that it was investing about $800 million (€745 million) in Beacon. Its aim is to produce savings of $650 million a year for five years; this will be achieved by automating end-to-end processes between the firm and its customers.

GLOBAL REVOLUTION
According to Conway, these include everything from processing custody activities, to collateral management across markets to create a digital operating model. He adds that while the initiative has been started this year, the aim is to roll it out across the globe in the near-term.

Again, one of the drivers for the technology push is regulation. Conway says that ability to control data from end to end is crucial – particularly given the upcoming European data protection legislation, due to come into force in May 2017.

“Having strict controls on data protection is now a necessity. If you don’t have that, given what’s happening around the EU, it will be a punitive outcome,” he says, adding confidently that “we’re going to be the best at it”.

Conway says he is less concerned with disruptive new entrants coming into the asset management industry because he is confident about Beacon’s potential. He sees it as able to improve the client experience by being in a better position to feed through core data to customers. This will give greater transparency in terms of processing activities to create better integration between State Street and its clients in terms of how they do business.

Conway also sees it as a way of developing new products. With its clients’ data aggregation issues and liquidity analytics, Ucits V liquidity requirements demanded by regulators in each of their markets is an opportunity for the firm, he says.

“Many organisations take different approaches to digitalisation. We started with the engine room,” says Conway.

But blockchain has been the talk among industry executives this year and is something that firms do not want to be left out of. Conway views blockchain as an “enabler” and has been testing the new technology. The firm has been staying close to fintech companies in Silicon Valley, Berlin and London to make sure it partners with some of the best ones, and is exploring ways to align itself with new developments.

However, he does not want to be overly hasty when entering into what is largely an untested area. “There’s a balance of being leading edge and being too late,” he says.

OPTIMISM
Despite the well-publicised low growth environment in Europe and other developed markets, Conway remains unwaveringly optimistic. He says from a macro standpoint in Europe, there are still growth opportunities, as savings levels remain high.

While much has been made of negatively yielding government bonds in core European markets and negative interest rates imposed by many central banks, including the European Central Bank, Conway says that because people have to do something with their money, it’s not surprising that there has been a continued growth of assets in exchange-traded funds, Ucits funds and other types of mutual funds, including multi-asset funds.

Though this interview took place before the US election, Conway did say, rather prophetically, in reference to the UK’s shock vote to leave the EU: “The US is no different to what’s happening over here. You could have the same situation with [Donald] Trump, with people not wanting to admit that they’re voting for him.”

As for dealing with the uncertainty following Brexit, he says that ultimately, institutions will make moves to solve the challenge. They’re not going to wait for the government to work it out for them.

State Street’s European headquarters are in London, but it also has 45% of its workforce in Germany and 25% in both Ireland and the UK. There was no suggestion State Street would move its European head office, though it seems upheaval would be relatively contained.

And when it comes to regulatory or other pressures such as political and economic uncertainty, Conway sums it up like this: “It is what is, deal with it.”