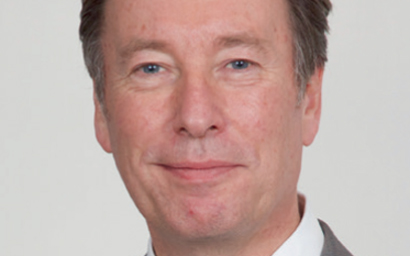 As we move towards 2016, firms across the financial industry will be setting out their budgets and plans for the year ahead – and it seems clear that market infrastructure, new regulations and tax changes will play a bigger role than ever in influencing and shaping that planning process.

BNY Mellon’s current regulatory timeline includes no fewer than 20 changes between 2015 and 2019, with an increased concentration in activity during 2016 and 2017. Our own annual EMEA Tax and Regulatory Forums are an opportunity not only to share our understanding of these changes but also to take a pulse check on the impacts, challenges and priorities that lie ahead.

Gearing up
Based on a survey of delegates attending our recent 2015 Forum in London, many firms are indeed gearing up for a period of increased activity in 2016:  53% of respondents believe they will spend more on managing regulatory change in 2016 than they did in 2015, up from 41% this time last year.

It is clear from the survey that some regulations are deemed to be more of a priority than others, the most important being FATCA/CRS, MiFID II and UCITS V.

FATCA/CRS and UCITS V are perhaps no surprise, given the proximity of their respective compliance deadlines early in 2016.  However, MiFID II has raced up the priority order in the past six months though this could again change as the deadline has recently been moved out to 2018.

The second ‘tranche’ of priority regulations include T2S, EMIR, Solvency II, the Financial Transaction Tax, and Money Market Fund regulation. Though viewed as a lower priority, the scale of the associated impact on specific firms should not be understated.

The current lower prioritisation on these regulations may also reflect the fact that some of them are still at the proposal stage, and hence resource and investment are yet to be allocated in 2016.

It is not surprising to see some of these deemed low priorities. In the case of Volcker, for example, the impacts have been largely addressed.

However, others – such as PRIPS and BEPS – are not dissimilar to other changes such as CRS and MiFID II, both in terms of their potential impact and their timing; accordingly, they can be expected to become higher priorities as we move through 2016.

Immediate impacts
When asked if these regulations would have a material impact on their firm, 85% of delegates polled agreed that this would be the case over the next 12 to 36 months. Immediate impacts are expected to be felt around resourcing, projects and IT, with 42% of respondents delaying product development in favour of other investments due to regulatory related work.

The survey did suggest firms see benefits and potential opportunities arising from regulations, but these are at once ill-defined and some way off, probably beyond 2017, by which time the hope is that the volume of regulatory work will have begun to decline.  However, 2016 and 2017 look to be very busy and challenging years.

The views expressed herein are those of the author only and may not reflect the views of BNY Mellon. This does not constitute investment advice, or any other business, tax or legal advice, and should not be relied upon as such.