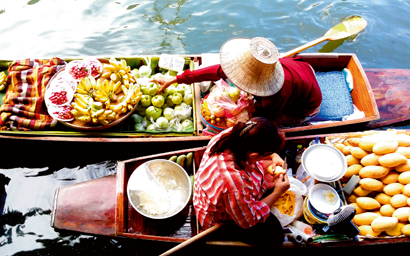 It’s safe to say that emerging markets have been in the doldrums for some time, ever since the 2013 ‘taper tantrum’, when the US signalled it was scaling back its asset purchasing programme. Prior to that, investors couldn’t get enough of emerging market debt.

How times have changed.

In the past year, Asia has seen China’s Shanghai Composite Index lose 30% of its value in a month. This coincided with a weekly record for Chinese bond redemptions, suggesting the tide of investor sentiment has turned away from one of the world’s fastest-growing regions.

But firms such as Aberdeen Asset Management and Matthews Asia are still launching Asian credit funds, so there must be an appetite for this asset class. Aberdeen’s chief executive Martin Gilbert attributed his firm’s dramatic drop in assets under management this year to problems in emerging markets, but asked for investors’ patience on the assumption markets will turn.

The Federal Reserve may once again cause problems for Asian debt, much of it dollar-dominated, as this month the US central bank is expected to raise interest rates for the first time in almost a decade. This time around, though, the havoc of 2013 is unlikely to
be repeated.

“The 2013 taper tantrum was a shocker. The tightening of rates is not a shocker,” says Boon Peng, chief investment officer of fixed income at Eastspring Investments.

This is to say that the proposed hike has been signposted for so long that bond markets are expecting it. One thing the bond market hates is surprises and Janet Yellen, the Fed’s chairwoman, has been saying that the increase in rates will be gradual. Many expect around four hikes next year, each around 25 basis points (bps).

China envy
China, the V8 engine of emerging market growth, has huge levels of private debt but relatively low levels of public debt; its debt-to-GDP rating is about 30%, a figure some developed countries would envy. The amount of private debt is due in part to numerous rounds of quantitative easing in the US: a lot of the money wound up in emerging markets, as investors turned to the carry trade – that is, borrowing in a low interest rate country and putting it to use in a higher interest rate economy.

The abundance of cheap financing has led to casualties, however. Shanshui Cement defaulted on its short-term bonds last month, although it is still servicing its external debt. But China has a low level of defaults and one of the major reasons investors are keen on it and other Asian markets is that China has the tools to fix its economy.

An easy way to divide emerging markets is between commodity exporters, such as Latin America, and importers such as Asia. In the current climate, countries that import commodities – oil, for instance – are clearly the more desirable markets to invest in. The oil price has halved in a year.

There are exceptions to this rule, of course: Malaysia, for example, is an oil producer.

Commodities aside, another major factor is policy reform and the countries’ ability to use it.

Reforms and resilience
One of the factors that separates Asia from other emerging market regions is its programme of structural reforms, which has made the region much more resilient since the Asian financial crisis of 1997.

“China has the largest margins of manoeuvre in fiscal and monetary policies,” states Patrick Mange, emerging markets strategist at BNP Paribas Investment Partners. The country has already had to employ some of these tools to boost the economy, including devaluing the renminbi by almost 2% and cutting rates.

China is not the only country using monetary and fiscal reform to boost its economy. India, Indonesia, South Korea and Thailand all cut rates this year in a bid to loosen monetary policy. However, some are sceptical as to how much impact these measures will have on bond markets.

Adam McCabe, head of Asian fixed income at Aberdeen Asset Management, says: “The key for us is that the reforms aren’t going to deliver quick returns for bond investors in India. Yields are at about 7%-7.5%, with the focus on reform, the key is to increase the productive capacity of the economy.”

He adds that Indian bonds are probably one of his firm’s highest-conviction strategies, as the country has a “standout economy”. India is also a difficult market for foreigners to enter, although extremely attractive. The first launch of an Indian bond exchange-traded fund on the London Stock Exchange, by Indian firm Zyfin Funds, is perhaps an illustration of this.

The Philippines’ credit market is attractive to Mange thanks to reforms put in place to boost productivity as well. He says that even though the yields are not very high, he would “play quality, not carry” – essentially sacrificing yield for safety.

Another measure Asian countries are employing to boost their credit markets is deleveraging. Sam Diedrich, portfolio manager at Paamco, explains that the Chinese government is providing a lot of local currency liquidity through monetary policy, and companies are using this to deleverage their dollar-dominated debt.

Yerlan Syzdykov, head of emerging markets at Pioneer Investments, adds that there has been a decline in credit growth due to dollar appreciation in Asia and the move to local currency will give domestic bond markets a boost.

Aberdeen’s McCabe sees the deleveraging of dollar-denominated debt as being mostly beneficial to companies with lower credit ratings that have been restricted from onshore funding for regulatory reasons until recently. He views this as a positive fundamental for the Chinese debt market.

The vast majority of debt issuance from China and Asia as a whole comes from investment grade companies; estimates put investment grade issuance at around 80%. Despite being investment grade, the credit spreads are wider than their developed market counterparts, illustrating why Asian credit is an attractive investment. The deleveraging of debt appears to take place in higher-yielding companies and, according to Syzdykov, this is especially true of property companies.

While many Asian countries have taken monetary policy decisions to boost the attractiveness of their credit markets, Japan’s ‘Abenomics’ – and with it, the large scale devaluing of the yen – may be hurting other export-driven markets, such as Korea and Taiwan. On top of this, China has improved its manufacturing capabilities, so rather than just being part of the supply chain, it can manufacture and sell completed goods to its growing middle classes, says Syzdykov.

Foreign ownership
In current market conditions, countries that are susceptible to external shocks are considered risky. While this will be reflected in higher bond yields, it may not appeal to investors.

An issue arising from the renminbi’s inclusion in the International Monetary Fund’s special drawing rights mechanism is further interest from foreign investors in China’s bond market. Goldman Sachs estimates it will attract $1 trillion (€920 billion). Overseas investors already hold around 1% of the $3.6 trillion of Chinese local-currency government notes, compared with 40% in Indonesia, 32% in Malaysia and 17% in Thailand. India, with outstanding sovereign paper equivalent to $639 billion, announced in September a plan to lift the cap on foreign ownership from 3.8% to 5% by early 2018.

Aberdeen’s McCabe is concerned about foreign investment into Asian bond markets, not least about whether this will be hot money that leaves suddenly. However, foreign investment in Indonesia has declined and, as Syzdykov observes, Chinese banks have become a real force in China’s domestic bond market, holding around 40% of debt.

In other markets, including those that used to be dominated by foreign investors, the growth of financial intermediaries means that bonds are being held increasingly by domestic investors. For domestic investors, such as pension funds, their horizon tends to be more long-term, so a flight from funds is
less likely.

But for firms launching funds that tap into Asian credit markets, the ability for foreigners to own bonds is crucial. A balance needs to be struck: bond markets need to be insulated from external shocks that could lead to a flight of capital, such as the impending Fed hike (though if the consensus is correct, the impact should be negligible) and also be attractive to external investors.

The future prospects for Asian credit as an asset class looks promising. Mange is nonetheless concerned that the deleveraging process will take a long time and that as long as it goes on, it will act as a headwind. Even so, he adds: “Everyone thinks growth will pick up in 2016.”

McCabe says that Asian credit spreads for the same credit quality are generally wider than they are in the US and valuations are attractive: “We see these metrics as being quite appealing for the longer-term story with respect to investments in the Asian credit markets.”

In terms of individual markets, Eastspring’s Peng says his firm is neutral on Malaysia, a shift from its former negative stance. “It’s hard to see whether the political landscape will improve; hopefully the terms of trade will improve, in the near-term you cannot be to bullish on the currency due to the commodities [rout].”

With Chinese sovereign debt issuance dwarfing others in the region, Asian credit markets are deep and offer good value at present. Compared to other emerging market regions, the structural reforms put in place by many Asian states makes it a far more attractive place for investors to enter its debt markets.